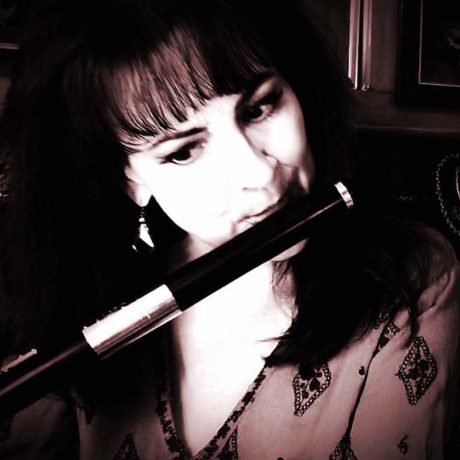 Lisa Doss has been Instructor of Flute at the University of Arkansas at Little Rock since the Spring Semester of 2017.  She holds a Bachelor of Arts in Music Performance from Arkansas Tech University studying flute with Philip Sample and Mary Kay Adams and voice with Nita Herrick and Roland Shaw. Ms. Doss also received a Masters of Secondary Education from the University of Arkansas at Little Rock concentrating her music study on strategies for teaching the reading of music, performance anxiety, conducting and Schenkerian Analysis.

In addition to teaching flute and the flute ensemble at UA Little Rock, she maintains a private studio serving area junior high and high school flute students who have excelled at both regional and state levels.

Ms. Doss taught in the North Little Rock School District for 27 years conducting the Concert Band and the Marching Band at North Little Rock High School.  In addition, she conducted and arranged for the North Little Rock High School Jazz Band and taught beginning woodwinds.  Most recently she worked with students in the International Baccalaureate Program teaching research and writing, Theory of Knowledge, and a history of Wars and US Foreign Policy during the 20th Century. Her students consistently scored above the worldwide average in all three areas, and many of these students continue to excel in research and academics today. Ms. Doss was recognized by the North Little Rock School District on multiple occasions for excellence in teaching, has been honored by the Pulaski Heights Lions Club for the same, and was acknowledged by Channel 7 as a “Spirit of Arkansas” for her work with the North Little Rock High School Marching Band. She has also received educator recognition through Arkansas’ Governor’s School and the Mayor’s Youth Council in North Little Rock and has been designated an Eagle Scout Mentor for the encouragement she provided a student on his quest to become an Eagle Scout. Ms. Doss has presented professional clinics on academic writing, the jazz band rhythm section, and recruiting strategies for beginning band. A great number of Ms. Doss’ former music students are now teaching and performing locally and nationally.

Ms. Doss’ performance credits include touring nationally with a Las Vegas based show band, traveling regionally with a progressive rock ensemble co-writing the music, and performing locally in the singer/songwriter tradition. She has also sung with the Pro Musica vocal ensemble and worked with orchestras in the musical theater genre. She most recently served as Creative Consultant for Virgo, a jazz project composed by Rex Bell and recorded by the Rex Bell Trio. Ms. Doss conceptualized the project, supervised the artwork, wrote the extended liner notes, and played flute for this project that was featured on WKRB Radio in Brooklyn. She currently writes and records music with the folk rock duo Finding Butterflies where she sings, plays keyboards, and plays both the flute and the Irish whistles. The duo’s music, sometimes called Celtic fusion, has been received well both nationally and internationally with over 10,000 Followers and Fans on Spotify and Jango Radio combined.  She has been a member of Tau Beta Sigma, Sigma Alpha Iota, and Phi Beta Mu, and is currently a member of the National Flute Association, ASBOA, and ASCAP. She has also volunteered with Hearts and Hooves, the Argenta Community Theater, and currently serves on the fundraising committee for the preservation of the new North Little Rock High School Fine Arts Auditorium.