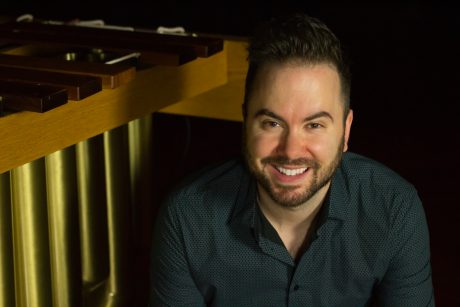 Dr. Justin Bunting (b. 1986) has an active career as an international percussion educator, solo and chamber performer, orchestral musician, clinician, and composer. His appearances include the Percussive Arts Society International Convention, the Midwest Band and Orchestra Clinic, the NEXUS Summer Percussion Workshop in Toronto, and the Great American Brass Band Festival. He currently serves as Assistant Professor of Percussion at the University of Arkansas at Little Rock. He previously served on the faculties of Western Colorado University, the University of North Carolina at Chapel Hill and Winston-Salem State University.

Active in the Percussive Arts Society, Dr. Bunting currently serves as President of the Arkansas PAS Chapter, is a member of the World Percussion Committee, and is a former member of the Collegiate Committee. Also, he had an article published on performance anxiety in Percussive Notes and is a reviewer for the New Literature and Recordings section of that publication. In addition to performing at PASIC, he has appeared PAS Days of Percussion in North Carolina, Tennessee, and Ohio.

Dr. Bunting’s book, Studies in Rosewood, is a collection of ten four-mallet marimba solos that allow students and teachers to develop technique, musicianship, and analysis. The book is available from C. Alan Publications. Three other works, the world/multiple percussion solo Across the Floor, an arrangement of the Dave Matthews Band song “#41” for solo vibraphone, and a world percussion duet titled Fusão Árabe are published by Bachovich Music Publications. He has also composed a piece for world percussion ensemble, collaborated to compose another world percussion duet, and has completed various arrangements for steel band. He has been a part of commissioning, premiering, or composing more than twenty works for percussion from composers including Ivan Trevino, Evan Chapman, and Emma O’Halloran.

Justin earned the Doctor of Musical Arts degree in Performance and a Post-Baccalaureate Certificate in Music Theory from The University of North Carolina at Greensboro, as well as a Master of Music in Percussion Performance from Belmont University and a Bachelor of Music in Percussion Performance from The Ohio State University. He has studied with acclaimed percussionists Eric Willie, Neeraj Mehta, Kristopher Keeton, Christopher Norton, Susan Powell, and Joseph Krygier as well as drum set and world percussion with Chester Thompson and Todd London, respectively.

Dr. Bunting is proudly a Malletech Performing Artist, an artist/endorser of Zildjian cymbals, Grover Pro Percussion products, and is a member of the D’Addario/Evans Education Collective.