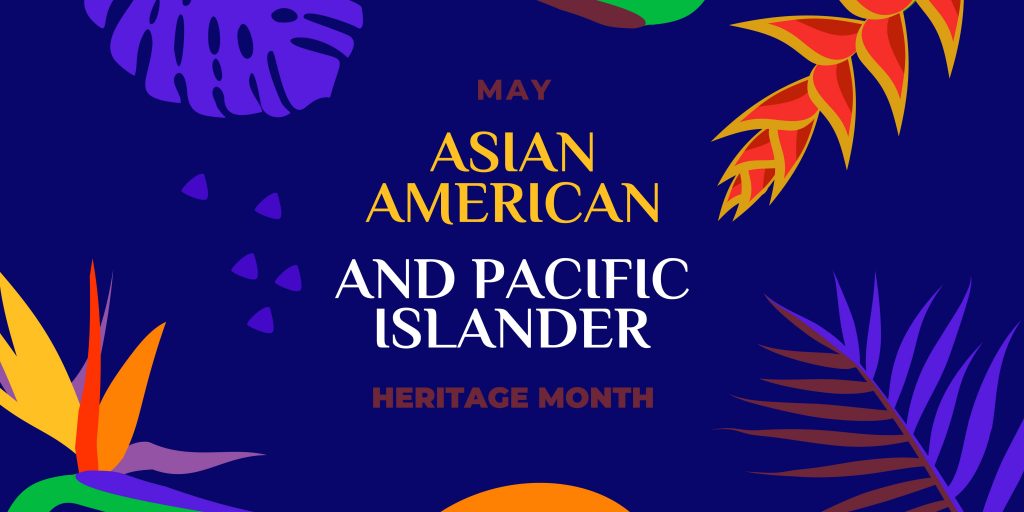 Though the COVID-19 pandemic has changed the way we celebrate this year, limiting face-to-face events, there are still a number of virtual events celebrating the heritage of Asians and Pacific Islanders in America and their contributions to our nation.

The Library of Congress is “paying tribute to the generations of Asian and Pacific Islanders who have enriched America’s history” by honoring the more than 300,000 living Asian-American, Native Hawaiian, and Pacific Islander American veterans.  See their virtual exhibit and corresponding virtual events at www.asianpacificheritage.gov.

The Asia Society is hosting “31 Ways to Celebrate Asian Pacific American Heritage Month 2021” by highlighting live programs — virtual and in-person. You can view their full calendar at asiasociety.org.

With 13 locations throughout the world, Asia Society is the leading educational organization promoting mutual understanding and strengthening partnerships among the peoples, leaders, and institutions of Asia and the West. Asia Society Texas Center executes the global mission with a local focus, enriching and engaging the vast diversity of Houston through innovative, relevant programs in arts and culture, business and policy, education, and community outreach.

May is Asian Pacific American Heritage Month – a celebration of Asians and Pacific Islanders in the United States. The month of May was chosen to commemorate the immigration of the first Japanese to the United States on May 7, 1843, and to mark the anniversary of the completion of the transcontinental railroad on May 10, 1869. The majority of the workers who laid the tracks were Chinese immigrants.

Like most commemorative months, Asian Pacific Heritage Month originated in a congressional bill. In June 1977, Reps. Frank Horton of New York and Norman Y. Mineta of California introduced a House resolution that called upon the president to proclaim the first ten days of May as Asian-Pacific Heritage Week. The following month, senators Daniel Inouye and Spark Matsunaga introduced a similar bill in the Senate. Both were passed. On October 5, 1978, President Jimmy Carter signed a Joint Resolution designating the annual celebration. Twelve years later, President George H.W. Bush signed an extension making the week-long celebration into a month-long celebration. In 1992, the official designation of May as Asian-Pacific American Heritage Month was signed into law.