How Brown v. Board of Education made a mark in Little Rock

The desegregation of Central High School in Little Rock, Arkansas, is one of the most pivotal moments in the Civil Rights Movement. The efforts of L.C. and Daisy Bates, attorney Christopher Mercer Jr., the Little Rock Nine and others who helped desegregate Central High began with the landmark U.S. Supreme Court case, Brown v. Board of Education of Topeka. 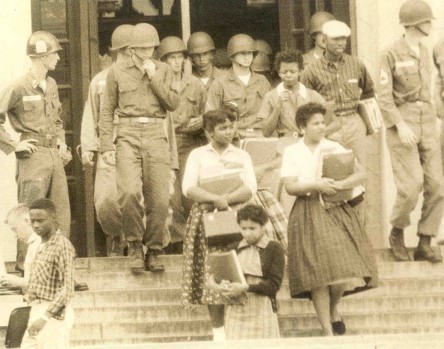 Because this ruling indicated that “separate but equal” facilities and accommodations were unconstitutional, the local chapter of the NAACP led by Daisy Bates was able to challenge local authorities and demand that public schools be desegregated.

The federal court case dealt with Linda Brown, a young black girl who had been denied admission to a local elementary school in Topeka, Kansas, because of the color of her skin. Chief Justice Earl Warren wrote in his opinion that segregation was unconstitutional both in Linda’s case and in all cases of educational segregation.

Throughout the country, blacks began to test the court’s ruling by enrolling their children in schools that had previously been closed to them. In many cases they faced opposition. Hattie Cotton Elementary School in Nashville, Tennessee, was bombed after Patricia Watson, a young black child enrolled, and Ruby Bridges’ family was socially and financially ostracized when they sent her to William Frantz Elementary School in New Orleans. 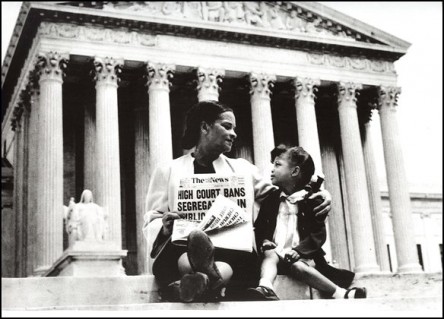 The mass resistance the Little Rock Nine faced in 1957 was immense; partly because of the reaction of then-Governor Orval Faubus who activated the Arkansas National Guard in order to deny them entry into the school. These events played out in the international arena via television and radio broadcasts, and the bravery and perseverance of the nine students became a national symbol of the Civil Rights Movement.

Sixty years later, the fight for racial justice in public education continues in American despite our best efforts to realize the goals of Brown v. Board of Education.

Learn more about the Little Rock Nine and the Civil Rights Movement in Arkansas at arkansascivilrightsheritage.org.

To keep up with Institute programs,

The Institute on Race and Ethnicity at the University of Arkansas at Little Rock was founded in July 2011. With a vision to make Arkansas the best state in the country for promoting and celebrating racial and ethnic diversity, the Institute conducts research, promotes scholarship and provides programs that address racial inequities. It does so by facilitating open and honest dialogue aimed at empowering communities and informing public policy to achieve more equitable outcomes.