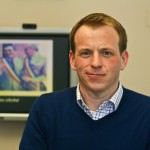 Zac Hagins earned his Ph.D. in French and Francophone Studies from The Pennsylvania State University in 2014. Dr. Hagins, an Arkansas native who was a first-generation college student, spent two years teaching at French universities in Lyon and Le Mans.

A scholar of global French cultural studies, Dr. Hagins is interested in how immigrants and their descendants in contemporary France negotiate the ever-changing sociocultural obstacles of integration in a transnational world. His research and teaching thus focus on visual and literary narratives of life in postwar France, particularly representations of minority populations whose daily experiences he views as being central to an evolving understanding of an increasingly multicultural French society. He has published articles on French photography in Contemporary French Civilization and Modern and Contemporary France. Examining photography as a socially engaged practice that bridges dominant perceptions of a “proper French citizen” and those individuals and spaces that this discourse relegates to the margins of sociocultural life, his current project considers what visual culture can tell us about the daily lives of French citizens of Maghrebi and sub-Saharan African origin.

Students in Dr. Hagins’s classes learn that studying French means looking beyond Paris to explore the rich diversity of the Francophone world, from North Africa to the Caribbean, from Southeast Asia to sub-Saharan Africa. With this goal in mind, Dr. Hagins brings a wide variety of cultural texts into the classroom, using photography, sculpture, rap music, and graffiti alongside literature and film to offer students various points of entry into the study of the cultural mosaic that is global French studies.

“Fashioning the ‘Born Criminal’ on the Beat: Juridical Photography and the Police municipale in Fin-de-Siècle Paris,” Modern and Contemporary France 21.3 (2013): 281-296.