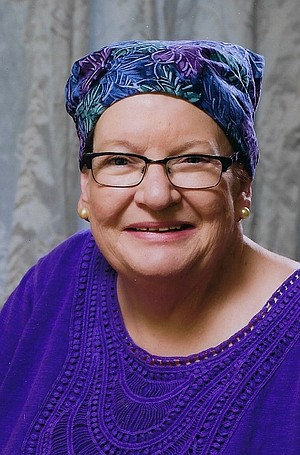 Linda Pine, an assistant professor emeritus of Ottenheimer Library at UA Little Rock and former senior archivist with the Center for Arkansas History and Culture, passed away Sept. 17.

“Linda had a keen knowledge and passion for Arkansas history that was truly an asset to the university,” said J.B. Hill, director of Ottenheimer Library. “She was successful in building a rich collaboration of Arkansas materials for scholars, as well as mentoring graduate students in their development as historians and archivists.”

Pine was born Feb. 23, 1955, in Boulder, Colorado. She earned a bachelor’s degree in history and political science from Hendrix College in 1978 as well as a master’s degree in public history from UA Little Rock in 1986, where she was only the third person to graduate from the program. Her coursework at UA Little Rock included library science, archival management, historic preservation, oral history, and southern history.

She worked at the Arkansas Gazette from 1980 to 1983 as a chief marker/indexer and researcher in the news library. When she joined UA Little Rock in 1983, Pine worked as a research assistant and manuscripts supervisor at Ottenheimer Library. In 1989, she was named head of Archives and Special Collections. This was followed by her appointment as an assistant professor in 1991.

In 2009, Pine became the director of Archives and Special Collections. In this position, Pine administered the Archives and Special Collections unit in Ottenheimer Library as well as the library’s portion of the Arkansas Studies Institute. She later became a senior archivist with the Center for Arkansas History and Culture and retired in May 2014.

“Linda played a critical role in assembling the vast resources on Arkansas history that the university has been able to make available to students and the public,” said Dr. Deborah Baldwin, director of the Center for Arkansas History and Culture and associate provost of Collections and Archives.

In the resolution giving her the title of assistant professor emeritus of Ottenheimer Library after her retirement, Pine is noted for her dedicated service that led to the development of rich collections in Arkansas history, the preservation of the records and history of UA Little Rock, and the collaboration of UA Little Rock and the Central Arkansas Library System in the creation of the Arkansas Studies Institute.

“Linda was the first person I ever encountered at UALR back in the early 1990s when I was a visiting graduate student from the UK working on my Ph.D. dissertation,” Kirk said. “She went above and beyond to help me out. That Christmas, Linda made me a stocking filled with presents so that I would not feel as far away from home and family. I still have it and put it out every year. She was one of many distinguished alumni that have deeply influenced archives, museums, and other forms of public history in Arkansas and beyond.”

Condolences may be sent to Pine’s mother, Shirley Pine, at 106 Gilbert Drive, Little Rock, AR 72205, or sign her online guestbook.