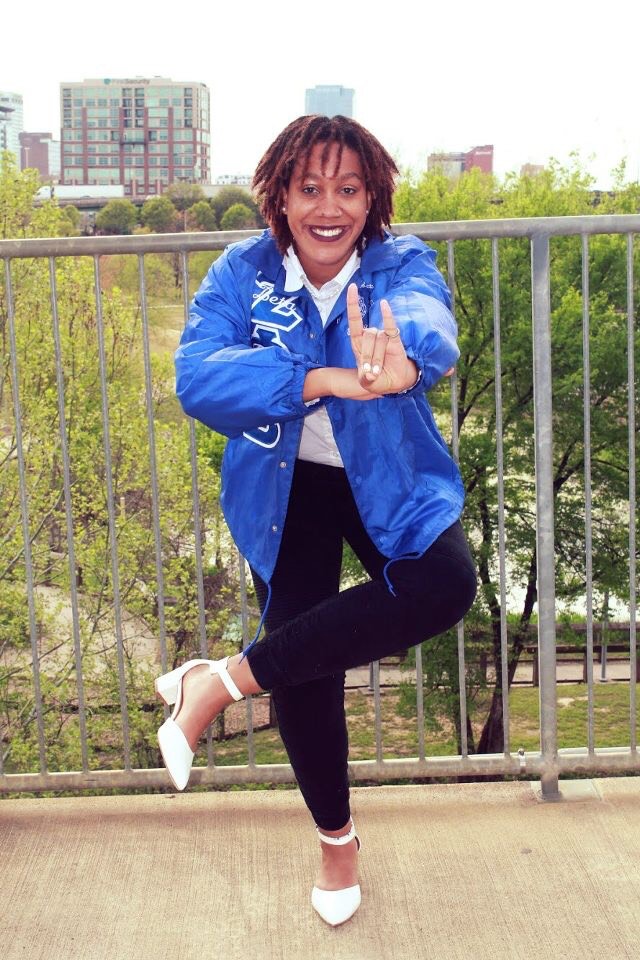 Members of the University of Arkansas at Little Rock’s Greek life are taking the message to go vote to their fellow college students by creating their own videos and posting them on social media.

This follows a national movement of videos produced by the National Pan-Hellenic Council, the coordinating body for nine historically African American fraternities and sororities.

Nakiah Willis, a sophomore ASL/speech pathology major and treasurer of Zeta Phi Beta, said she and her fellow sorority members are committed to spreading the word about the need to vote to fellow college students. They’ve even volunteered at UA Little Rock’s voter registrations drives this fall to encourage more students to vote.

“It’s important that we get younger people to vote, especially for those that just turned 18,” Willis said. “Like I said in my video, your voice is your power. Every single vote counts. There are a lot of college students who are eligible to vote, and we need to exercise our right and our power to do so. I wanted to volunteer to be an example for other college students to tell them to vote. If you want to see a change in your community, that starts at the poll.”

Willis also created a video to encourage people to vote in sign language, because she wanted to empower those in the deaf and hard of hearing community to vote.

“I wanted to do the video in ASL to cater to the deaf community,” Willis said. “There is also closed captioning for everyone to read what’s being signed. I think the deaf community is overlooked, and I didn’t want to happen, especially when I am giving out an important message on why you should vote.”

“I believe this voting is critical, and a lot of people don’t believe their vote counts,” Wilburn said. “We wanted to make sure that we got the word out, and that everyone’s vote matters.”

In his video, Willis encourages people to visit the Arkansas Secretary of State’s website to learn about the voting process in Arkansas.

“Other chapters have been doing videos nationwide,” Wilburn said. “Our national office has been promoting it. The people we know at UA Little Rock have been engaged by our videos.”

Keyonna Thomas, a junior nursing major from North Little Rock, made a video to encourage people to vote with her sorority sisters in Delta Sigma Theta.

“It is important for college students to vote because there have been many times when I have heard, ‘Our vote doesn’t matter,” when indeed it does,” Thomas said. “There is power in the voice of college students as we are the future of America, and we have a right to let our voices be heard, for our lives could be potentially impacted.”

In the upper right photo, Nakiah Willis, a sophomore ASL/speech pathology major and treasurer of Zeta Phi Beta, made a video to encourage people to vote in sign language.