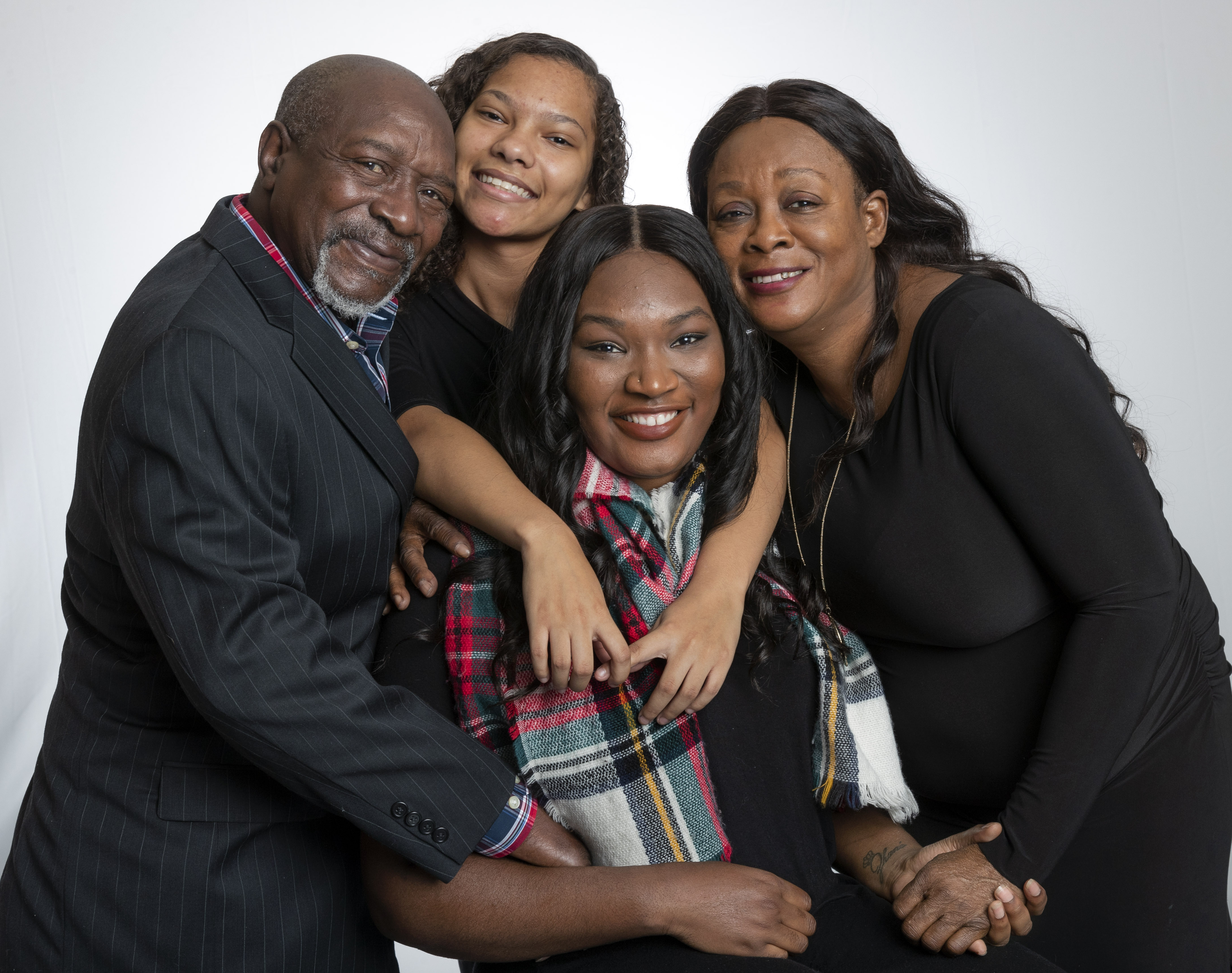 As the first person in her family to go to college, Mercades Parker, a native of Ashdown, Arkansas, wasn’t sure she could afford to go to college without taking on a large amount of student loans. Now she will graduate this spring with a Master of Social Work degree and begin a career of giving back to others.

“It all started with the Chancellor’s Leadership Corps (CLC) program,” Parker said. “They gave me practically a full ride, along with receiving the Arkansas Challenge Scholarship, and the Pell Grant that made it so I could attend college. The rest is history. I made lifelong friends, and I got a good introduction to everything about life at college. If you were struggling, there were resources offered that made sure you succeeded. They did everything they could to make sure you stayed in school.”

Since beginning at UA Little Rock in 2013, Parker earned her bachelor’s degree in interdisciplinary studies in 2017, where she studied psychology, sociology, and health sciences. One of the first challenges she faced was learning the skills to be successful in a college environment.

“In the beginning, I didn’t really know how to study, and I didn’t have anyone I could go to in my family,” Parker said. “It was important to utilize all the resources that UA Little Rock offered. I’ve always been a go-to person, so I put myself in positions where I had to learn things. That helped me learn to rise to life’s challenges.”

Throughout her college career, Parker has worked multiple jobs to support herself. She worked as a program aide at Children International, a resident assistant, an assistant in the Academic Advising Center, an administrative specialist for the College of Education and Health Professions, a janitor, and currently an alternative teaching parent at Methodist Family Health. All of her hard work has paid off with her many unforgettable college experiences.

“I loved being in the CLC program and getting to meet the different people who I’ve come to call my sisters. I made one of them my child’s godmother,” Parker said. “I got to be on the Homecoming court, and I never even got to do that in high school. I also have a great cohort of friends in the social work program. Getting accepted into a graduate program was a great success. I honestly did not think about going to graduate school until I had an eye opening conversation with an intern with the College of Education and Health Professions. It was one of the best decisions I’ve ever made. I’ve found a career, and I’m thankful for all the experiences I’ve had at UA Little Rock.”

“The first time I met Mercades, I could sense she had a spark about her and she was willing to do the work that needed to be done in order to better herself and her newborn daughter,” Reed said. “She started working in the College of Education and Health Professions Advising and Support Center right after having her daughter, and we connected because she had been an RA on campus before graduating.

Mercades was an extremely hard worker and I could tell she had a very inquisitive mind. She wanted to learn more than what her job description entailed. When she applied and was accepted to the MSW program, I knew she had found her calling. I have seen Mercades grow into an amazing young professional, and I know she is going to be able to turn the challenges she has overcome into learning opportunities when working with others in the Little Rock community.”

Parker was inspired to become a social worker because of her aunt, who became her rock after a family tragedy. Parker’s mother died when she was just 8 months old. Parker’s aunt, who had two children of her own, took Parker in along with her brother and sister and raised all five children.

“My aunt Ruby did everything right,” Parker said. “She gave up her life for us. She didn’t have to take all of us in. She is the reason I got into social work. She is a warrior, even through her struggles. Everyone needs someone at some point in their life. I want to be there for people who need it.”

Parker is completing an internship with Arkansas State Hospital, where she has a caseload of four patients. After she graduates in May 2021, Parker wants to work with adults with mental disabilities as a social worker. Additionally, she wants to use another skillset to help prepare them to reenter the workforce.

“I do hair in my spare time,” Parker said. “I plan to get my license and put it together with my social work. I want to counsel individuals and then get them ready to go back into the workforce. I want to help with their self-esteem and make them feel good about themselves.”

While finishing her degree, working, and completing an internship at the same time is challenging, Parker said her daughter is the reason she is so determined to succeed.

“My daughter, Zhane, is a very important piece of my life,” Parker said. “She pushes me to keep going and makes me smile on my darkest days. She’s looking to me. She attends some of my classes. She comes to all my Association of Black Social Workers meetings. It’s like she is growing up in the field. I want her to know that she can do whatever she sets her mind to. Being a single mother was not the plan, but with the support system I have, I am going to graduate.”

In the upper right photo, Parker, center, is surrounded by her proud family members who have supported her college journey. They include, from left, Parker’s uncle Chester McCrary, cousin Taylor Houck, and aunt Ruby Dunn. Photo by Ben Krain.