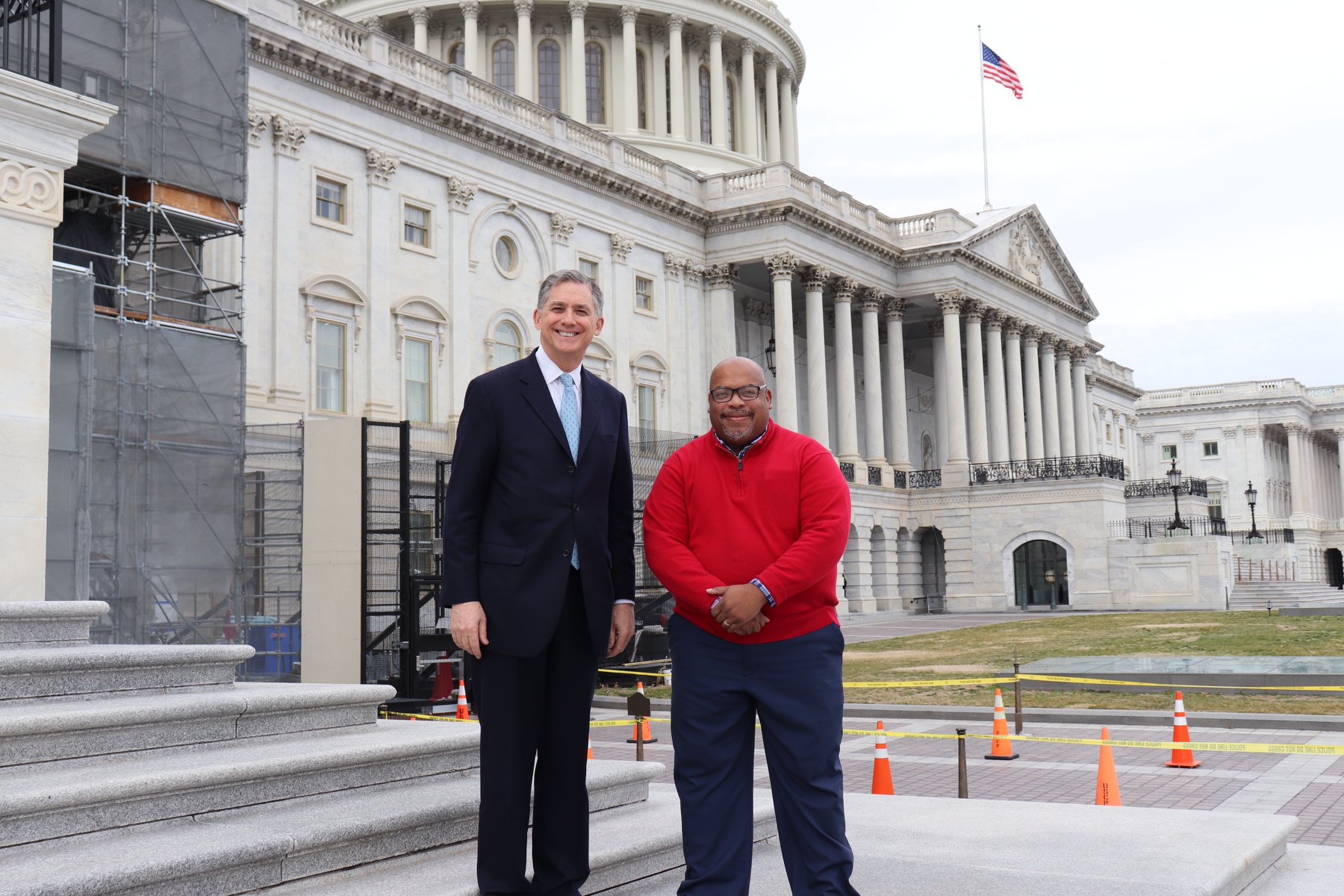 Bill H.R. 3317, the Scipio Jones Post Office Portrait Act, was signed into law in December 2020. This achievement is the result of a collaboration between Dr. Brian Mitchell, assistant professor of history at UA Little Rock, and Little Rock attorney John Gill.

“Here in Arkansas, we are deeply proud of Scipio Jones and his important contributions to our state, and to our nation, as a civil rights icon and lawyer. In the wake of the Elaine Race Massacre in 1919, Mr. Jones bravely and successfully defended twelve African American sharecroppers who had been wrongfully charged in connection to a crime they didn’t commit and placed on death row,” Rep. Hill said. “I am pleased that my bill, the Scipio Jones Post Office Portrait Act, finally has been signed into law to allow current and future generations to appreciate fully Mr. Jones’s critical role in shaping Arkansas’s history and the fight for equality. I am grateful to Sen. Boozman and Sen. Cotton for their partnership on the Senate version of this bill, my colleagues in the House and Senate for supporting this legislation, and President Trump for signing this bill into law. I also thank John Gill and Dr. Brian Mitchell for the many hours they spent helping with this project.”

Rep. Hill’s office reached out to Mitchell in 2019 to learn more about his research into the Elaine Massacre and Jones.

“The Congressman had a great appreciation for the legal maneuvering and the skill employed by Scipio Jones in saving the lives of the sharecroppers from death row,” Mitchell said. “Jones’ tactic of employing the 14th Amendment as a defense against attacks on civil rights will become the leading tactic in the modern Civil Rights Movement.”

Jones, who was born to an enslaved person in 1863, attended Walden Seminary (now Philander Smith College) and then attended Bethel Institute (now Shorter College), earning his bachelor’s degree in 1885. In 1889, Jones passed the bar and was admitted to practice before the Supreme Court of Arkansas in 1900 and by the U.S. Supreme Court in 1905.

After the Elaine Massacre of 1919, he defended 12 wrongly accused Black men, the Elaine 12, who had been charged with murder and condemned to death by all-white juries. With his clients already facing execution, Jones fought their convictions in both state and federal courts.

An appeal was filed with the U.S. Supreme Court arguing that the accused had been denied due process of law. After reviewing the case, the Supreme Court agreed and overturned the convictions. Moore v. Dempsey changed the nature of the Fourteenth Amendment’s due process clause. The ruling allowed for federal courts to hear and examine evidence in state criminal cases to ensure that the defendants’ constitutional rights were protected. It was a landmark ruling that sought to ensure that those accused of a crime had received due process.

The Arkansas House of Representatives passed legislation to name the post office located at 1700 Main St. in Little Rock after Jones. A plaque at the post office bears Jones’ name, but post office regulations restrict the items that can be placed on display, including a portrait of the post office’s namesake.

“Soon after having the idea to include a portrait of Scipio Jones in the Scipio A. Jones Post Office in Little Rock, I discovered that this gesture would take an act of Congress to accomplish — literally,” Gill said. “Thankfully, Rep. Hill enthusiastically endorsed this idea and worked with his colleagues in Washington to pass the required legislation. I am thrilled that this bill has been signed into law, and I hope this portrait will inspire our citizens and young Arkansans to follow in Mr. Jones’s footsteps.”

Rep. Hill introduced legislation to allow a full-sized portrait of Jones to be on display at the post office that bears his name. Funds for the portrait will be raised privately, and no taxpayer money will be spent on the artwork. The legislation passed the House Committee on Oversight and Reform on Dec. 19, 2019, passed the full House on Feb. 5, 2020, and passed the Senate on Nov. 18, 2020.

“In his lifetime, Scipio A. Jones was one of the nation’s best-known African American lawyers,” Mitchell said. “His name and importance later fell into obscurity in the African-American community. Congressman Hill wanted to recognize the accomplishments of Jones and wanted to assure that in a post office dedicated to Jones, that Jones’ image and deeds would never be forgotten.”

Mitchell and Hill have worked together in recent years to honor black World War I soldiers whose history has been overlooked.

In 2018, the duo worked together to obtain a Purple Heart and other medals for the family of Pvt. Leroy Johnston, a World War I veteran who was killed in the Elaine Massacre with his three brothers just months after coming home from the war. Johnston earned several military honors for his service to his country, but did not receive them at the time of his discharge or death due to racial discrimination.