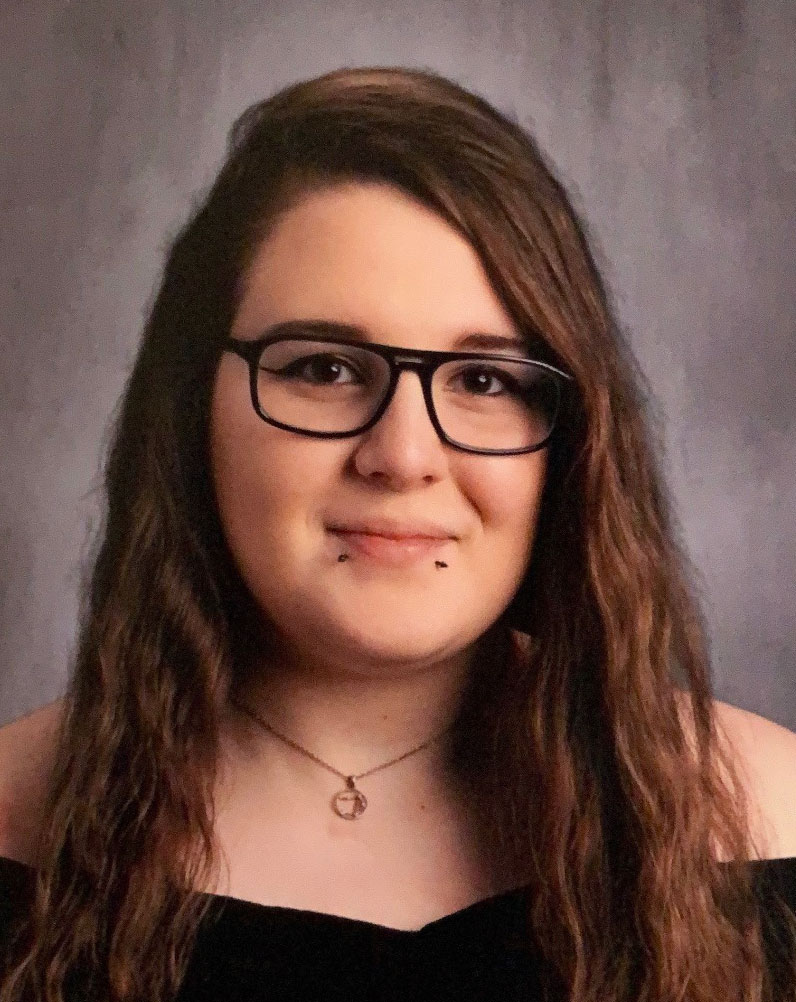 In honor of First-Generation College Student Celebration Month, UA Little Rock is profiling some of its outstanding first-generation students.

Isabel (Izzy) Ward is a Donaghey Scholar from Clarksville, Arkansas, a band member, and a double major in Electronics and Computer Engineering Technology and Political Science.

What does it mean to you to be a first-generation student?

Being a first-generation college student proves that your background doesn’t determine ability. Socioeconomic status and similar adversities don’t tell you whether or not you’re allowed to try. Each individual has complete power to change their future.

How did your family react when you told them you wanted to earn a college degree?

At first, there was some concern for the largely different environment that I was throwing myself into. There was also the occasional debate on my decision to double-major. But in the end, my family was confident that I was making decisions that were the best for my future.

What has been the most rewarding aspect of college so far?

The ability to be independent and in control of my routine. I’ve also enjoyed learning about the cultures within the diverse environment of the campus and the City of Little Rock.

What made you choose UA Little Rock?

The summer after my 9th-grade year, I attended the Engineering Scholars summer camp at the university. Not only did I immensely enjoy the program, but the faculty that I interacted with were also polite and helpful. My immediate impression of the campus itself was how much the university valued safety, as well as maintaining a clean and beautiful environment for the student body. As I considered my college options in the following years, the idea of living in a smaller, family-oriented community in Arkansas’ capital city became more and more compelling.

What do you plan to do after graduation?

As per my degree paths, I plan to combine my knowledge of international politics and technological development to improve infrastructure and accessibility in various countries and regions, while working closely with the respective governments to advise technological policy to continue to improve tech infrastructure.

Do you have any advice for future first-generation students?

To-do lists are your best friend. Even if you don’t think you’ll get a scholarship, apply anyway. You may be surprised. Don’t let your current adversities define your future opportunities. Don’t ever look down on yourself based on a demographic. Even if you think your Plan A will work out, have a Plan B (or even a Plan C) and strive for it like it’s your Plan A.

Being the first in your family to go to college places a monumental feeling of obligation on you to push yourself. Never overdo it. College is only fun if you’re comfortable and studying what you enjoy. Give yourself the occasional break, because the fact that you’re at college is enough to make your family proud.