Student Ambassadors are Making a Difference in Donaghey College of STEM 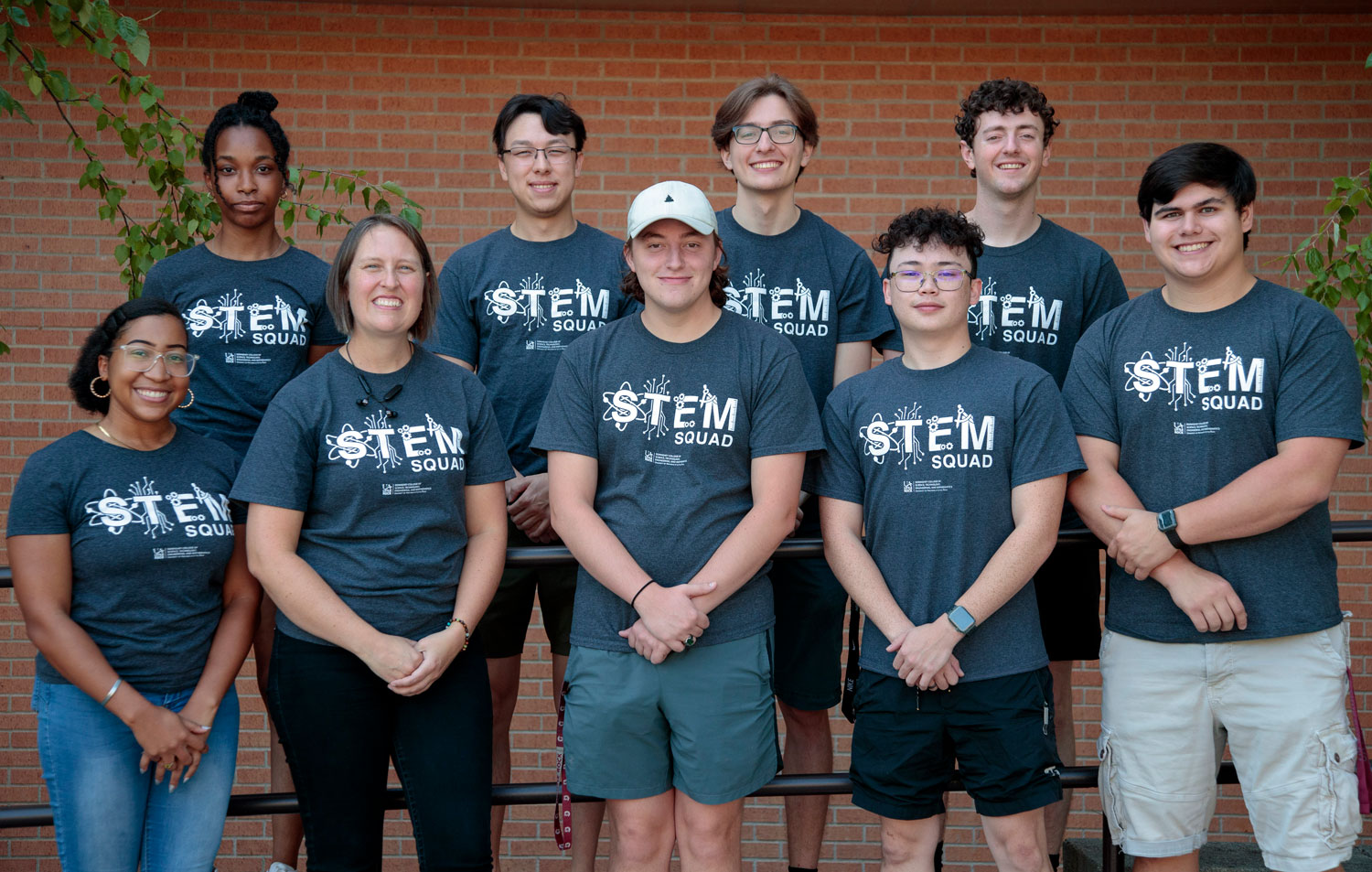 The University of Arkansas at Little Rock has selected 16 students to serve as ambassadors for the Donaghey College of Science, Technology, Engineering, and Mathematics (STEM).

Student ambassadors are high-achieving student leaders who serve as mentors, tutors, and peer support for STEM majors at UA Little Rock. Those selected for the CSTEM Ambassador Program serve as mentors to freshmen in the CSTEM Scholars Program, provide homework help and referrals in the Learning Commons, work in the student computer lab, and promote the college through outreach and campus events.

“Our new group of amazing student ambassadors are working hard to support their fellow STEM students,” said Erin Flowers, director of student services for the Donaghey College of STEM. “We have a great group of ambassadors this year who are true student leaders in the college.”

·  Andy Parker, an electrical and computer engineering major from Haskell

·  Cory Ruff, a civil and construction engineering major from Ward

Daniel Ferguson, a senior mechanical engineering technology major, said he was inspired to become an ambassador after having an ambassador as a mentor when he was a freshman.

“The program is one of the main reasons I came to this school. I had a friend from high school who was an ambassador, and he really sold me on the idea of the ‘big brother/sister’ feeling of the program,” Ferguson said. “I became an ambassador because I was a scholar my freshman year. The friendships and memories I made that year really helped me to adjust to the college lifestyle. Because of that, I wanted to give incoming freshmen a similar experience. A friendly face they could come to about any problems or questions, not just related to school.”

After joining Arkansas Master Naturalists, a volunteer group for educators and citizen scientists working to preserve the state’s natural beauty, in 2020, Hartter decided to return to school to change her career path from early childhood education to college-level science education. Her volunteer work with organizations such as Stream Team, Project Wingspan, Friends of Fourche Creek, and Keep Little Rock Beautiful has inspired her to mentor and encourage students as a student ambassador.

“I decided to be a STEM ambassador because I am passionate about educating women to succeed in STEM,” Hartter said. “I want other girls to see that it is an attainable goal to be a woman working in STEM even if you have a family and kids.”