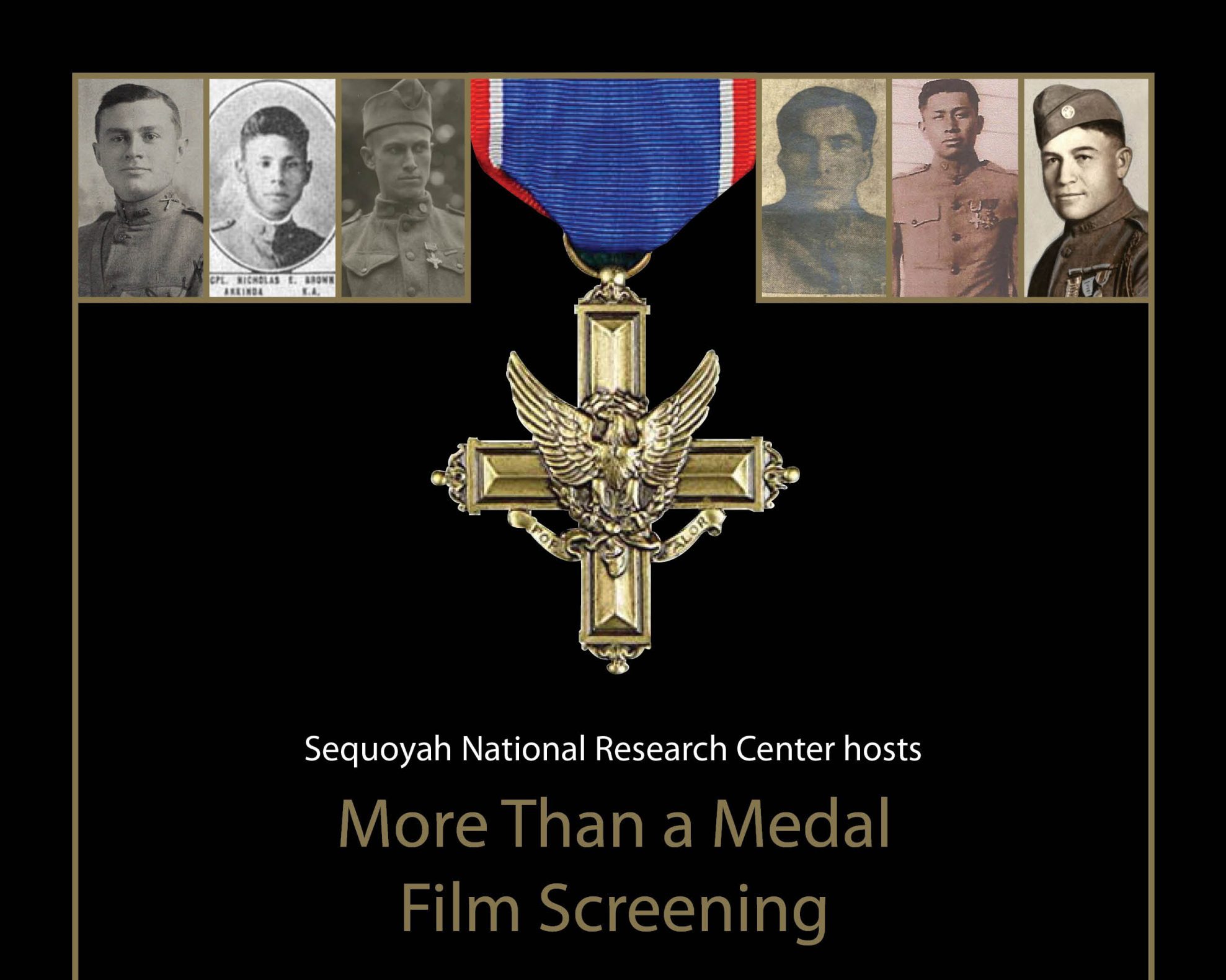 The Sequoyah National Research Center (SNRC) at the University of Arkansas at Little Rock will host a film screening of “More Than a Medal” on Wednesday, Nov. 16, to highlight work being done to honor minority military service members from World War I.

The film screening, which is free and open to the public, will begin at 6:30 p.m. in the Stella Boyle Smith Concert Hall in the Fine Arts Building at UA Little Rock. The screening is in partnership with the World War One Valor Medals Review and the George S. Robb Centre for the Study of the Great War.

The task force was formed in August 2018 in conjunction with the Foundation for the Commemoration of the World Wars on behalf of the U.S. World War I Centennial Commission. The Task Force is reviewing the military records of service members who were African American, Asian American, Hispanic American, Jewish American, and Native American who should receive posthumous honors.

To qualify, the service member must have received a Distinguished Service Cross/Navy Cross and/or the French Croix de Guerre with Palm and/or been recommended for a Medal of Honor but was downgraded. Nearly 215 service members have qualified for review, including 23 Native Americans.

“We have been working for the last several years to bring to light the stories of Native American soldiers of World War I,” said Erin Fehr, assistant director of SNRC. “We were thrilled when the opportunity arose for us to provide research support to the Valor Medals Review Task Force. Our hope is that these Native Americans soldiers receive the recognition and honor that they deserve for their bravery and sacrifice.”