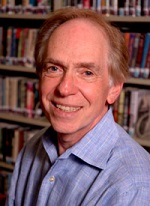 has worked as an educator, an actor, a director, and a producer in the academic, professional, and corporate sectors. He has taught and coached everyone from children to CEOs, and in such institutions as Brooklyn College, Michigan State University, Southern Illinois University, University of Virginia, University of Miami, and Missouri State University. Jay has also acted and directed in regional theatres across the country and Off-Broadway in such theatres as the Denver Center, the Goodman Theatre, the Repertory Theatre of St. Louis, the Missouri Repertory Theatre, the Cincinnati Playhouse in the Park, the Arkansas Repertory Theatre, the Human Race Theatre Company, and the Sierra Repertory Theatre. He has directed the works of Shakespeare, Chekhov, O’Neill, Williams, Genet, Albee, McNally, Simon, and Camus, among others. His primary goal as an educator has always been to prepare people to succeed in the world as they find it and to contribute to the growth and change of their art before they leave it!