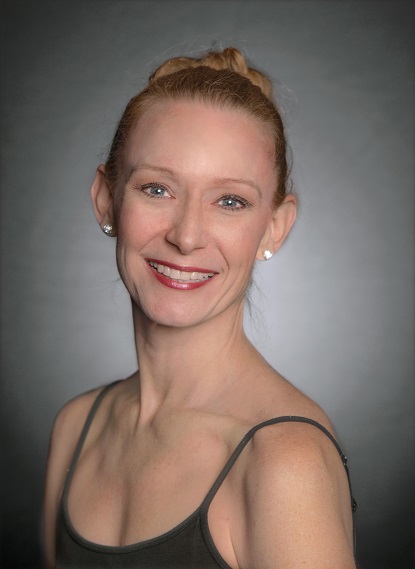 Stephanie Thibeault (Associate Professor) holds her M.F.A. in Dance from the University of Maryland and a B.F.A. in Dance from Southwest Missouri State University. She spent nearly a decade in the Washington DC/Baltimore area, working as a professional dancer, choreographer, and dance educator, before serving as a dance faculty member at several institutions, including University of Maryland, Dickinson College, and Wichita State University. Originally trained in classical ballet, Stephanie Thibeault discovered modern dance in college and went on to perform professionally in modern and postmodern dance. She was a member of Kinetics Dance Theatre and a founding member of SURGE Dance Company of Baltimore. Thibeault has performed and presented work in New York, NY; Baltimore, MD; Washington, DC; Lisbon, Portugal; and many other cities, large and small. In addition to working with such fine choreographers as Deborah Hay, Joe Goode and Doug Varone, she has also had the pleasure of performing with Mikhail Baryshnikov and Parsons Dance Company. Stephanie Thibeault’s international teaching and choreographic career include residencies with dance companies and universities across the U.S. and as far away as Taiwan. While much of her choreographic work has involved combining her passions for jazz music and modern/postmodern dance, Thibeault continues to seek out new ways to explore the human condition through movement. Stephanie Thibeault joined the faculty in 2008 to launch the B.F.A. degree in Dance at UA Little Rock.