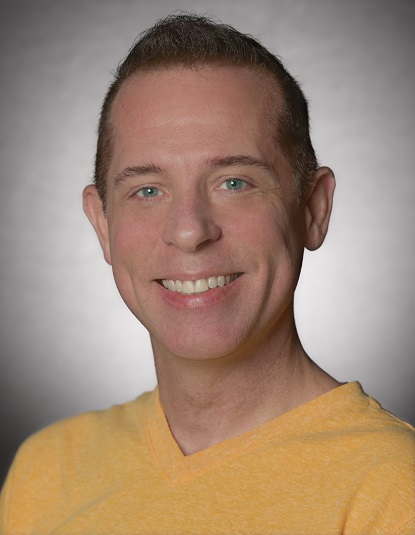 Stephen K. Stone (Associate Professor, Dance) joined the faculty of the University of Arkansas at Little Rock Department of Theatre Arts and Dance in fall 2011. Since then he has presented choreography in UA Little Rock’s annual spring dance concerts, BodyWorks, as well as the College of Arts, Humanities, and Social Sciences’ annual galas, Finale. Additionally, Stephen has performed and/or choreographed in Arkansas Repertory Theatre’s, Godspell, Project Élan, Singin’ On A Star, That 80s Show, and Saints & Sinners, as well as the Arkansas Symphony Orchestra’s Holiday Fantasy. This past December, for the fourth year, Stephen performed the role of Herr Drosselmeyer in Ballet Arkansas’ The Nutcracker, and this spring he made his performing debut on The Rep’s mainstage in the ensemble of Mary Poppins. As a member of the American Guild of Musical Artists, Stephen is a performer who has traversed the worlds of ballet, concert dance, and musical theatre, with performance credits including The Baltimore Opera, Paramount Productions, and Spellbound at Harrah’s Las Vegas. In addition to a myriad of ballet, modern, theatrical dance and musical theatre works, two premiere ballets, Frankenstein and The Masque of the Red Death, as well as an evening of integrative works entitled Seeing Voices – A Dance Concert for Both a Deaf and Hearing Audience, Stephen’s production revue choreography has appeared upon the stages of Carnival Cruise Lines, the Tropicana Resort, and Bally’s. Prior to UA Little Rock, his academic positions have included the Governor’s School of North Carolina, Towson University, Western Kentucky University, and Wayne State University and its American Ballet Theatre Summer Intensive. For additional information, images, and video, visit www.stephenkstone.com.