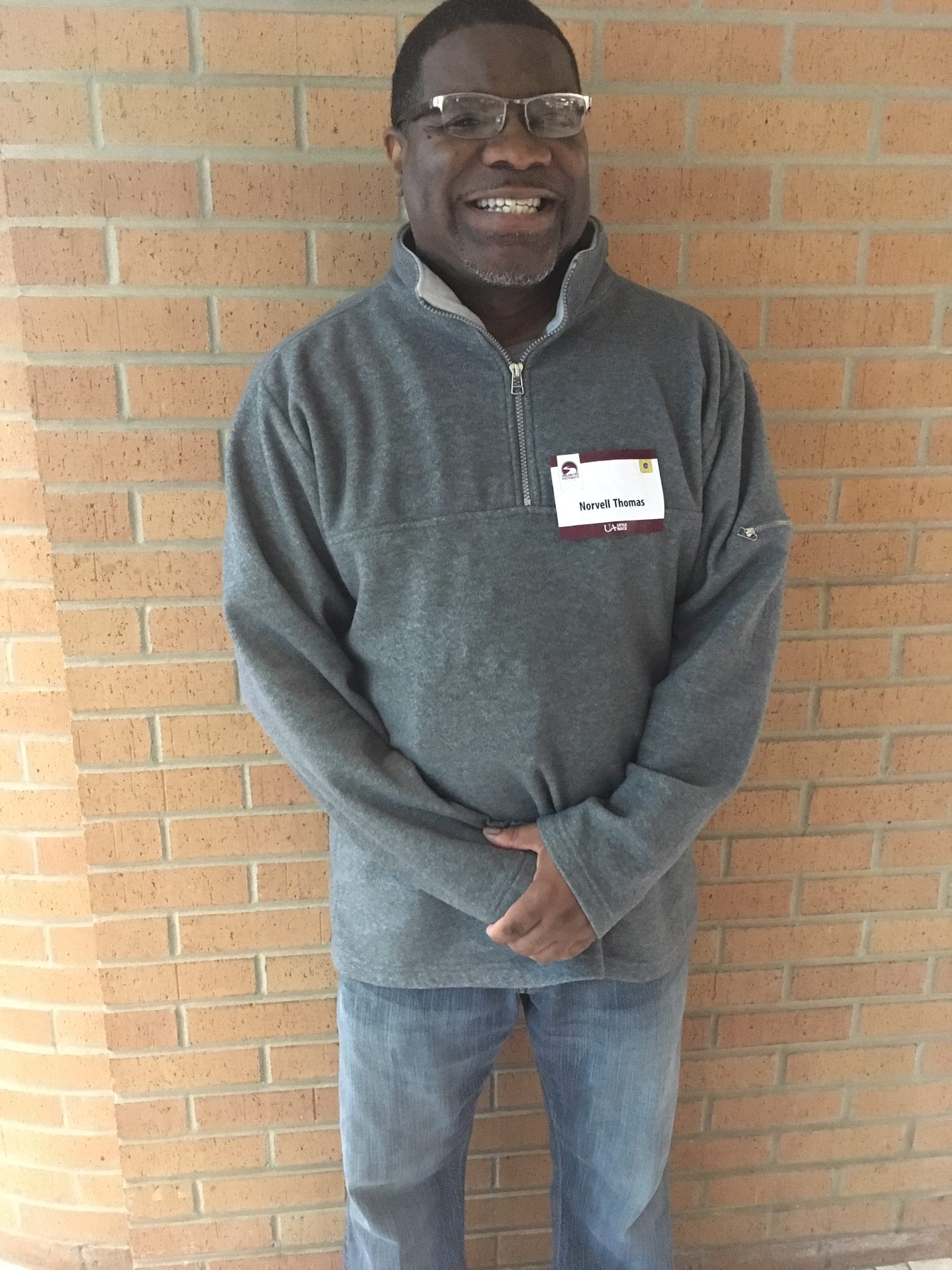 Norvell Thomas first made a go at earning his college degree in the mid-1980s in northern Illinois. Now, the Kankakee, Illinois, native and nursing major is ready to complete his college career at the University of Arkansas at Little Rock.

Norvell, a 56-year-old, first-generation student, is one of the 72 new Trojans who attended student orientation Jan. 10 at UA Little Rock, where they talked about their hopes for the future.

“I was in college when I was younger. I started working, got on academic probation, and then had to stop college to focus on working,” Norvell said.

As a hospital training coordinator, Norvell has provided training for nursing students whose instructors encouraged him to return to college.

“I work for the Arkansas Department of Health in the training department,” he said. “The nursing instructors at UA Little Rock asked me if I was a nurse. When I said no, they encouraged me to become a nurse because they said I was so good with the nursing students during their training.”

In 2009, he moved to Arkansas following a death in the family.

“I had a cousin who was diagnosed with cancer and passed away,” Thomas said. “My uncle is a pastor, and I thought it was my calling to come and assist him in his ministry.”

Now, the pastor and former professional gospel singer is looking forward to a career as a travel nurse.

“Nursing is very rewarding. Travel nursing is my goal after I work at the state level first,” Thomas said. “I love the diversity in the nursing program and learning from people from around the world about different cultures and places. I can share some life experiences with the younger generation.”

Another new student, North Little Rock-native John Easdon, is excited to start school so he can concentrate on what’s important in life.
“UA Little Rock is close to home and gave me the best scholarship,” Easdon said. “I’m looking forward to learning the stuff that I want to learn. Science classes are my favorite.”

After graduation, Easdon, a nursing major, plans to join the military.

Maddie Becker, a Colorado Springs, Colorado, native who graduated from Jacksonville Lighthouse Charter School, is looking forward to starting her journey to become a broadcast journalist.

“UA Little Rock is close to my family,” said Becker, a mass communication major. “I know a lot of people who go here and say good things about the school. After graduation, my goal is to become a broadcast journalist and work for ‘Good Morning America’ or the ‘Today’ show.”

Future physician Alexander Burks, of North Little Rock, is a fall 2019 college graduate who is here to take some prerequisites for medical school.

“I just graduated from Hendrix College as a Spanish major, but I am here to take organic chemistry and biochemistry so I can go to UAMS,” Burks said. “At UA Little Rock, I’m looking forward to furthering my education and learning new things.”