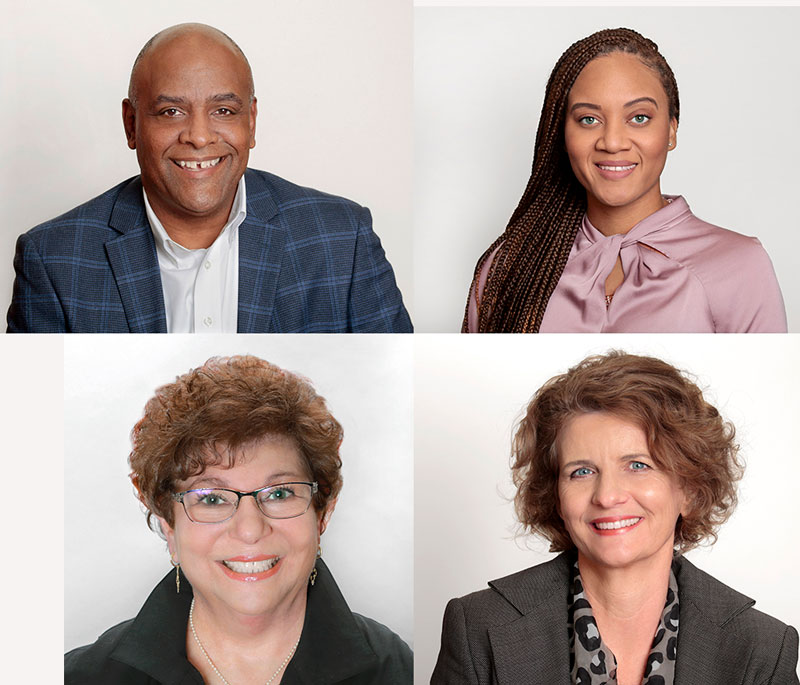 The University of Arkansas Little Rock has announced new members and officers for the Alumni Board of Directors.

Eundra Boles is the vice president of information technology services of Celerit Solutions Corporation. He has over 25 years of expertise in keeping financial infrastructures current, safe, and secure. He leads a team of seasoned technicians, providing around-the-clock protection to keep your network safe from the new and sophisticated cyber-threats faced today, while looking to the future for the next surfacing risk. Boles graduated from UA Little Rock with a bachelor’s degree in computer information systems in 1996. He also completed his MBA at the American Intercontinental University in 2004. He enjoys sporting events, hunting, fishing, and spending time with his family.

Ellen Brown has worked for Heifer International for six years and currently serves as the farmer engagement manager for Heifer USA. In this role, she oversees Heifer International’s outreach to farmers in the United States. Brown graduated from UA Little Rock with a Bachelor of Arts in international studies and certification in nonprofit management in 2013. She also has a Master of Science in community and economic development from the University of Central Arkansas. Brown also serves on the City of Little Rock’s Racial and Cultural Diversity Commission.

Victoria Brown, associate state director of AARP Arkansas, has worked successfully to improve communications and social media footprints among public sector and nonprofit organizations. Brown leads AARP Arkansas’ initiative to increase communications, heads up the organization’s website and social media, and works closely on AARP’s multicultural activities. She has a Bachelor of Arts in political science from Philander Smith College and a Master of Public Administration degree from UA Little Rock in 2014.

Loris Fullerton is the recipient of the 2019 Presidents Award. Over the past decade, Fullerton has helped raise more than $1 million for scholarships during her nine years chairing Jazz & Juleps, which benefited the Department of Audiology and Speech Pathology. Fullerton graduated from UA Little Rock in 1974 with bachelor’s degrees in psychology and sociology. She worked several years in the banking and investment industries before following her passion to be a travel agent. An endowed scholarship in her name has been awarded to a student studying audiology and speech pathology since 2014.

Claudia Utley graduated from UCLA with a bachelor’s degree in English and began working as a fashion journalist in Los Angeles. Utley worked as a communications analyst for Alltel Corp. while earning an MBA at UA Little Rock in 2000. She also worked as a public information officer for the Department of Arkansas Heritage. In 2012, Utley joined Economics Arkansas, a nonprofit organization dedicated to promoting economic, personal finance, and entrepreneurship literacy among Arkansas PreK-12 students. Initially responsible for grant writing, donor management, and fundraising activities, Utley was recently promoted to the newly created role of communications director.