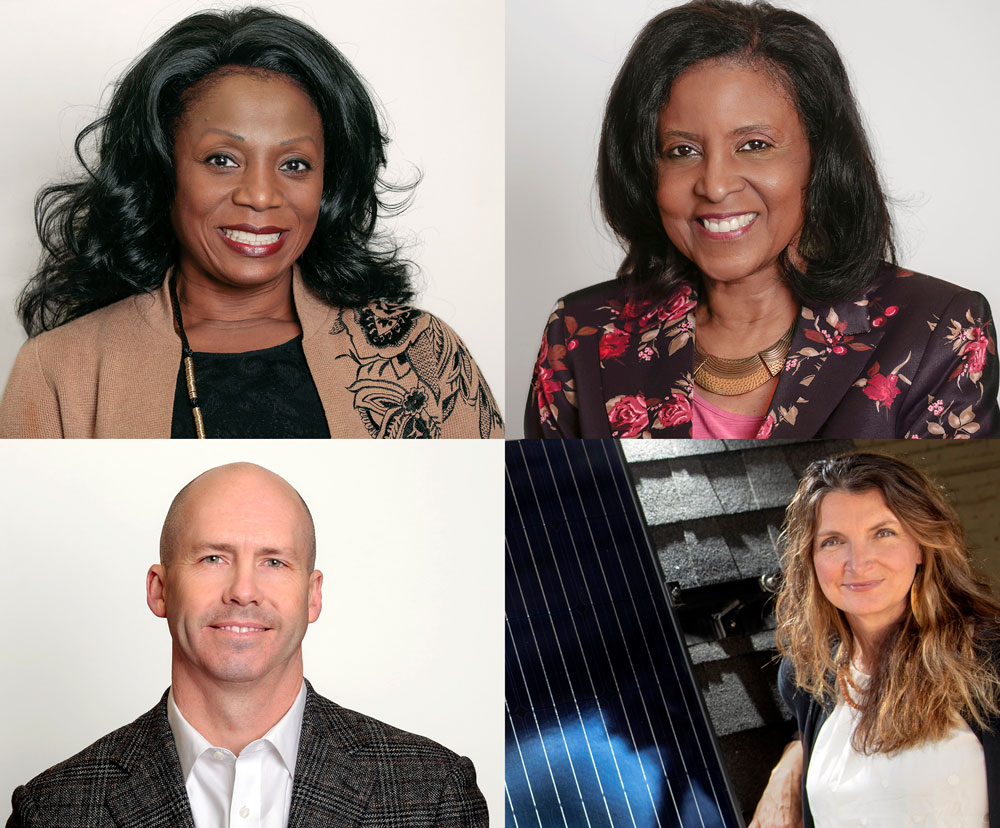 The University of Arkansas at Little Rock has announced four new members who will serve three-year terms on the UA Little Rock Foundation Fund Board.

The board meets four times a year to oversee the activities of the UA Little Rock Foundation Fund. Members communicate the foundation’s mission and serve as ambassadors of goodwill for UA Little Rock in the community, state, and region, as well as support the mission and goals of the university as it relates to public higher education and UA Little Rock’s need for private and public support.

More information about the new members:

Kim Broadway is co-owner and managing partner of Broadway Security Inc., a firm that provides armed and unarmed security guard services to companies, industry, and educational institutions. Before joining Broadway Security, she worked for more than two decades in the pharmaceutical industry for Sanofi-Aventis. She also taught high school and junior high school science within both the Pulaski County and Little Rock School Districts. Broadway has a bachelor’s degree from Philander Smith College, a master’s degree in chemistry education from Henderson State University, and a Ph.D. in health science from the University of Arkansas. She is married to Granville and is the proud mother of one daughter, LaToya (husband Terry), and grandmother of two granddaughters, Abigail and Harper.

Paulette Lawson is a native Arkansan who attended Brinkley Public Schools. She currently serves as human resources business partner for FamilyLife, a ministry of Cru (formally Campus Crusade for Christ). She holds a bachelor’s degree in speech communication and a master’s degree of applied psychology degree with an emphasis in training and development from UA Little Rock. Lawson has 30 years of experience in human resources management. She has served as a management consultant for over 20 years, as well as an adjunct instructor for University of Arkansas-Pulaski Technical College and Webster University, where she taught HR Management, Small Business Management, and research classes. She is married to Grover Lawson Sr. and has three children and six grandchildren.

Heather Nelson is president and chief operating officer of Seal Solar, an energy solutions firm she co-founded with Josh Davenport in 2012. A corporate lender for some of the nation’s largest banks for nearly two decades, Nelson helped Seal Solar become one of Arkansas’s leading solar businesses. Under her leadership, the firm has completed more than 250, or approximately one in five, solar projects in the state. An Arkansas native, Nelson holds a bachelor’s degree from the University of Arkansas Sam M. Walton College of Business and an MBA from UA Little Rock.

Billy Roehrenbeck is the owner of Pulaski County Title in Little Rock. He attended Hall High School and UA Little Rock. Over the years, he has received many accolades, including Arkansas Land Title Association Young Title Person of the Year, Distinguished Service Award, Past-President Recognition, and the Association 25 Year Service Award. He is an instructor who has taught a number of courses in the real estate area since 2002. He also finds time to devote to community service. He has served on the Little Rock YMCA Board of Directors, Aspire Christian Academy Board of Directors, the Arkansas Prostate Foundation Board of Directors, and the Arkansas Healthcare Transparency Initiative Board. Born in Little Rock, Roehrenbeck is a sixth-generation Arkansan.