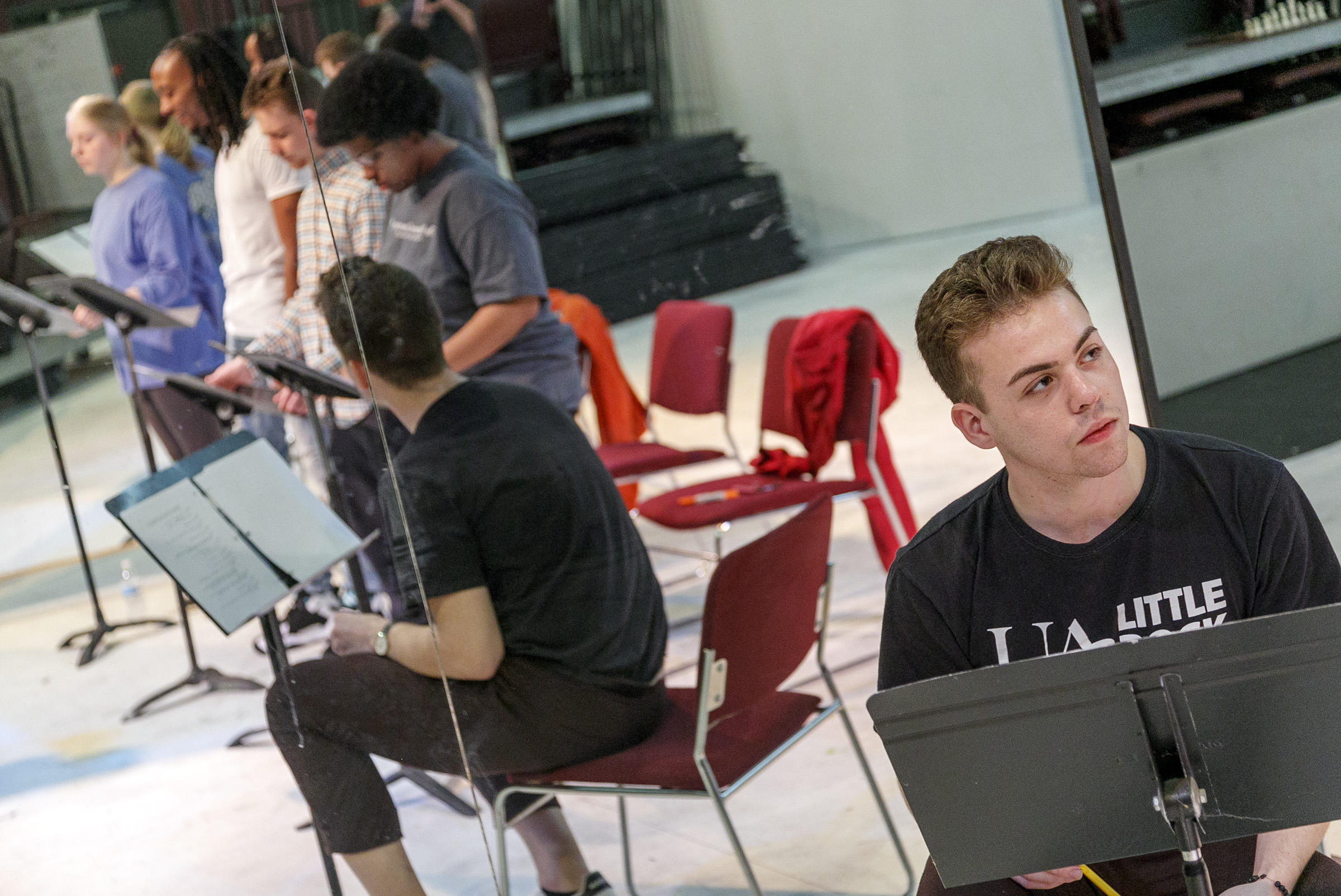 A University of Arkansas at Little Rock playwright was selected for the Kennedy Center American College Theatre Festival.

The UA Little Rock students competed in the John Cauble One Act Play Reading Series. The Kerry Kennedy Aspiring Playwright Foundation Fund paid for the students’ travel to the festival.

“’Prisoners’ is about the stigma people face when they enter the incarceration system,” Pipkin said. “The characters are not in a cell together, but their words connect their story.”

Pipkin first wrote a 10-minute version of the play as a senior in high school. After a modified version of “Prisoners” was performed during UA Little Rock’s Fringe V Festival in 2019, Pipkin expanded the script and submitted it for the American College Theatre Festival.

“I knew I wanted to write about social change,” Pipkin said. “I had done some volunteer work with HUB, a homeless resource center in Jonesboro. I remember meeting a lady who had recently been released from prison during my time at the HUB. One day, I saw her in town and greeted her. I could tell the motion surprised her, but she smiled ear to ear.”

He found inspiration for his characters in unexpected places, from newspaper articles to popular television shows. The character of Noah, a white male who killed a family of four while drunk driving and was sentenced to 40 years in prison, was based on a newspaper article Pipkin read.

Tobler, who plays Noah, believes anyone who sees the performance will be moved by his character’s heartbreaking situation.

“I think it’s a really good play for anyone who has a soul,” Tobler said. “I’m blown away every time I read the script.”

Another character, Chastity, was based on a storyline from “This is Us.” Chastity is an African American woman who was arrested after her brother left a handgun in her car. The character of Dilon was sent to prison after killing his abusive stepfather, and the fourth character, Desiree, is a prostitute who has lost hope after constantly being in and out of the system.

Turner, who plays Dilon, thought the play demonstrated how easily people in the prison system could be marginalized and lost.

“I am very excited to be a part of this play, and I am more excited that it was written by a student I know,” Turner said. “It’s an amazing script that gives a voice to people in prison who don’t have a voice. My character’s violence stems from his stepfather’s violence. He committed a crime, but you can empathize with him.”

At UA Little Rock, Pipkin has worked as a stage manager for “Detroit 76” and “Eurydice.” He also volunteers with Arkansas Thespians, a high school theater society, by teaching costuming workshops and judging acting competitions.