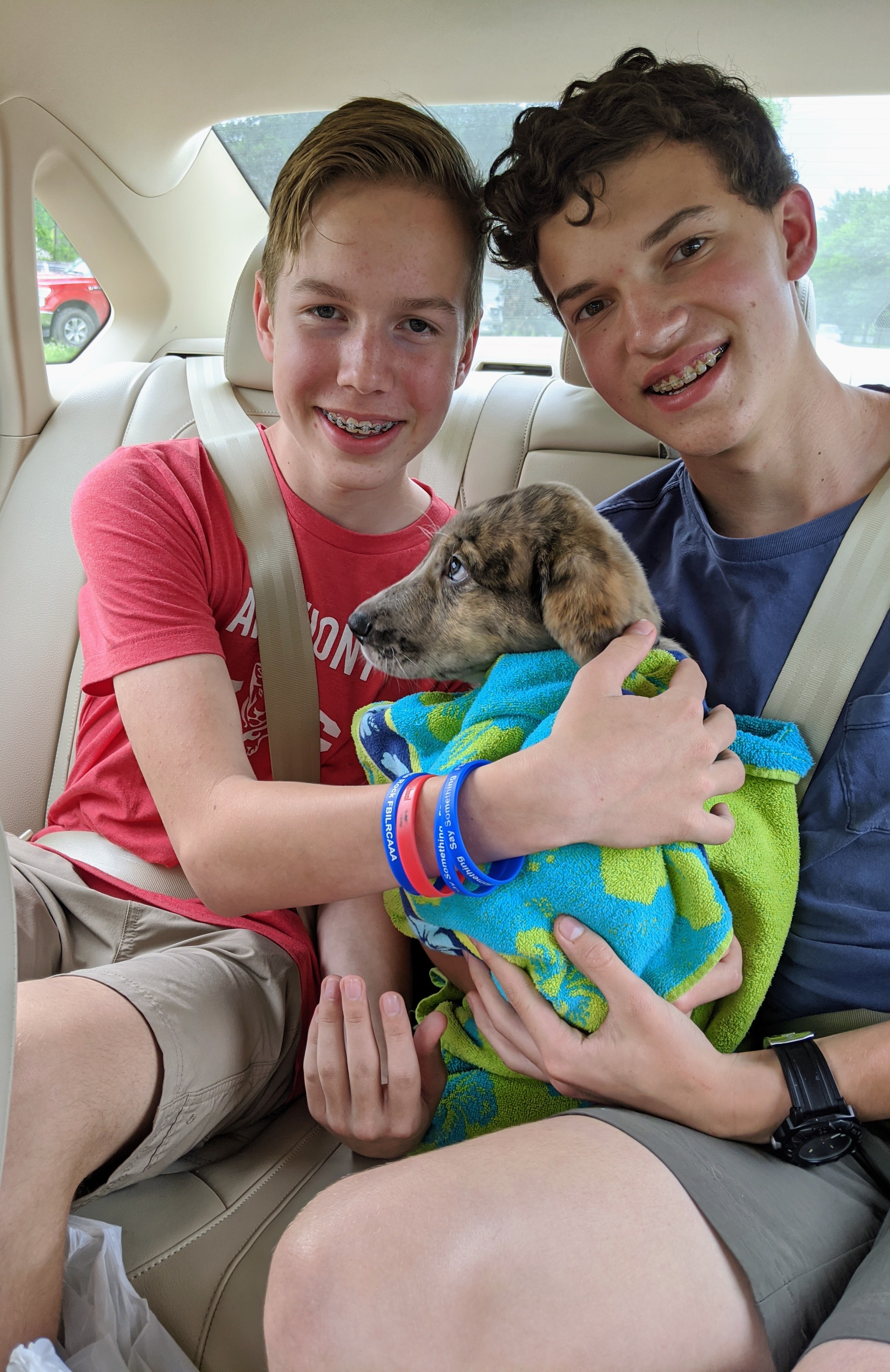 Laura McClellan, assistant director of the Center for Arkansas History and Culture at UA Little Rock, received a new addition to her family in May – a Great Dane/Great Pyrenees puppy named Bruce after Bruce Banner/The Incredible Hulk.

While some new pet owners are quick to describe their puppy as the cutest pet, McClellan has the proof to back up her claim. Her photo of eight-week-old Bruce won the 2020 Cutest Dog Contest and will be featured in the August edition of Little Rock Soirée.

“My family was very excited,” McClellan said. “It all happened on a whim. I had taken the photos just a day or two after we got Bruce, and then I saw the contest post. Every year, I look at the contest and vote. One of my boys grabbed my phone and entered the contest. They were very excited, and we got all of our family to vote for Bruce.”

Bruce beat out hundreds of other cute dogs in the photo contest. Soirée said, “his colorful coat and major puppy eyes captured the hearts of voters near and far.” After being crowned the most adorable pup in the metro, Bruce won a prize package of treats, toys, and a new collar, as well as a professional photoshoot with McClellan, her two sons, Julian and Will, and Bruce Bruce’s photoshoot will be featured in the August print edition of Soiree magazine.

“It’s been a fun experience,” McClellan said. “We brought some toys and treats that Bruce liked. He knows some tricks. I tried to get a photo, but he is so wiggly. Bruce didn’t pee on anything. It was great.”

McClellan and her family got Bruce, who now weighs 45 pounds, from a family in Mayflower who had a litter of 12 puppies.

“We saw an ad on Craigslist, so Bruce’s middle name is actually Craig,” McClellan said. “We met the family, and they were super nice, and then my son picked out Bruce.”

The McClellan household is no stranger to pets. Bruce has another dog, two cats, a ball python, a hedgehog, and two turtles to keep him company.

In the upper right photo, McClellan’s sons, Julian and Will, are shown with Bruce on the day he was brought home.