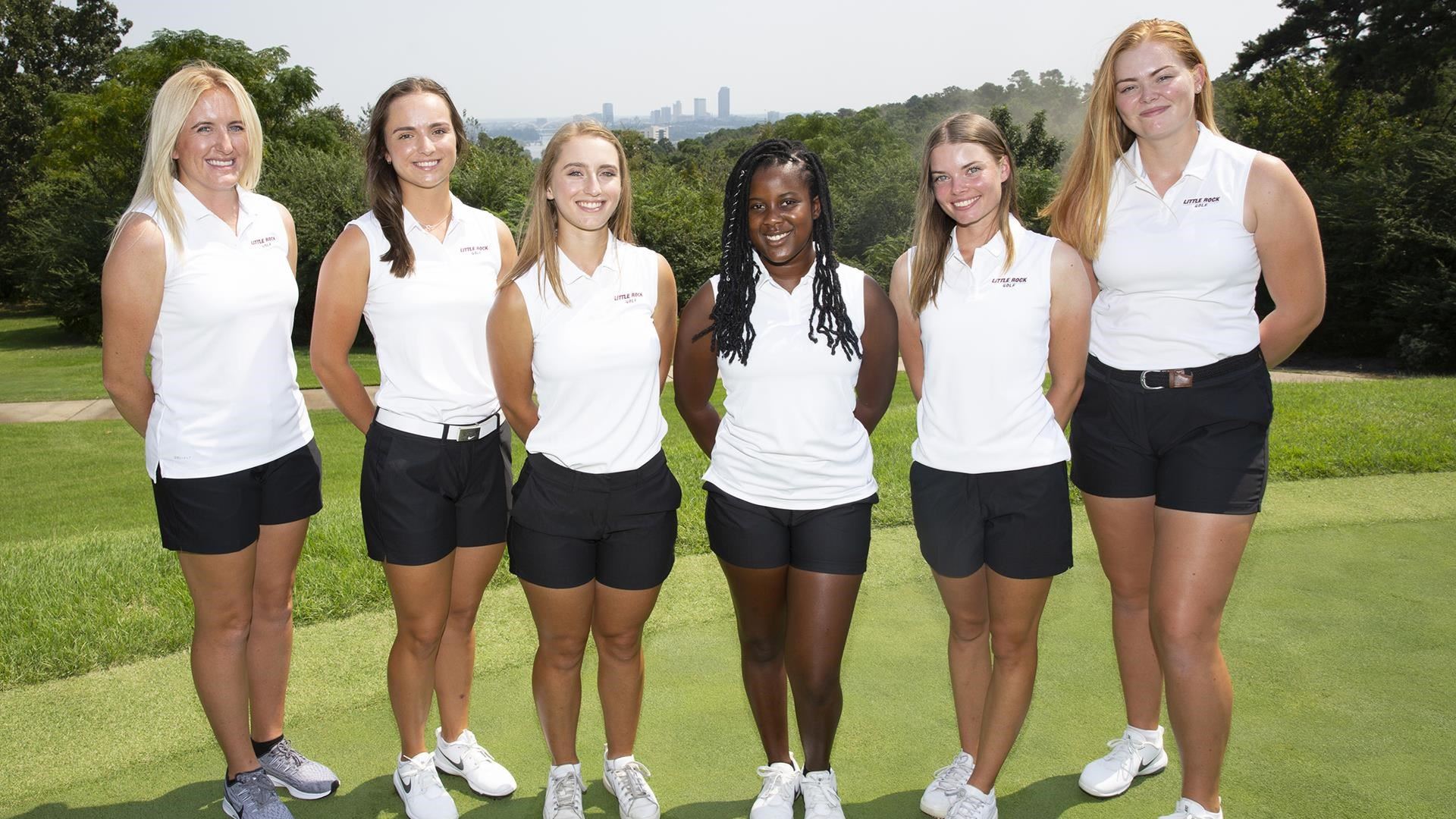 Little Rock’s efforts in the classroom have paid off once again as the Trojans have been named to the 2019-20 Women’s Golf Coaches Association (WGCA) All-Scholar Team, consisting of the top-25 teams with the highest cumulative team GPA. Little Rock’s team GPA of 3.89 ranks fifth nationally and the highest in the Sun Belt Conference.

The honor marks the second time in the last three years the Trojans have ranked among the nation’s top-10 for cumulative GPA. Little Rock is coming off a record-setting semester in the classroom, boasting a department-record 3.95 GPA for the spring semester.

All five Trojan golfers were named WGCA All-America Scholar recipients for the 2019-20 season, led by senior Thea Wakeford-Wesmann finishing her Trojan career as a four-time honoree after graduating with a 3.975 GPA in economics in May.

Sophomores Malena Austerslaatt, Tilde Bocker, Kellie Gachaga, and Sydney Scraba were each named to the All-America Scholar for the second time in their career after each received the honors as freshmen. All four boast a cumulative GPA of 3.6 or higher with Austerslatt, Bocker, and Gachaga all registering a perfect 4.00 for their Little Rock careers.

Little Rock was making strides in its first season under head coach Jenna Wylie as the Trojans set 14 new personal-bests in either 18, 36, or 54-hole scoring. All five players lowered their scoring average from the previous season with each either tying or surpassing a previous career-best tournament finish.

Founded in 1983, the WGCA is a non-profit organization representing women’s collegiate golf coaches. The WGCA represents over 600 coaches throughout the U.S. and is dedicated to educating, promoting, and recognizing its members and the student-athletes they represent.