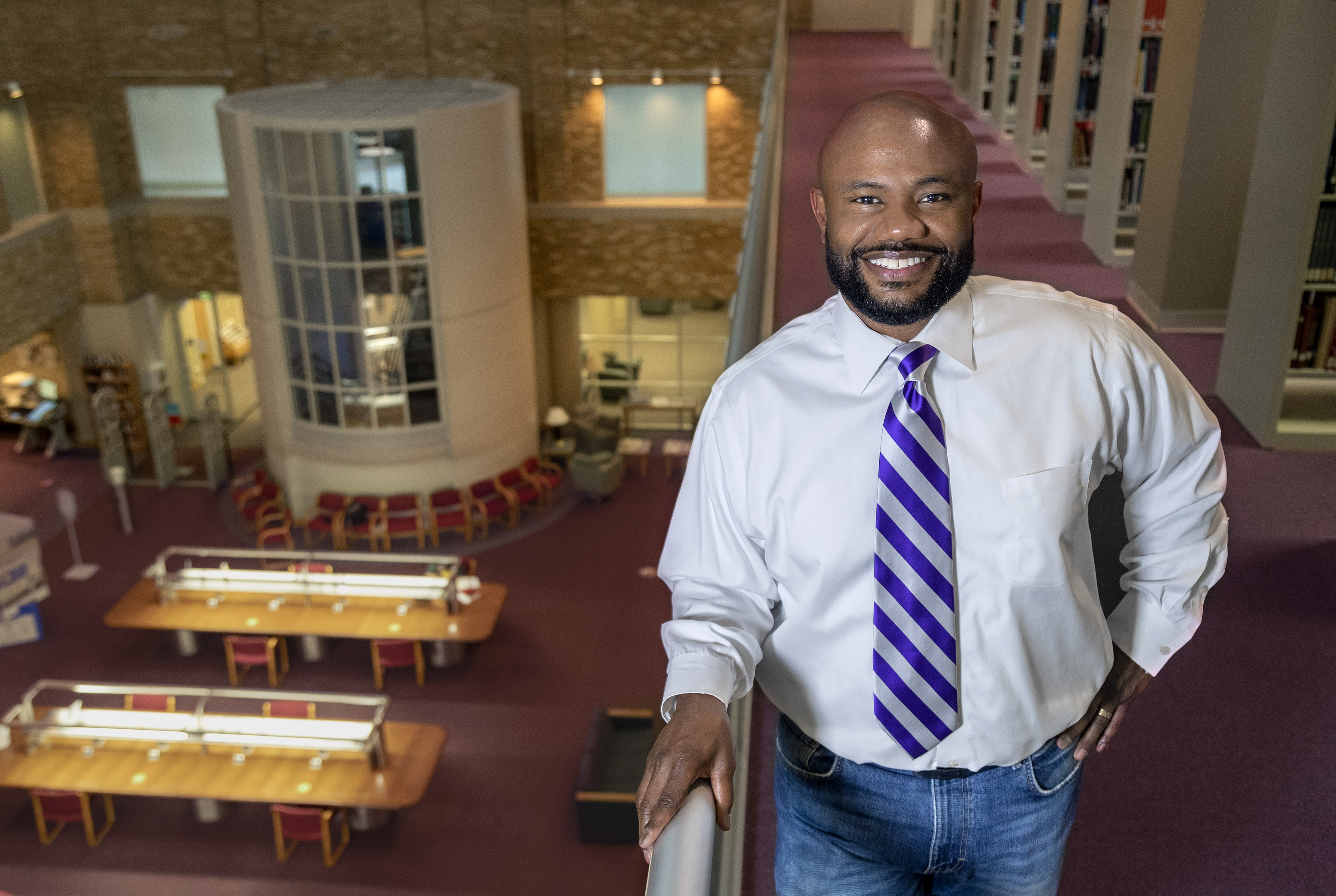 Philip Hood, a second-year law student at the UA Little Rock William H. Bowen School of Law and first-generation student, has always seen college as a pathway to success.

“The experience is one of constant motion,” he said. “Because I know that sacrifices were made on my behalf, I am motivated to continue to improve. Even though I may have been more tenacious academically, my parents and siblings all have work ethic that has provided content lives. Both parents are retired federal government employees who are now able to enjoy the fruits of their labor. I have come to realize that people take different paths for many different reasons. For me, education was the path.”

“As a first-generation student, I was not always able to get advice about what to expect or best practices from those who were closest to me and most trusted,” Hood said. “Hopefully, I am able to inspire the next generation.”

After freshman year, Hood realized he wasn’t trying to get to the NFL like everyone else on the team. Instead, he focused on his studies in marketing. His goal was to have an insurance agency, and he wanted to learn how to market his business.

After graduating with a bachelor’s degree, he and his wife, Mica, whom he met at Grambling, moved to Little Rock, and he began his career as a financial advisor with American Express. From there, he transitioned into an insurance agency owner with Allstate, ultimately becoming an independent agent.

His path to law school actually began with a second job at Southwest Airlines, one that Hood jokes he mainly took to earn free flights. He became a shop steward for the International Association of Machinists and Aerospace Workers (IAMAW), Razorback Local 2907. At 29, he was elected as the youngest president of the union, which represented more than 1,000 members at three different airlines.

“When I was a shop steward, I dealt with employment issues and advocated on the employees’ behalf. Then, working as a commissioner intrigued me,” Hood said. “The chairperson of the commission has to be a lawyer, and discussions of cases quickly acclimated me to legal jargon and terminology. There was also the difference between a ‘legal fact’ and what I considered to be a ‘fact’ in a case.”

At a time when most people are winding down their careers, Hood decided to become a lawyer and entered the part-time law program at Bowen in 2019, a decision that has left his family supportive but perplexed.

“They wonder if I’ve lost my mind,” Hood said. “I’m 13 years from being able to retire, but instead of winding down, I’m ramping it up again. My wife helped me study for my security license, so she knows this is going to be a test for everyone. My daughter has a lot of fun reminding me to go do my homework.”

Hood said the key to his success at Bowen has been endurance.

“For a non-traditional student with a family, full-time job, and other obligations, law school is a challenge,” he said. “The first year was a true test of endurance. UA Little Rock has aided in my success by having leadership that understands those challenges and availing themselves to insure that I have what I need to succeed.”

Once Hood graduates in the fall 2022 semester, he plans to expand his work in labor and employment law to work as an employment and workers compensation lawyer so he can help fellow employees.

“They are vulnerable. They don’t know the process, and they need someone they can trust who will treat them fairly,” Hood said.