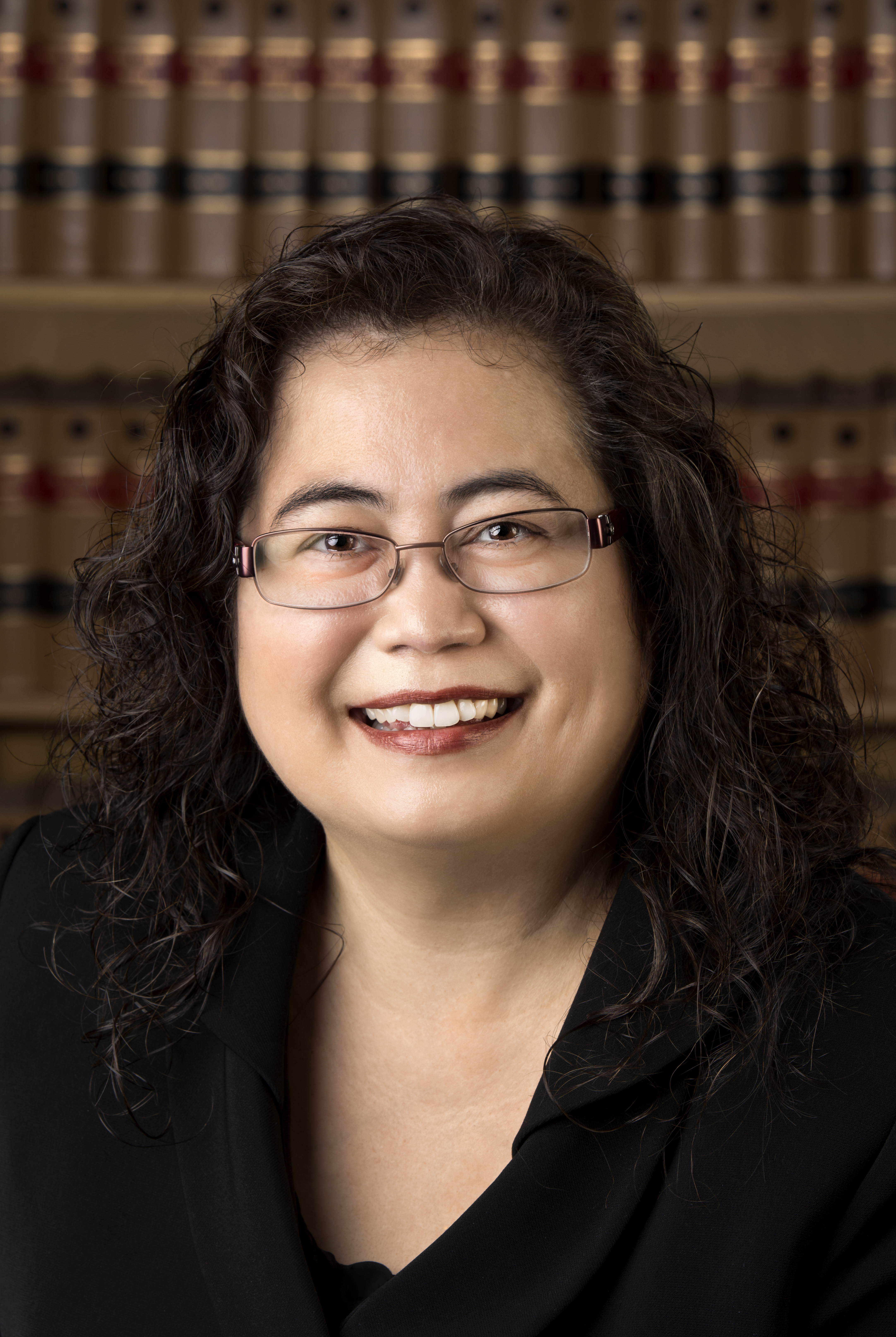 Jessie Wallace Burchfield, a first-generation graduate of UA Little Rock, worked her way through law school to become the associate dean for information and technology services, director of the law library, and an associate professor of law at the William H. Bowen School of Law.

“I was born in the Philippines, but I was raised in Arkansas. My father is an Arkansas native and was in the Navy when he met and married my mother. I’ve lived here since I was 5,” Burchfield said. “I came from a family with six kids, and my parents were working class. My dad had gotten his GED while in the Navy and later attended VoTech school on the GI Bill. My mother grew up in abject poverty in the Philippines and stopped her schooling to start working as a maid when she was 11 years old. She was in her fifties when she got her GED. My dad told me early on that I would have to get scholarships if I wanted to go to college.”

One of the reasons Burchfield is so grateful for her education is that she missed her first opportunity to go to college.

“It was scary to come to college for the first time. Now, it seems unreal to me that I could ever have been that skittish and afraid,” Burchfield said. “My mother was very overprotective, and she got involved in a group that didn’t believe women should work outside the home or be educated. I graduated as valedictorian of my high school when I was 17, but I was not allowed to accept any of the scholarships I received.”

When she was 18, Burchfield left her parents’ home and moved in with her grandmother in Malvern. She worked for a few years before giving college another shot.

“I didn’t start college until I was 20, and I was very fortunate to be offered a scholarship with the Donaghey Scholars Program. I was their first nontraditional student,” Burchfield said. “I thought that I had missed my opportunity to get scholarships because I was not a traditional freshmen, so it was a huge blessing to get that scholarship. Without my scholarship, I may have gotten a degree, but it wouldn’t have been the rich, full-time experience that broadened my horizons and made such a difference in my life.”

Being in the Donaghey Scholars Program fostered a love of learning in Burchfield that she carried throughout her education and career.

“The Donaghey Scholars Program had a core curriculum cohort, so that made for a supportive environment and a good group of friends that still exist today from that program,” Burchfield said. “Between our freshmen and sophomore year, we had the opportunity to study abroad. I spent six weeks in France, and that was one of the best experiences of my life. It’s one of the things I would never have been able to afford without the Donaghey Scholars Program. The program set me up for success and let me know that I could navigate the world of higher education, and that I loved being in an academic environment and loved learning.”

After graduating with a bachelor’s degree in English in 1989, Burchfield began working as a circulation assistant at the University of Arkansas for Medical Sciences (UAMS) library and then Bowen’s law library in 1990.

“Within a few weeks, I realized that I wanted to be a law librarian,” she said. “It took a few years to make that happen, since there was no master’s degree program for librarians in Arkansas. I had the opportunity to participate in a distance program that offered a master’s degree program. Lynn Foster, who was director of the library at the time, let me work and earn comp time so I could do the six weeks of school required in the summer. The plan was to get my master’s degree and go straight into law school, but I got so exhausted that I took a few years off after receiving my MLS in 1996.”

By 2000, Burchfield was working as a professional law librarian in Bowen’s library and decided to pursue her law degree. She entered Bowen’s part-time law program and graduated in 2005.

“Bowen having a part-time program made all the difference,” she said. “I was a single mom, and I had a mortgage and other bills. I would not have stopped working and taken out loans to go to law school full-time. It opened up the opportunity for me that otherwise would not have been there.”

While she was in law school, Burchfield also found a second chance at love and married her husband, Mike, in 2005.

“I had been single since 1996, but my last semester of law school I found love and put off taking my bar exam and got married instead,” Burchfield said. “I was trying to fix him up with one of my friends. I started hosting all these activities so we could do things as a group, but it turned out he wasn’t interested in my friend.”

Burchfield’s daughter, Christina, followed in her mother’s footsteps and became a Trojan. She graduated from UA Little Rock with bachelor’s degrees in biology and English in 2017.

Burchfield earned her ultimate career goal in 2015 when she became director of the law library and an associate professor at Bowen.

“One of the reasons I decided to go to law school is I decided I wanted to be a director, and I wanted to teach legal research. That was one of my motivations for going. It was like a dream of mine coming true,” she said. “I know there are other first-generation students and working single parents who need an institution like UA Little Rock to make a difference in their lives.”