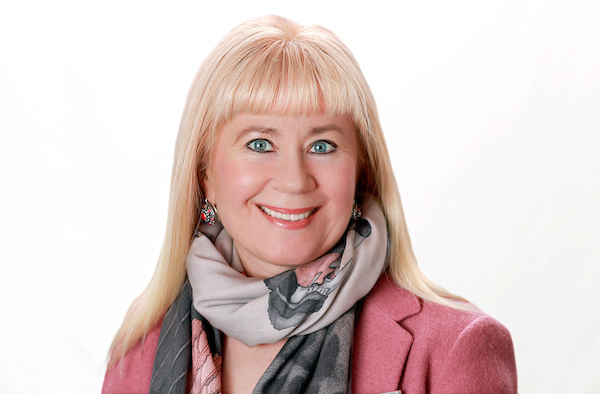 Dr. Mariya Khodakovskaya, professor of biology at the University of Arkansas at Little Rock, has been named a fellow for the Arkansas Research Alliance (ARA).

The ARA Academy of Scholars and Fellows is comprised of research scientists from Arkansas’ six major research institutions and the FDA’s National Center for Toxicological Research. An ARA Fellow is a research leader recognized for his or her work currently at a partner university. Each ARA Fellow receives a $75,000 grant.

“This is an honor for any researcher to be a part of the Arkansas Research Alliance,” Khodakovskaya said. “It’s a team of distinguished scientists in Arkansas all involving universities. It’s people who can really make a difference in Arkansas and the top researchers in their fields. I know many of these people because I’ve collaborated with them previously, so it’s good to work with them again.”

Khodakovskaya is also the director of the Applied Science Graduate Program at UA Little Rock. Her research involves the improvement of agricultural and industrial plants using advanced methods of biotechnology and nanotechnology, with a focus on the enhancement of plant productivity and stress tolerance by application of carbon-based and biodegradable nanomaterials.

Her recent research with the Arkansas Space Grant Consortium and NASA also holds potential to solve the problem of how to feed astronauts during long-term space exploration missions. An ongoing grant from NASA involves research to discover how to improve sustainability and stress tolerance in plants developed for exploration of Mars.

“Dr. Khodakovskaya has been a tremendous asset to UA Little Rock,” said Dr. Brian Berry, vice provost of research and dean of the Graduate School. “Her work is innovative and on the cutting edge of science. Her research has significant implications for Arkansas’ biggest industry, agriculture. The Arkansas Research Alliance is a great partner to the university and I am so thankful that they have selected Mariya as an ARA Fellow. She is a shining example of the amazing researchers that we have here at UA Little Rock.”

The ARA Academy is an organization of ARA Scholars and ARA Fellows developed by the Arkansas Research Alliance. ARA Academy candidates represent a strategic value to advancing the research vision for their respective institutions. Each ARA Academy candidate is nominated by the chancellor of his or her university. After an external review, the ARA Board of Trustees approves each new ARA Academy member.

“The ARA Academy brings incredible value to Arkansas,” said Bryan Barnhouse, ARA CEO. “The research community in our state is a catalyst for economic, social, and academic growth. We leverage the most from this human resource by working together.”

She was the first person to demonstrate that carbon-based nanomaterials can affect plants at genomic and metabolomic levels, which activates genes involved in water transport, cell division, and response to environmental stress. She has also established new methods for increasing seed germination and plant and cell growth using nanomaterials.

“I got fascinated by her research values and ethics, which drove me throughout these years,” Shanmugam said. “The encouragement and motivation which she gave me during my time with her were fabulous and priceless. I had the great opportunity to learn many things from her lab, both scientific and moral values. I would also like to add that Dr. Mariya is a great scientist and a great person too. I take this opportunity to thank Dr. Mariya for all the help and support she gave me during these years and I wish her good luck in her future.”

Khodakovskaya strives to commercialize her research through interactions with industry professionals and through the submission of patent applications. In the past 10 years, she has submitted seven new patent applications, of which four have been approved thus far. In 2014, she formed a start-up company, Advanced Plant Technologies, LLC. Since 2008, she has been a principal investigator or co-principal investigator on grants totaling more than $10 million. Her research has been supported by grants from the USDA-NIFA, NSF-EPSCoR, NASA-EPSCoR, Arkansas Science and Technology Authority (ASTA), Arkansas Soybean Promotion Board, biotechnological industry and the Arkansas Space Grant Consortium.

Dr. Nawab Ali, a professor of biology, is collaborating with Khodakovskaya on research projects related to cell signaling molecules called inositol polyphosphates, his area of expertise, and also involved in plant growth and survival under drastic weather conditions.

“This work has significance in agriculture crops and is most valuable for the state of Arkansas,” Ali said. “We have also published co-authored, peer-reviewed papers and worked on collaborative grants. Our research labs sit across the hall, and our students enjoy interacting with each other while we also help each other’s students. She is a wonderful colleague and willing to help others as needed.”

Dr. Ali also noted that Khodakovskaya has a well-known reputation in research circles that has brought international attention to the department and university.

“Dr. Khodakovskaya is the hardest working person in the department,” Ali said. “She is a kind of ‘workaholic’ and gets a lot done. Now she is a highly accomplished professor at UA Little Rock with quality publications and multi-million dollar grants and has become internationally known in her areas of expertise. Oftentimes, she is invited to chair conference sessions or organize meetings.”

Khodakovskaya added that much of her success is owed to fruitful collaborations and the ability to conduct cross-disciplinary research.

“It’s impossible to work by yourself in modern science,” Khodakovskaya said. “You must collaborate and have partners from other scientific disciplines in order to succeed. With the Arkansas Research Alliance, collaboration is important because it allows people from different disciplines to know each other and to establish new collaborations between scientists and institutions.”