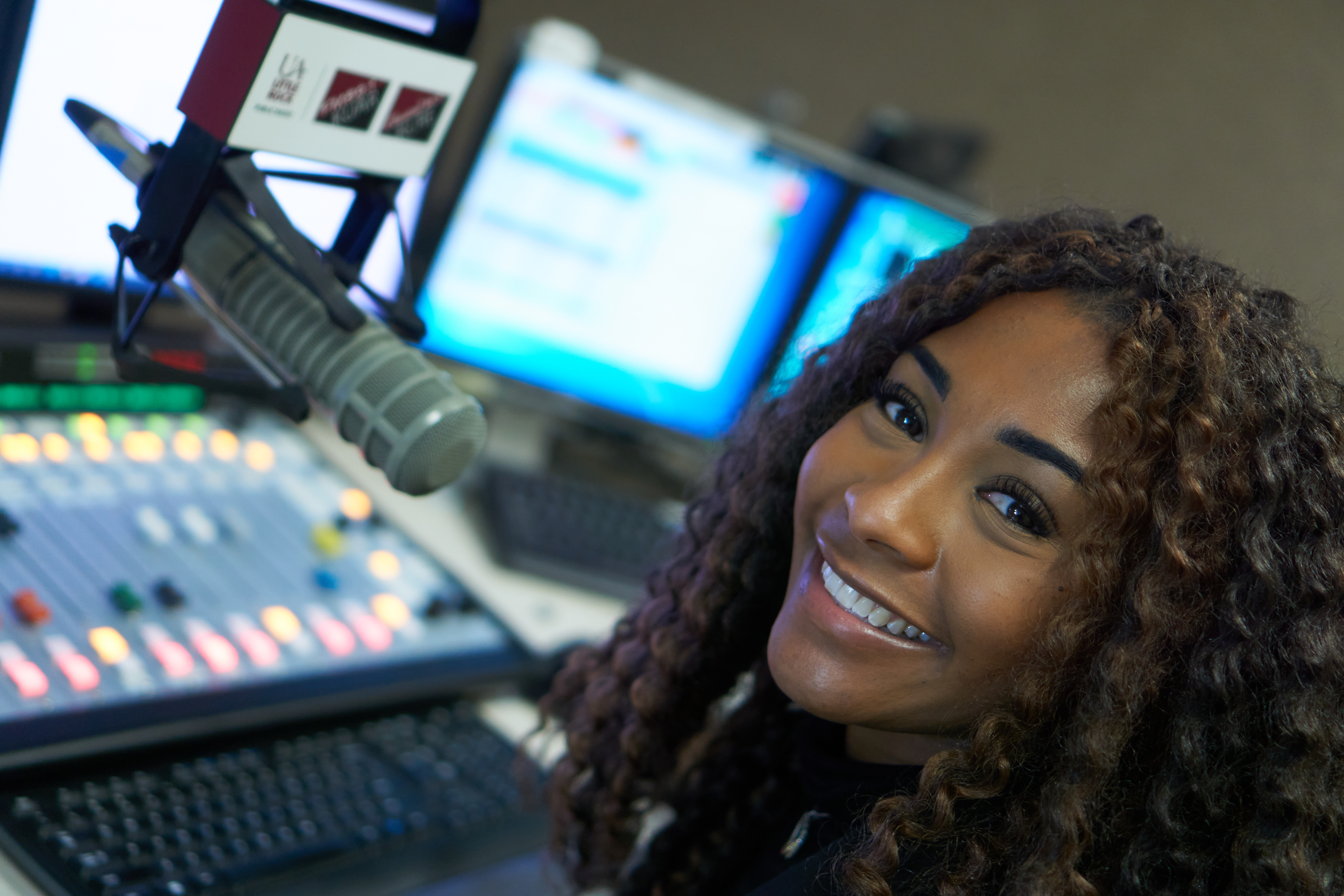 A rising star in student journalism at the University of Arkansas at Little Rock has been awarded a $1,000 scholarship from Arkansas Press Women’s annual scholarship contest.

Alexandria Brown, a junior mass communication major with a concentration in journalism from England, Arkansas, has aspirations to work as a broadcast reporter after her graduation from UA Little Rock in 2022.

“I’m honestly so grateful to have been awarded the scholarship,” Brown said. “I’d like to thank the scholarship chair and the members of Arkansas Press Women for giving back to students like me. This scholarship will grant me more journalism opportunities to advance in my career and reach the goal of informing our democracy every day.”

The APW scholarship is awarded annually to an outstanding undergraduate college student in Arkansas who is planning a career in mass communication or journalism. Funding for this scholarship comes from APW’s Maudine Sanders Education Fund. Sanders, a previous owner of the Springdale Morning News, was a long-time member of Arkansas Press Women before her passing in 2011.

“We’re excited to support Alexandria in her journalism journey,” said Kristin Netterstrom Higgins, president of Arkansas Press Women. “Her student experiences in the newsroom and on the local NPR affiliate show her strong desire to tell people’s stories and give them a voice. Arkansas Press Women is a strong supporter of the First Amendment, and Alexandria stood out in her desire to contribute to a better democracy.”

Brown is a former intern at KUAR, the Little Rock National Public Radio affiliate, where she’s reported on issues such as the census and a proposed city sales tax. She now works part-time as the “All Things Considered” host and a reporter for UA Little Rock Public Radio.

“Ms. Brown has shown a great deal of professionalism in her work as a student intern and now employee at KUAR,” said Nathan Vandiver, general manager of UA Little Rock Public Radio. “She is already a great asset to our news team. From our experience, this award is a well-deserved accolade and goes to show the great impact she will have as a journalist.”

“Ms. Brown is one of the best students I have known in my 21 years at UA Little Rock and is an incredibly promising journalist,” said Sonny Rhodes, associate professor of journalism and faculty advisor of The Forum. “Her writing is clear, concise, and comprehensive and submitted well in advance of deadlines. I cannot overstate Ms. Brown’s outstanding work ethic and her commitment to her studies and journalism.”

In addition to her work in journalism, Brown is a member of the Chancellor’s Leadership Corps, Student Affairs Success Initiatives, and Kappa Tau Alpha.

Arkansas Press Women was founded in 1949 by women working in Arkansas newspapers to provide an opportunity to compete and network in a male-dominated industry. The organization is now an association of communicators in journalism, public information, business, education, and government. APW is an affiliate of the National Federation of Press Women and will be hosting the 2021 NFPW Conference virtually in June. For more information on APW, visit www.arkansaspresswomen.org.