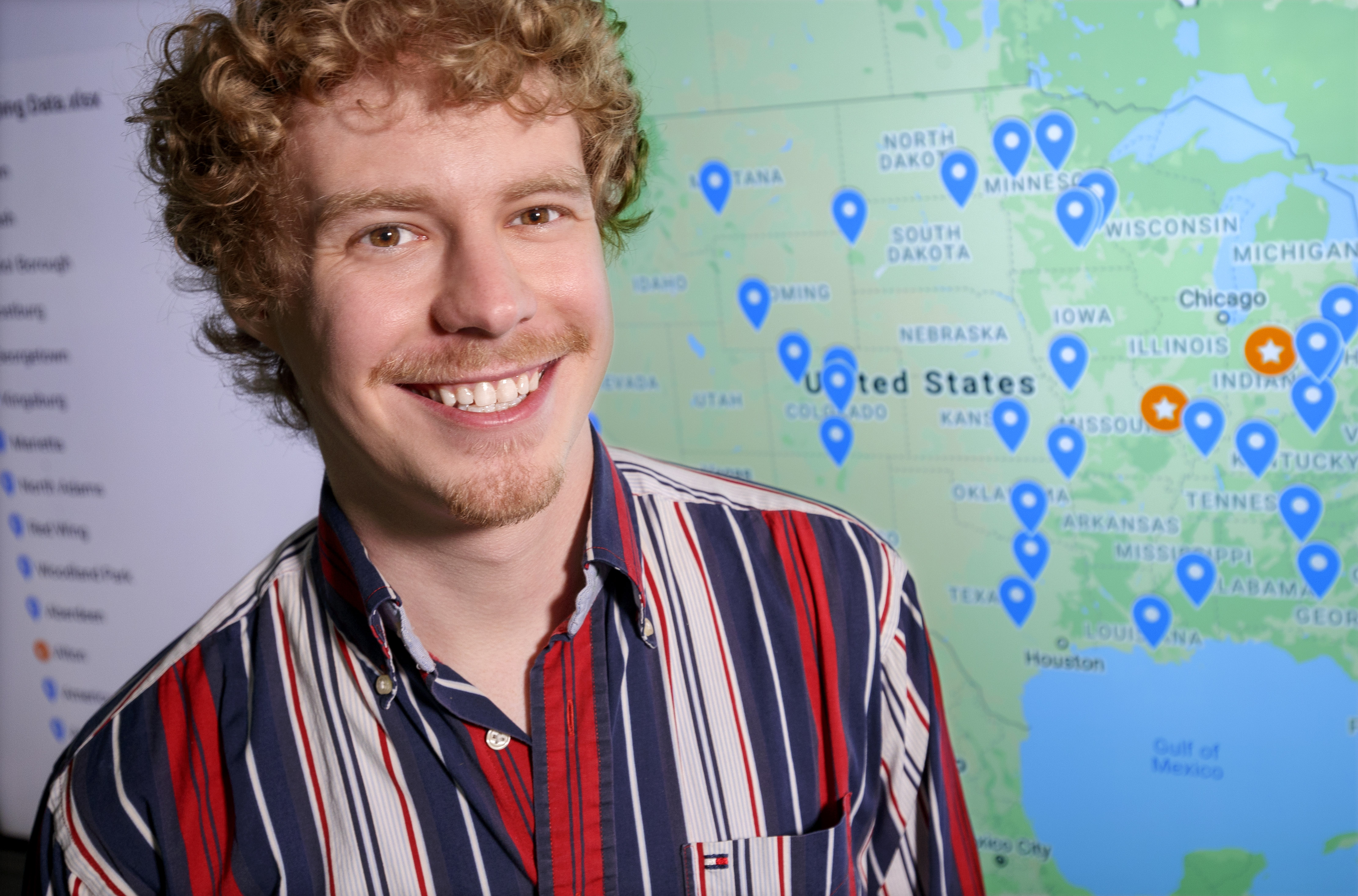 Josiah Johnson, a senior finance and economics major from Sherwood, is researching the impact on small towns that have been nominated for and featured on the TV show “Small Business Revolution.”

In the TV show, an ultimate prize of $500,000 is awarded to a small town for revitalization efforts. The prize is allocated primarily to six business ventures in each winning town to renovate stores and storefronts, improve marketing strategies, and establish a brand for each small business and town.

Johnson is analyzing data from 59 towns that were nominated for or appeared on the show. He is utilizing the contest among small towns for a large revitalization award to study the spillover effects and general efficacy of small business initiatives in small towns. The project compares and quantifies the impact of the award on various economic outcomes of winning towns relative to non-winning nominees.

Johnson was awarded first place in the Economics Division for his project, “Estimating the Impact of Small Businesses on Crime in the Local Community,” at the 2021 UA Little Rock Student Research and Creative Works Expo. Johnson received a UA Little Rock Signature Experience Award to help fund his research.

Johnson also received the 2021 Karen M. Russ Memorial Award for Excellence in Research and a $500 scholarship. The award is named in honor of Karen Russ, who worked as the research and community engagement librarian in Ottenheimer Library when she passed away in 2017.

“I knew I wanted to look at small businesses and how to improve them,” Johnson said. “My mentor, Dr. Rhet Smith, and I came up with the idea of studying the impact of being on the show. Being on ‘Small Business Revolution’ has a distinct, instant impact for the towns. We wanted to know what happened to towns that win compared to towns that don’t.”

In the second phase of research, Johnson collected crime data from the FBI’s Uniform Crime Reporting program to explore the second-order effect of the investment on crime.

“If there is economic growth, is there an effect on crime?” Johnson said. “For example, if there are more people on Main Street, there could be an increase in pickpocketing. However, perhaps more eyes on the street or more employment opportunities would deter and prevent criminal activity. Preliminary results suggest that winning towns experience relatively fewer property crimes suggesting that investments in small businesses and main street revitalization initiatives can have larger impacts than strictly economic ones. They can potentially be a creative method of crime reduction. ”

Johnson, who is also a market research assistant in the Arkansas Small Business and Technology Development Center, is expanding his research as part of his final project for the Donaghey Scholars Honors Program. After he graduates in December, Johnson plans to work in economic research and publish the results of his research in an academic journal next year. He said the results of his project will be of interest to investors and policy makers looking into developing small business initiatives and programs in the future.