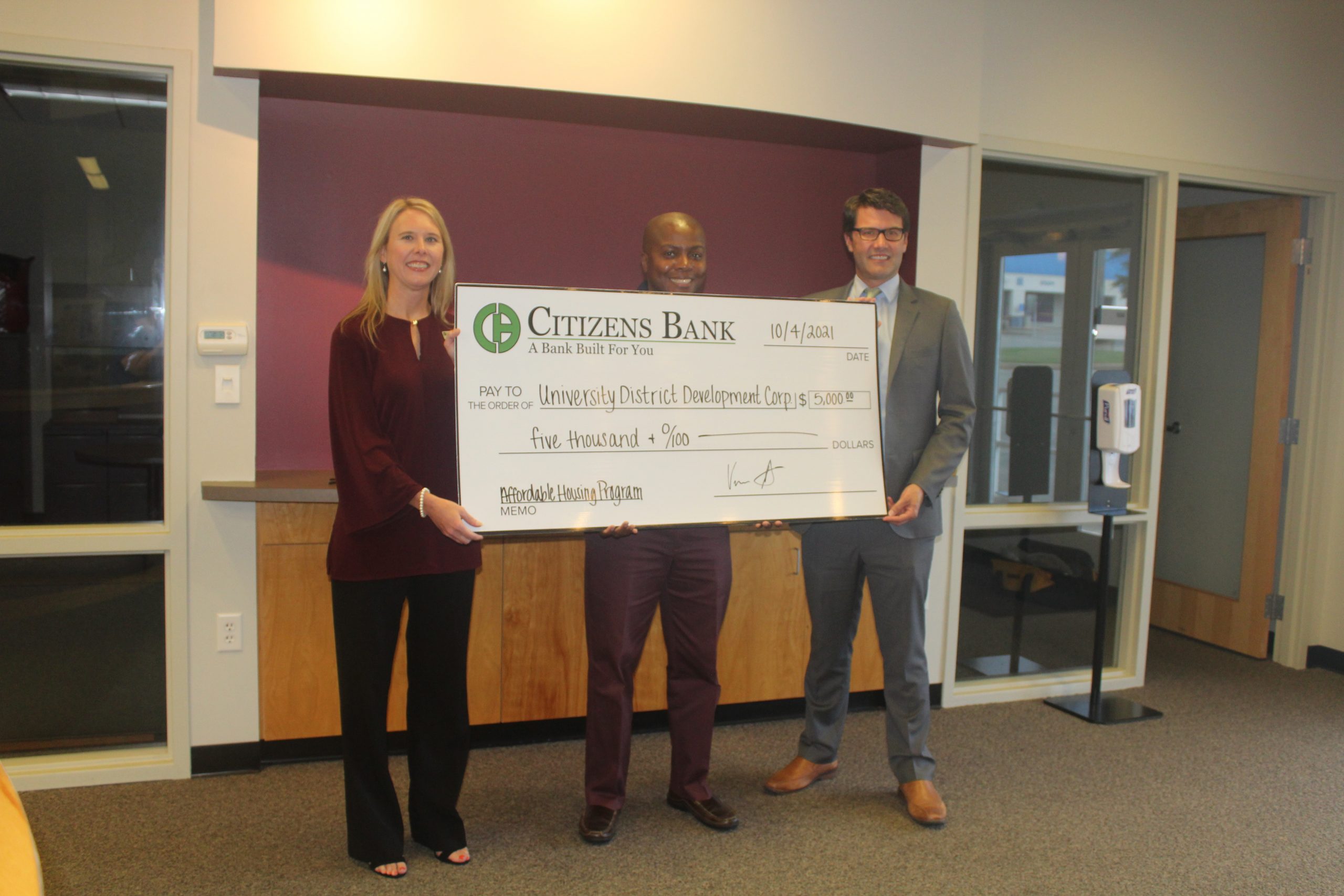 “This donation will help support our affordable housing operations,” said Barrett Allen, director of University District Development Corporation. “It will be used to purchase vacant lots in the city where we will build single family homes or duplexes for people in need of housing to purchase or rent.”

“This donation is a small glimpse into a broader initiative by Citizens Bank to expand our investments in community development projects,” said Vernon Scott, regional president at Citizens Bank. “We are dedicated to impacting our state by going Beyond Banking, and this partnership is a true example of that.”