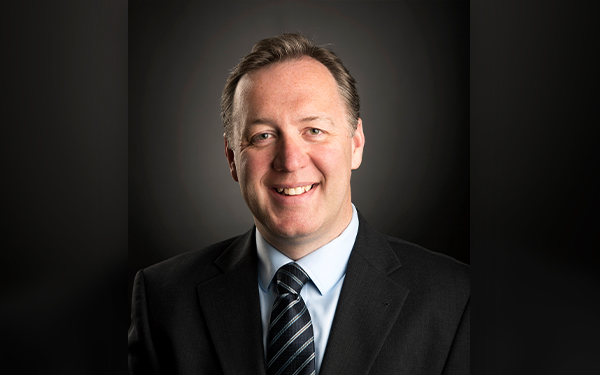 Every year since being established in 1989, UA Little Rock celebrates the most influential and highest achieving professors in the university by presenting them with its highest award possible—the Faculty Excellence Award.

These most prestigious and coveted awards go to the professors who are making the biggest differences in their classrooms, communities, and in the world of academia due to their teaching, public service, and research.

Kirk, Wiebelhaus-Brahm, and Glazier will also be competing for the university-wide Faculty Excellence Awards that will be announced April 7.

A scholar of the civil rights movement, Kirk has previously served five years as chair of the Department of History and four years as the director of the former Anderson Institute on Race and Ethnicity, where he helped develop the award-winning Arkansas Civil Rights Heritage Trail.

Kirk helped a dedicated Arkansan, Leatrice Russ-Glenns, gain recognition for the life of her brother, Carnell Russ, who was killed by the police in Star City, Arkansas, in 1971. Kirk researched and wrote articles about Russ in the Arkansas Times and Arkansas Historic Quarterly and helped establish the Carnell Russ Day Community Unity Festival in Star City, which offers a series of events to bring together the Black and white residents of the community.

Kirk has also hosted “Arkansas Moments,” a show on KUAR, UA Little Rock’s National Public Radio affiliate, for 10 years. Kirk has researched and written more than 100 radio segments that provide lessons on civil rights and Black history. Since 2004, Kirk has served on the editorial board of the Arkansas Historical Quarterly, the premier journal for historical studies in the state.

“John has been one of the finest and most prolific scholars in the fields of Arkansas and U.S. civil rights history,” said Patrick Williams, editor of Arkansas Historical Quarterly. “Over the past quarter-century, he has been among the most frequently published authors in the Arkansas Historical Quarterly, offering deeply researched and skillfully crafted studies on such topics as the desegregation of the state’s schools and public facilities, race and urban development in Little Rock, the Black Power movement, and policing and the African American community. His books and essays have repeatedly been honored for excellence, winning four of the Arkansas Historical Association’s top prizes.”

Glazier’s love for and effectiveness in teaching is apparent in the awards she has received from her students, just in the past five years: The Student Government Faculty Appreciation Award (We Heart our Faculty Awards) in 2020 and the Student Government Association Faculty Member of the Year award she received for the 2016-2017 year. Glazier has also spent a considerable amount of time learning how to be a more effective teacher and has shared her considerable knowledge with the academic world by publishing several articles and books on the subject of teaching.

Her latest book, “Connecting in the Online Classroom: Building Rapport between Teachers and Students,” published in 2021, came at a critical time in teaching, when so many have needed to switch their tactics in reaching their students.

“With many faculty members suddenly moving their classes online—some for the first time—building connections with online students became more important than ever,” Glazier said. “Over the past two years, I have written blog posts, given interviews, taught webinars, published peer-reviewed articles, recorded videos, and even Tweeted teaching advice in order to share my research and knowledge on online teaching.”

In addition to her teaching duties, Glazier has also been overseeing the Little Rock Congregations Study, which aims to understand the impacts of faith-based community engagement, get students out of the classroom and involved in the community, and to provide relevant information regarding findings in the community. She has been overseeing the research project since 2012, engaging graduate and undergraduate students in hands-on research about the religious organizations in their community.

Glazier is also heavily involved in several committees and organizations including serving as the Politics and Religion Program Chair at the American Political Science Association Annual Meeting in 2021, a member of the Chancellor’s University Plaza Content Committee, the Academic Technology and Computing Committee, the Winthrop Rockefeller Distinguished Lecture Series Committee, and more.

An international expert in the field of transitional justice, Wiebelhaus-Brahm is a co-investigator on the UK Global Challenges Research Fund-supported “Strategic Network on Justice, Conflict and Development,” which links a group of academics and practitioners in the developed world with those in Colombia, Sri Lanka, Syria, and Uganda. In the Hub, he is working with Dr. Kirsten Ainley of Australian National University to study donor funding priorities that focus on justice and peacebuilding.

From 2015-2017, Wiebelhaus-Brahm was a co-principal investigator on a Norwegian Research Council grant evaluating the implementation record of the recommendations of 13 Latin American truth commissions. As part of this major project, he co-led a multinational research team that conducted field research in 11 countries in Latin America and has led to two books, “Exploring Truth Commission Recommendations in a Comparative Perspective: Beyond Words” and “Latin American Experiences with Truth Commission Recommendations: Beyond Words.”

Since 2020, he has co-organized the “Transitional Justice in the USA” Speaker Series in which academics, activists, and policymakers discuss justice needs and efforts past and present to address historical injustices faced by racial and ethnic minorities in the US.

In Arkansas, Wiebelhaus-Brahm has worked with the Pulaski County Community Remembrance Project to memorialize lynching victims in the county. He also met with Gov. Asa Hutchinson and testified before the Arkansas legislature to advocate for a truth commission to address the state’s history of racial violence.

“We awarded the CHASSE Award for Excellence in Research to Dr. Wiebelhaus-Brahm because his research is meaningful, extensive, and pedagogical,” said Dr. Jana McAuliffe, chair of the CHASSE Awards Committee. “His research projects stand out as particularly meaningful because they confront the effects of violence, war, and mass atrocity, engaging human suffering as part of the difficult process of working toward global peace. He endeavors to figure out what actually works to help communities across the world heal from violence and build healthier, safer societies.”