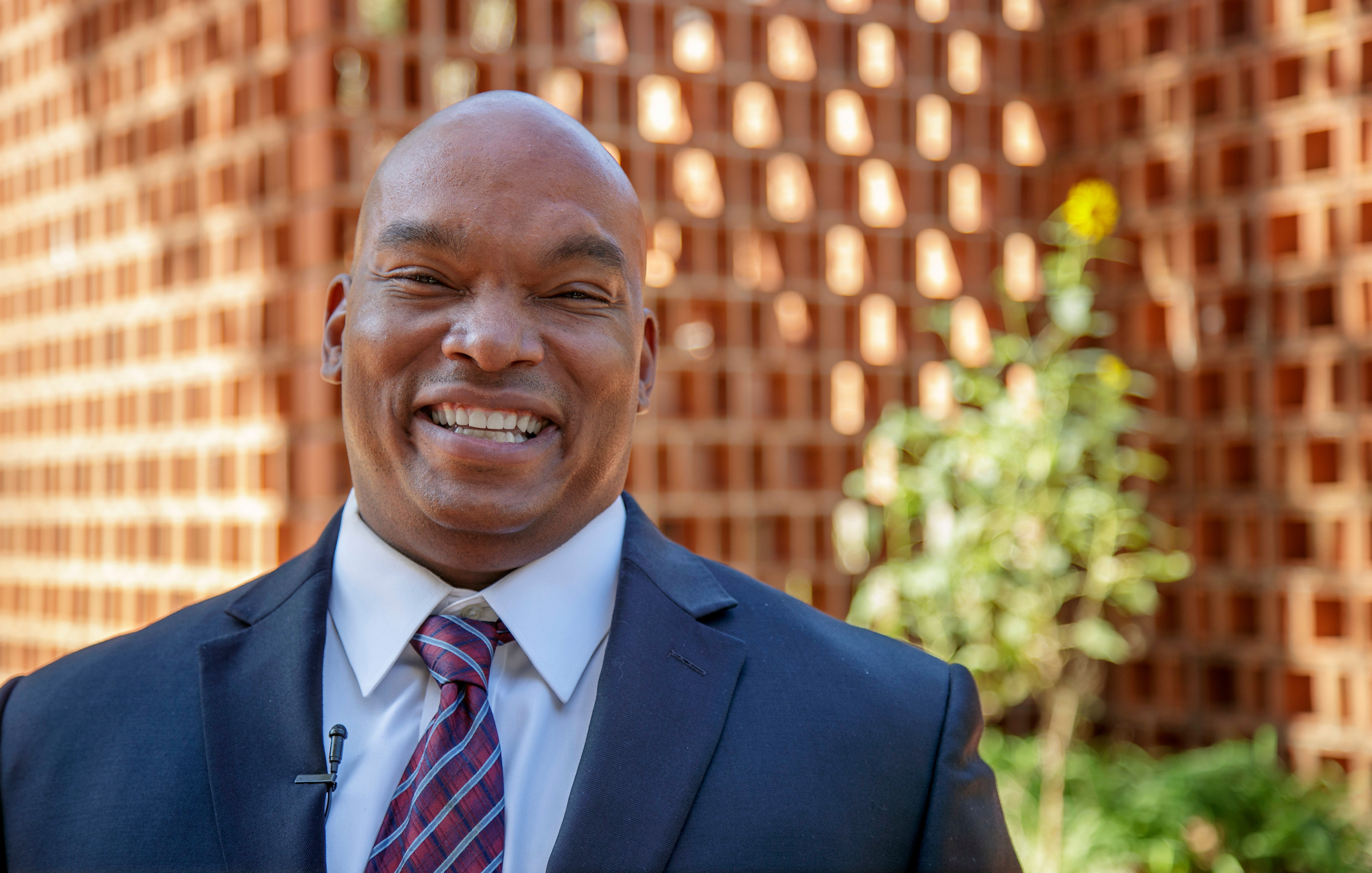 Justin Williams, a longtime law enforcement officer, is working toward his goal of completing his college education at the University of Arkansas at Little Rock.

“Justin is a non-traditional student who decided to pursue higher education after 11 years of service as a police officer in Pine Bluff,” said Dr. Tusty ten Bensel, director of the School of Criminal Justice and Criminology at UA Little Rock. “His interest in criminal justice comes from his years of being a police officer, both municipal, and state. Justin is energetic, full of drive, and has a passion for teaching students”

A law enforcement officer with 14 years of experience as a police officer and state trooper, Williams is well on his way to making the jump from police officer to professor. With just two courses left over the summer to complete his bachelor’s degree, he will begin the master’s degree program in criminal justice during the fall semester.

“As I’m getting ready to graduate, I am very excited about the opportunity to join the graduate program,” Williams said. “It feels like a dream to go from a 2.1 GPA in high school to now qualify for a graduate program.”

His ultimate goal is to earn his Ph.D. and then become a professor of criminal justice, where he can share his many years of experience in law enforcement with his students.

After graduating from high school in 1999, Williams started college at the University of Arkansas at Pine Bluff. He left after two years, having decided that college wasn’t for him at the time.

After he became a full-time police officer in Pine Bluff in 2011, Williams decided to go back to school to earn his associate degree at Southeast Arkansas College. He became a state trooper in 2014.

Williams transferred to UA Little Rock in 2017 and has spent a busy five years finishing his bachelor’s degree as he juggled multiple roles. He took a sabbatical from work in February to concentrate on his education.

“When he started as a work-study student in criminal justice, he had multiple responsibilities,” ten Bensel said. “He was working as a full-time police officer, 20 hours a week at work study, a student, a husband, and a father of two young boys. Regardless of the number of responsibilities, he always came to work with a smile on his face and a determination to finish his education.”