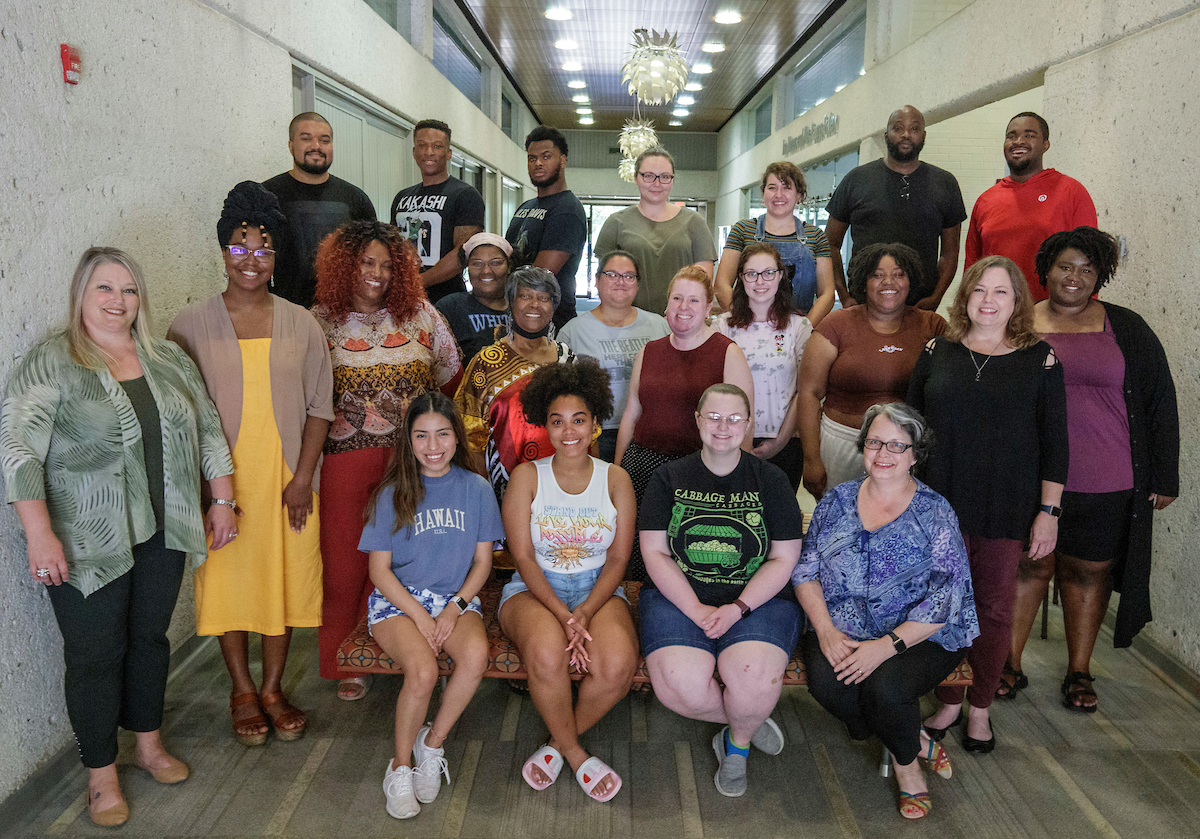 About 20 students in the UA Little Rock Choirs will make their debut performance at Carnegie Hall in New York City on Sunday, June 26.

Altogether, approximately 80 singers from Arkansas will be performing at Carnegie Hall during the afternoon concert that begins at 2 p.m. This will include 19 UA Little Rock students and three alumni, 35 from Berryville High School, 20 from Robinson High School, and 10 from Una Voca from Wildwood Park for the Arts.

“It’s really humbling because a lot of people can’t say I got the chance to sing at Carnegie Hall with a university choir,” said Brent Foster II, a junior music education major from Wrightsville. “I think it will be a really great experience to get to perform on such a caliber of stage where a lot of great musicians and composers have performed their works. You never know who is watching. While I’m performing at Carnegie Hall, someone may look up to me and say, ‘one day I am going to do that too.’”

The students have been fundraising for more than a year to raise the money to go on this trip. Their efforts have included bake sales, a Halloween fall festival, vocal arts festival, concerts, a gala, auctions, and more.

News of the Carnegie Hall performance has inspired much community support. The students have received a number of donations that include a $25,000 anonymous donation and a $3,000 donation from the UA Little Rock Student Government Association. Altogether, UA Little Rock choir students received nearly $40,000 in donations to support the trip.

“I’ve learned that this trip has inspired the students and jump started the musical choir program,” Mason said. “It’s been rewarding to see student leaders emerge and to contribute in a way they haven’t before. They are eager to make their mark as artists. That is what this is all about. I think every musician should have an opportunity to travel and perform together. It builds bonds as they grow into their future careers. It also gives them world experience and a different viewpoint. There is more to music than what we can do here.”

Jessica Arellanes, a senior music education major, said she is looking forward to telling stories about her accomplishments to her son.

“I think being able to put on your resume that you performed at Carnegie Hall is a huge, huge thing for any musician,” she said. “I am a single mom of a four-year-old son, Oliver. I think it is cool for him to see me going to school and going to the concert. He gets to see mommy go do big things.”

Besides singing at Carnegie Hall, Arellanes is looking forward to visiting the top of Rockefeller Center, where her parents got engaged, on her first trip to New York City.

Students will also be seeing a Broadway show, visiting Times Square, and taking a cruise of New York Harbor.

“The thing I am looking forward to the most is spending time with my friends and classmates,” said Carmen Ramirez, a May graduate of UA Little Rock. “Now that I’ve graduated, it might be the last time I get to spend with them. Carnegie Hall is one of the biggest places to perform at in the world. I’m hoping it opens up doors for me to perform or conduct.”

For future Carnegie Hall plans, Mason has already been invited to conduct a second performance at Carnegie Hall in 2024. This time she will lead a festival choir of talented youth singers from around the country.