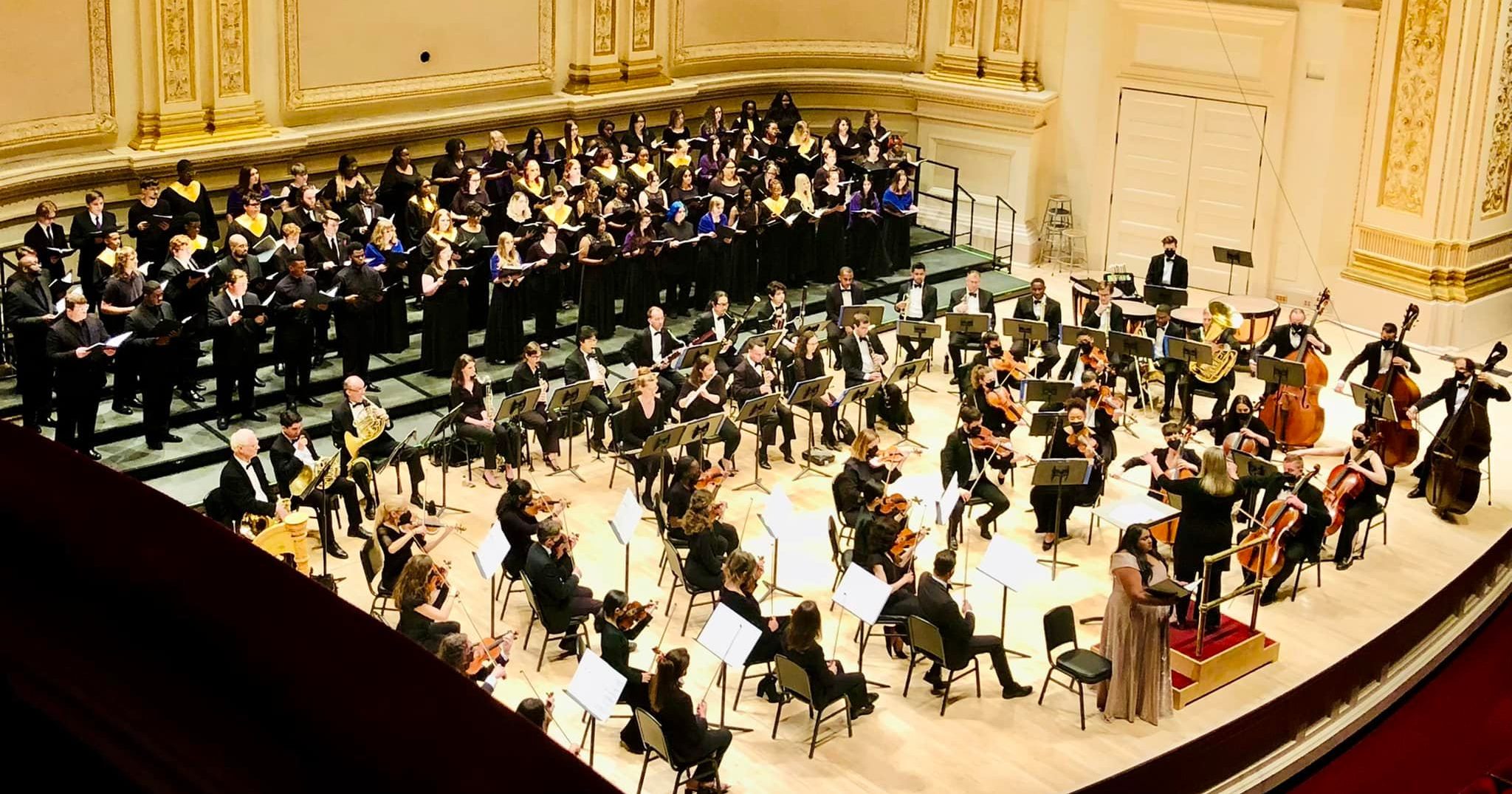 For Dr. Lorissa Mason, director of choral activities at UA Little Rock, conducting at Carnegie Hall for the first time ever was a once-in-a-lifetime experience that she will never forget.

“To conduct at Carnegie Hall was everything I thought it would be and more,” Mason said. “Spending time in the Maestro Suite before the concert, where the world’s greatest conductors throughout history have sat and prepared for performances, was special and humbling. Pictures of the greats hang all through the halls backstage, and the spirit of the concert hall is everywhere. It is a beautiful place, where music meets humanity, and you can feel it when you are in the space. There are no words to properly describe the feeling of performing here, and it is an experience that will not soon be forgotten.”

Mason led a group of UA Little Rock Choirs students and alumni for their debut performance June 26 at Carnegie Hall in New York City. She conducted a performance of Francis Poulenc’s masterwork “Gloria” along with the New England Symphonic Ensemble and accompanying choirs from Arkansas. This included performers from Berryville High School, Robinson High School, and Una Voce from Wildwood Park for the Arts.

While the trip got off to a rocky start with their flight from Chicago to New York City getting canceled on June 23, the group was able to reschedule through numerous flights and airlines to arrive before their rehearsals began June 24.

“The students carried themselves with integrity and joy,” Mason said. “Their leadership was inspiring. They represented the choral program, the university, and our city beautifully. Rehearsals progressed efficiently, and the group had a great time outside of rehearsal as well. The dress rehearsal and performance were spectacular. We received a standing ovation for our performance. There were a number of reactions after the concert from our singers, including smiles and tears and everything in between. It was truly a remarkable experience.”

“I tried to take it all in at Carnegie Hall during the dress rehearsal Sunday morning. It’s a stunning space with so much history,” Downs said. “When we performed that afternoon with an audience, it was tempting to be swept away again. Dr. Lorissa Mason did a masterful job of bringing all the vocal groups together to form one unified choir, and of conducting us and the orchestra at Carnegie Hall. My fellow choir students represented the university well, both in terms of their musical gifts and their patience and gracious attitudes. To say I’m proud of them is an understatement.”

Aside from musical performances and practices, the group experience Broadway shows, unique dining, museums, subway experiences, Top of the Rock at Rockefeller Center, shopping, a dinner cruise around the Statue of Liberty, and more.