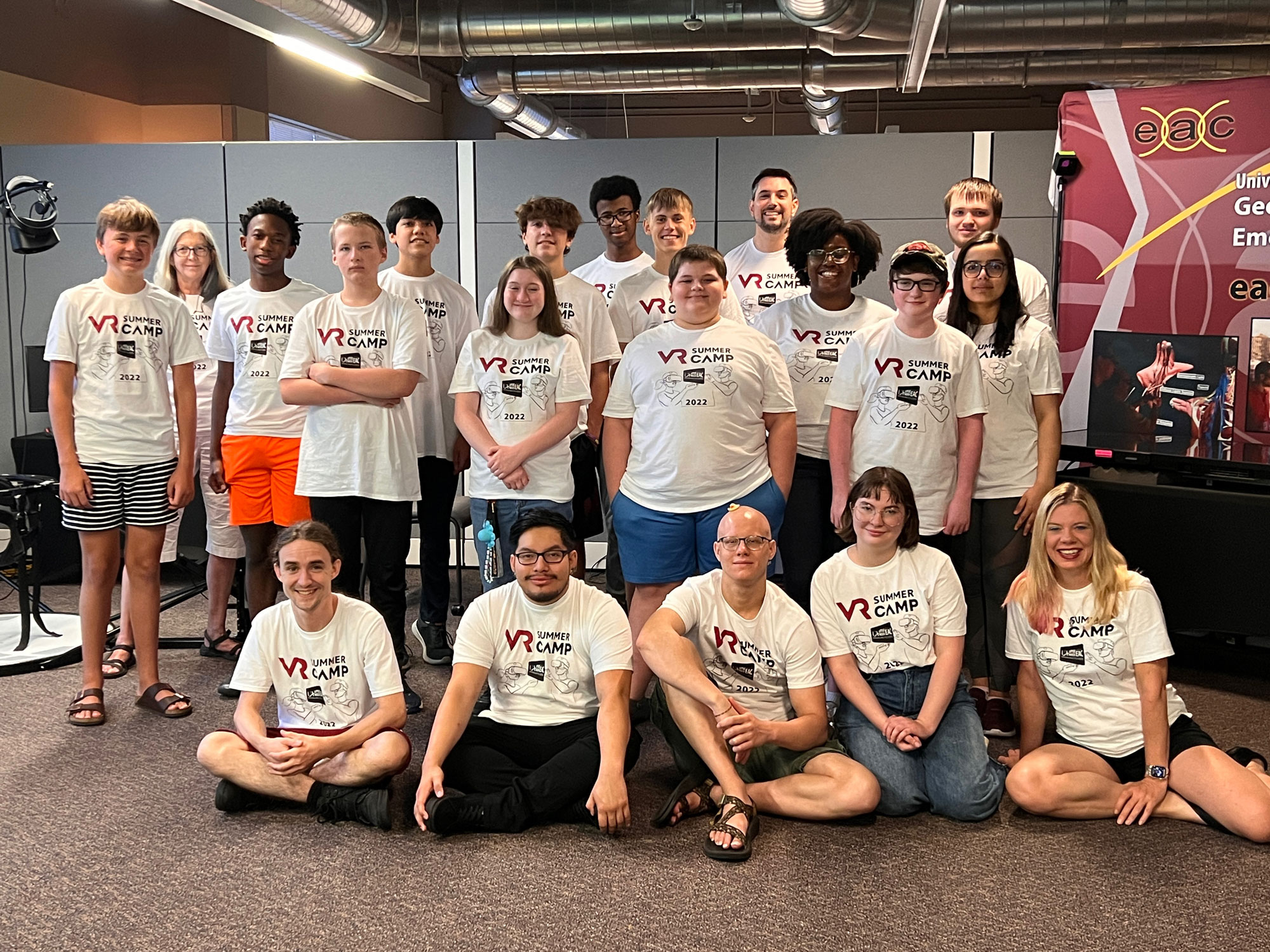 About a dozen junior high and high school students spent a week learning how to create immersive games and virtual reality content for Meta during a virtual reality summer camp held Aug. 1-5 at UA Little Rock.

Students learned how to create immersive games for the Meta Quest and Meta Quest 2 using the program, Unity, in the Emerging Analytics Center at UA Little Rock. At the end of the camp, students are set up with developer accounts if they want to continue to create games and other virtual reality content for Meta.

James Skaletski, a rising 12th grader in Germany, took the camp while he was visiting family in Arkansas.

“I think the camp is really cool,” Skaletski said. “We are learning to make games and implement them into virtual reality. You can create any game you can think of and then play it. For a career, I want to become a video editor, so some of the skills I’m learning in camp are similar to that and will be helpful in the future.”

Philip Bryan, a graduate student in computer science, said students learned how to use the Unity program to create immersive games for the Meta Quest or Meta Quest 2.

“Unity is a useful program to make games and fun tools,” Bryan said. “It’s a really useful skill to have. I hope the students keep involved in computer science. There are a lot of styles of games they create so I hope they keep using Unity. We also set them up with a developer account for the Meta in case they want to continue to develop games.”

This is the second year for the virtual reality camp. Sandra Leiterman, managing director of the Cyber Arena, said she came up with the idea for the camp last year when she heard kids talking about the types of virtual reality games they wanted to play.