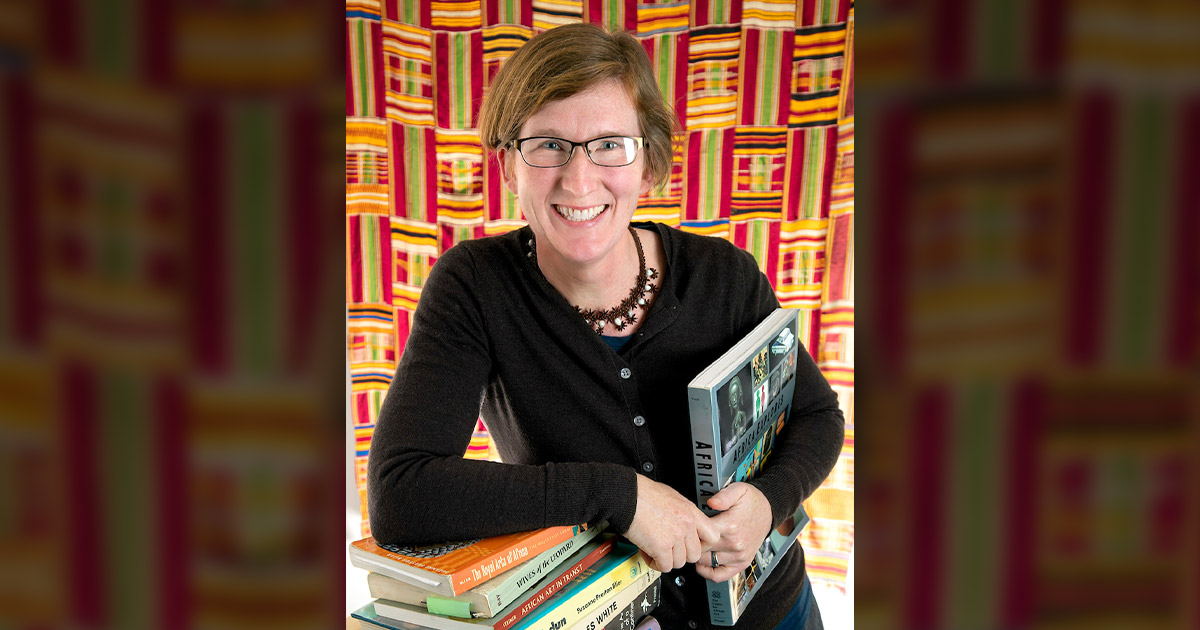 Dr. Lynne Larsen, assistant professor of art history at UA Little Rock, has been studying the African Dahomey Kingdom, which is now in modern day Benin, since 2007.

She’s been fascinated by the art, architecture, and gender roles of the West African kingdom, but now her expertise is being sought as the kingdom takes center stage after the release of the film “The Woman King.”

The movie is “the remarkable story of the Agojie, the all-female unit of warriors who protected the African Kingdom of Dahomey in the 1800s with skills and fierceness unlike anything the world has ever seen,” according to the film’s synopsis.

So far, Larsen has been interviewed by Smithsonian Magazine, Atlas Obscura, Ms. Magazine, and HowStuffWork.com.

“It’s exciting to see stories about Africa being told in a big way,” Larsen said. “I teach African Arts. For Americans, Africa is often not on our radar. We often only see moments of crisis in the media – famine, child soldiers, and blood diamonds. It’s good to see stories of people seeing their own agency. I was a little sad driving to see the movie thinking of my friends in Abomey (the former capital of the Kingdom of Dahomey) who won’t ever get the chance to see the movie.”

Larsen visited Benin this summer to conduct research for a book she is writing on the architecture of the Royal Palace of Dahomey.

The Agojie, also known as the Dahomey Amazons, had a unique role in society. Larsen’s book chapter, “Wives and Warriors: The Royal Women of Dahomey as Representatives of the Kingdom,” in “The Routledge Companion to Black Women’s Cultural Histories” describes how Dahomey’s female military troops were recognized by their uniforms and were famous for their fierceness in battle.

“There was both an all-male and all-female army in Dahomey. The women did have a privilege that they lived within the palace while the men could not,” Larsen said. “They were also considered wives and followers of the kings. They weren’t allowed to get married or have any sexual relations.”

Larsen believes that the 2018 film “Black Panther” really paved the way for “The Woman King.” In “Black Panther,” a strong all-female guard called the Dora Milaje protect the King of Wakanda. The fictional Dora Milaje was inspired by the Agojie of Dahomey.

“In the wake of ‘Black Panther,’ people started asking what the precedent is for having a female guard,” Larsen said. “Africa did have a country with a substantial female army that was powerful and feared. Without ‘Black Panther,’ would we have ‘The Woman King?’ I don’t know, but I am excited with the direction things are going.”