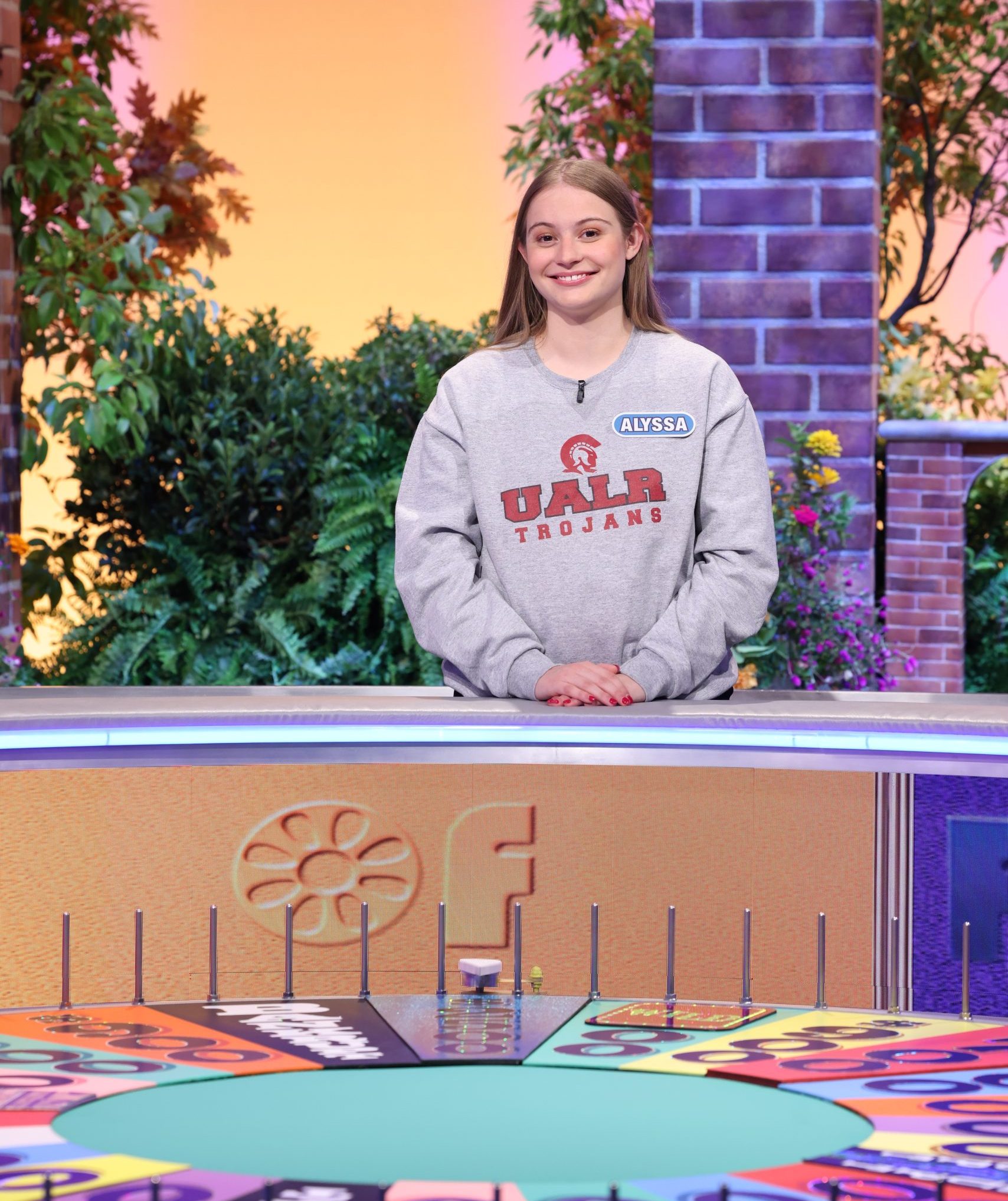 The first week of school for Alyssa Fawbush, a senior double majoring in psychology and nursing at the University of Arkansas at Little Rock, has turned into the most eventful week of the college student’s life.

The Sherwood native not only got the chance to fulfill her childhood dream of competing on “Wheel of Fortune,” but she also got engaged on the trip home.

You can watch Fawbush represent UA Little Rock at 6:30 p.m. on KATV Channel 7 on Thanksgiving, Nov. 24!

“I used to watch it with my grandpa growing up, and we would always try to figure out the puzzles,” she said. “I always wanted to be on ‘Wheel of Fortune,’ but I didn’t think it would happen.”

Her journey to the wheel started in January after she submitted an online application with the encouragement of a supporter.

“I used to work in senior care. A lot of our older clients would watch ‘Wheel of Fortune’ at home, and I had a lady tell me that I should be on the show,” Fawbush said. “I sent in a picture and a video explaining why I thought I should be on the show. I didn’t hear anything for months. The same week I started a new job in Sherwood as a preschool therapist, I heard that I got to move to an audition.”

Fawbush participated in an online audition in May and was selected to participate during iconic College Week, which brings together college students from across the country to participate in a week of episodes honoring higher education.

“I filmed the episode during my first week of classes at UA Little Rock in August, so I was doing my first week of classes virtually from Los Angeles,” she said. “We got to see the set of ‘Jeopardy’ while they did our makeup and we rehearsed. The whole experience was really fun. I can say it’s a lot different when you are up there versus watching from home. The wheel is very heavy. It takes a lot of strength to spin.”

While preparation for the show took hours, Fawbush said the taping of the episode was less than half an hour.

“It was the fastest 20 minutes of our lives!” she said. “When I wasn’t playing, I was in the audience. We taped about six shows that day, and I got to watch all the other College Week shows being filmed. College Week is super cool. I got to know a handful of college students from around the country and play with them.”

On the way home from Los Angeles, Fawbush and her family made a stop in Las Vegas, where her boyfriend, Layne Sikes, a 2020 graduate of UA Little Rock, proposed at Bellagio Hotel and Casino.

“It was an eventful trip!” Fawbush said. “Layne was pretty relaxed about it. I knew he was thinking about proposing, but I had no idea he had taken a ring with us on this trip.”

Overall, she is thankful to the crew at Sony Pictures Entertainment for giving her the experience of a lifetime!

“This was the most fun I’ve ever had and absolutely a dream come true!” Fawbush said. “Vanna White and Pat Sajak are sweethearts and are both really nice. The whole crew at Sony Pictures is really awesome, and I loved getting to meet them. They also let us keep our name badges, which was cool.”