It Might Sound Crazy, But…A Discussion of Bipolar and Borderline Personality Disorders

“It Might Sound Crazy, But…” is a new series of mental health posts on the Public Service Blog.

Once again, the news and other media are full of discussions about mental health issues and associated policy proposals. Unfortunately, debate around mental health in this country is typically uninformed, which is an obstacle to developing effective solutions for what is a serious challenge 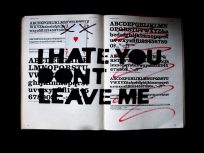 When discussing mental health, it is evident that people are familiar with common mental health illnesses such as depression, anxiety, and bipolar disorder. Bipolar disorder in particular is mentioned in the media endlessly. This celebrity went to rehab, turns out she’s bipolar! Or, that musician has been acting so erratic- must be bipolar!

And yes, in reality, these celebrities are often suffering from a mental health issue. Brittany Spears, Lindsay Lohan, Demi Lovato, Courtney Love–just to name a few–all have mental health disorders.

But only one of those celebrities suffers from bipolar disorder. The other four suffer from another illness that many people are less familiar with–Borderline Personality Disorder (BPD).

Like many Americans, you have likely never heard of BPD. If you have, you still may not know as much about it as you do about other illnesses that are discussed more widely in the media. While BPD is similar to bipolar disorder in many ways, it is actually a distinct illness, and one that is just as severe and debilitating.

To help inform future discussions about BPD and Bipolar Disorder, I have created this infographic. Feel free to share, especially with those who are less knowledgable about mental health issues.