The UA Little Rock Center for Arkansas History and Culture (CAHC) is leading a team effort to commemorate a pivotal moment in women’s plight to secure the vote. Part of that effort is a new virtual exhibit titled “Arkansas Women’s Suffrage Centennial,” which opened on February 7, 2017. 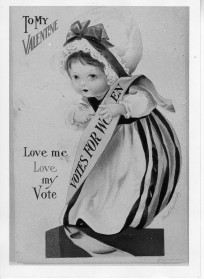 The exhibit, ualrexhibits.org/suffrage, features essays on topics such as the interplay of the temperance and suffrage movements, the evolution of women’s fashion at the turn of the 20th century, arguments from anti-suffragists, and an extensive media gallery including historic documents and photographs depicting the women’s suffrage movement in Arkansas.

February 2017 marks 100 years since Arkansas gave women the right to vote with the passage of primary suffrage, three years before the US passed the 19th Amendment. Official events for the centennial project, which will be celebrated from 2017-2020 will also be included in the exhibit. 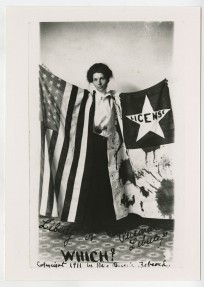 “Creating this virtual exhibit will give the world access to important resources and scholarly perspective on this critical leap in Arkansas’s long history of civil rights struggles,” said Chad Garrett, director of technology and digital initiatives for UALR Collections and Archives Division. “The fact that it’s online means that anyone can access valuable information on the struggle Arkansas’s women endured to access their right to vote and be full participants in our democracy.”

The virtual exhibit is supported in part by a grant from the Arkansas Humanities Council and the Department of Arkansas Heritage.

The virtual exhibit is part of the Arkansas Women’s Suffrage Centennial Project (AWSCP). This project commemorates the 100th anniversary of the right to vote for women in Arkansas by promoting events, encouraging research and education programs related to women’s suffrage, and helping to preserve the history of women’s suffrage within the state. The project steering committee includes representatives from the Arkansas Secretary of State’s office, the Arkansas State Archives, the Arkansas Women’s History Institute, the Butler Center for Arkansas Studies, the UA Little Rock Center for Arkansas History and Culture, the Old State House Museum, and the MacArthur Museum of Arkansas Military History.