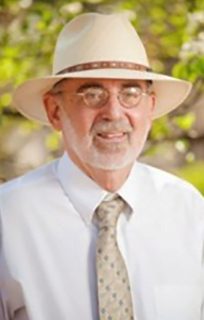 For over 33 years, Dr. Michael Kleine served as a Professor of Rhetoric and Writing at the University of Arkansas Little Rock. He was the recipient of both the Faculty Excellence Award in Teaching (one award given each year campus-wide) and the Students’ Choice Award for Outstanding Professor. He also was an inaugural co-director for UALR’s Academy for Teaching and Learning Excellence. He taught courses in persuasive writing, rhetorical theory, language theory, and the history of rhetoric and persuasion. He has published a book and thirty-three articles and book chapters, many of them dealing with his interest in dialogical practice in both oral and written communication. He sees himself as a “new rhetorician,” more interested in the value of cooperation than the classical value of competition.

Mrs. Hope Smith began her career with Arkansas Community Correction in 2013.  She started as a probation/parole officer in the North Little Rock probation office.  In November of 2015, she transferred to the Fort Smith probation office and worked as a sex offender officer.  In July of 2016, Mrs. Smith became an Agent with Probation/Parole Services and in March 2017, she was promoted to her present job as Assistant Area Manager of Re-Entry. Mrs. Smith is a certified law enforcement officer, field training officer, law enforcement instructor and a member of the Child Abduction Response Team.  She is a 2011 graduate of the University of Arkansas at Little Rock with a BA in Criminal Justice. Mrs. Smith has been married to Greg Smith since October 2013. 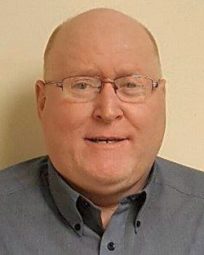 Lee Turner, a resident of Pine Bluff, Arkansas, is a public speaker for Department of Human Services programs in Jefferson County Arkansas. Professionally his talks have ranged from informational Civic Club programs to instructional and motivational talks to prison inmates. Lee is employed as the County Administrator for DHS in Pine Bluff and works as a volunteer for the Arkansas Department of Corrections as a Certified Religious Assistant for the chaplain’s office at the Pine Bluff Complex and the Kairos Prison Ministry. Lee is a graduate of the University of Arkansas at Monticello, the UA Little Rock Certified Public Manager’s program, the University of Central Arkansas Community Development Institute and the Faith Bible Institute. 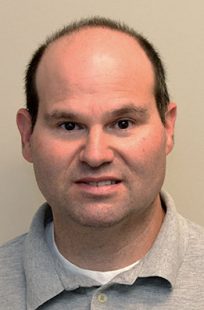 Mr. Shapiro is a professional with broad background in law enforcement and supervision. He has extensive experience in specialized investigation training.  He has worked in teaching, training, and supervision. Mr. Shapiro is currently a Jefferson County Sheriff’s Deputy. He received his Bachelor of Arts in Criminal Justice from University of Arkansas at Little Rock. Mr. Shapiro serves/ed as SEARK College Committees: Safety, Distance Learning, IAC, Foundation Scholarships and Jefferson Area Technical Career Center, Criminal Justice Program Advisory Board member, as well as, University of Arkansas at Little Rock Arkansas Detention Center Reentry Initiative. 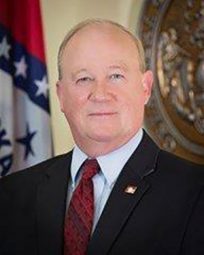 Chairman of the Arkansas Parole Board 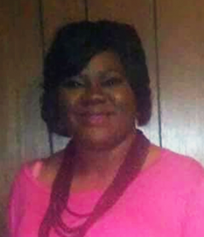 Stephanie Patterson- Harris has been working for the State of Arkansas since April 19, 1999. She obtained a Bachelor’s Degree in Social Work from, the University of Arkansas at Pine Bluff.  She is currently, a Program Specialist at the Pine Bluff Unit Correctional facility. Her role as a Program Specialist, is to: positively impact program operations through providing outreach and educational services to the male inmate population, tackle the challenge of facilitating group counseling sessions in preparation for the success of the program while adhering to all program policies and guidelines; while also serving as an advocate to the male inmate population.  Mrs. Patterson-Harris strives to consistently stay abreast of all Arkansas Department of Corrections safety guidelines and procedures while ensuring quality service to each inmate.

Over the past 35 years, Tauheed has worked as a counselor, community developer, community consultant, and businessman. He is a graduate of the University of Arkansas at Little Rock. He has over 40 years of experience as a volunteer with the Arkansas Department of Correction. He is a recipient of the “Governor’s Citizen Merit Award” for outstanding contributions made to the State of Arkansas. He is a proud father of three sons and two daughters and has eleven grandchildren.

Mrs. Shuntrice Hughes is the Communication and Outreach Coordinator with Arkansas Office of Child Support Enforcement (OCSE). Shuntrice has been employed with the State of Arkansas for more than 23 years.  Twenty-one of those years she has been dedicated to securing child support payments for the children of Arkansas. Shuntrice has worked at all levels within the child support program, from providing direct services to parents receiving child support services to assisting legal staff with the preparation of cases and presentation of testimony at trial.  For 16 years she was responsible for direct supervision of a Central Registry statewide program. Since 2016, Shuntrice has dedicated her talent and years of experience to successfully educating NCPs (Non-custodial parents) how to work with OCSE to benefit their children and assisting them in the area of job placement.

Shuntrice specializes in connecting non-custodial parents to Child Support. In her current position she travels to Federal and State prisons to speak to inmates about child support, providing assistance by answering questions and offering feedback from their caseworkers. Shuntrice is the face of child support as it relates to outreach programs, and attends, as many fairs (health, job) as possible in an effort to spread information about child support to the community.

She also, served as the Project Manager for “Child Support Awareness” month in August 2018.

Karen Lawson began working for Arkansas Department of Corrections (ADC) in  March 2005 as a Correctional Officer. From 2008 -2017 she began working within maintenance at the ADC. In March of 2017  she took on the role of Program Specialist for ADC Hobby craft and Library Supervisor. In August 2017 Karen become involved with Community Based Reentry Program.