Dr. Naoki Hakutani is an associate professor in the Department of Music. He is known for his personal but rigorous style of teaching. 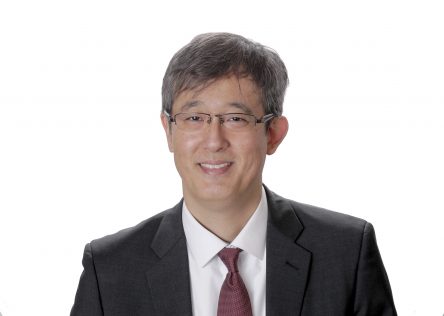 Dr. Hakutani’s students have noted and lauded his energy and humor in the classroom, and his high teaching standards. His peers have commented on his ability to train and develop fairly limited pianists into gifted pianists who have gone on to master extraordinarily difficult pieces on par with students at some of the most outstanding institutions in the nation.

Hakutani is praised for his work in his private studio, a powerful recruitment tool for the Department of Music, where he mostly works with children and teenagers in the central Arkansas area. He has been called the most sought out private piano instructor in the central Arkansas region. In 2016, Hakutani won the Arkansas Music Teacher Association (ASMTA) Teacher of the Year award for his work with his studio. He is heavily involved in local piano studies outside the university, and he has participated actively in the Music Teachers Association of Central Arkansas (MTACA).

Hakutani is well known internationally and has performed in various countries, including China, Taiwan, Japan, Korea, and Mexico. In the fall of 2014, he was a visiting professor at a university in South Korea. He taught master classes in China, and his work resulted in Chinese students coming to study at UA Little Rock. He is so well known in Japan that Japanese instructors have recommended that their students attend UA Little Rock for the purpose of studying with Hakutani.

Mentoring students is a signature part of Hakutani’s work as a professor. One of his students received a UA Little Rock Signature Experience Award, a $1,000 grant for undergraduate students to help fund a project or activity. Another student was nominated for the prestigious Whitbeck Memorial Award, an honor given to one outstanding graduating senior. Several of his pre-collegiate students have won Young Artist Competitions sponsored by the Arkansas Symphony Orchestra, and multiple students have won Music Teachers National Association (MTNA) awards.