Connecting the Community to STEM

Mike Tramel has played an important and active role in generating students’ interest in science, technology, engineering, and mathematics by conducting educational sessions for school groups of all ages. 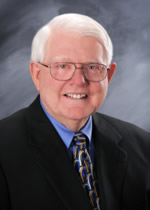 He provides operational and technical support for outreach programs like the Engineering Olympics in which students build a testing apparatus and review operational procedures for device testing.

Tramel was instrumental in ensuring the 2010 Best Robotics Competition was successful. He built, stored, assembled, and tore down the 24-foot by 24-foot competition field at all training sessions, team practices, and game competition which were held at four locations on and off campus.

Chair of the Construction Management Department, Tramel serves on the Faculty Senate and is co-chair of the Undergraduate Council. He prepares and teaches several courses each year for the Construction Specifications Institute. He integrates community service projects that provide students hands-on experiences in their field while benefitting nonprofits, schools, and other organizations.

Tramel serves the Arkansas Construction Education Foundation as a sponsor and guest presenter at its apprenticeship graduation ceremonies.

He received an M.S. degree from Arizona State University, two B.S. degrees – one in construction supervision and one in industrial psychology – from Northern Arizona University, and an associate of science degree from Glendale Community College.