Award-winning musicians, teachers, collaborators to be featured in Piano and Strings Festival March 7-8 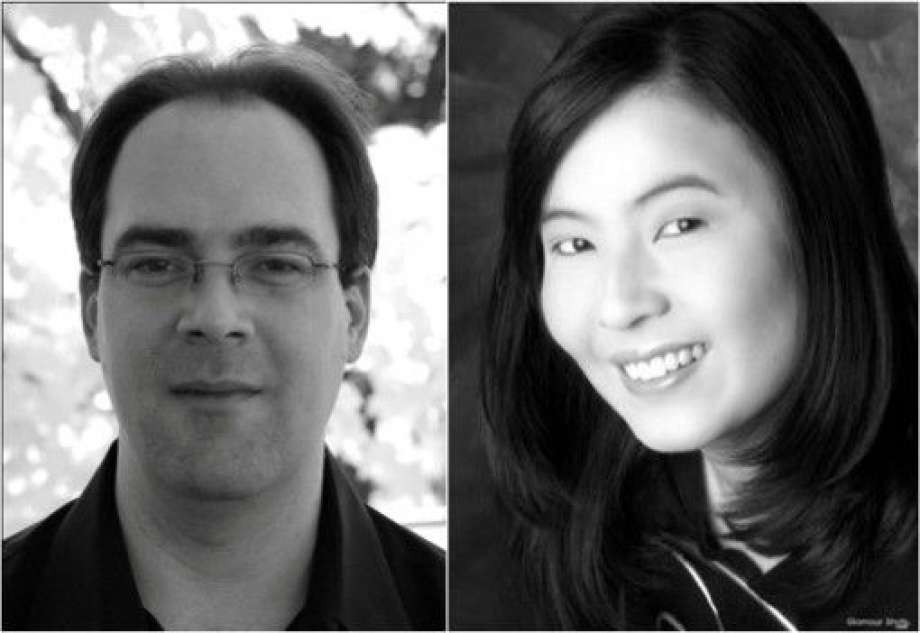 The University of Arkansas at Little Rock will host two special concerts during the Piano and Strings Festival March 7-8.

Duo Korusa will perform works by Antonín Dvořák, Erik Satie, and Carl Vine at 7:30 p.m. Saturday, March 7. In the second concert, the Albani Piano Trio and violist Dr. Timothy MacDuff will perform works by Richard Strauss and Camille Saint-Saëns at 3 p.m. Sunday, March 8. Both concerts are free and open to the public and will be held in the Stella Boyle Smith Concert Hall in the Fine Arts Building.

Duo Korusa is a versatile piano duet team dedicated to the performance of lesser-known works of the 19th and 20th century, as well as new works of the 21st century.

Award-winning pianists Dr. Jacob Clark and Dr. Sujung Cho perform together as Duo Korusa. The two have a keen interest in research and have presented lecture recitals at national and regional conferences of the College Music Society as well as at the National Group Piano and Piano Pedagogy Conference at Oberlin College and Conservatory. Clark currently serves as assistant professor of piano at Lamar University, specializing in applied and group instruction. Cho currently serves as instructor of collaborative piano at Lamar University.

The Albani Piano Trio and MacDuff will perform:

For more information about performances and learning opportunities through the UA Little Rock Department of Music, contact Dr. Vicki Lind at vrlind@ualr.edu.