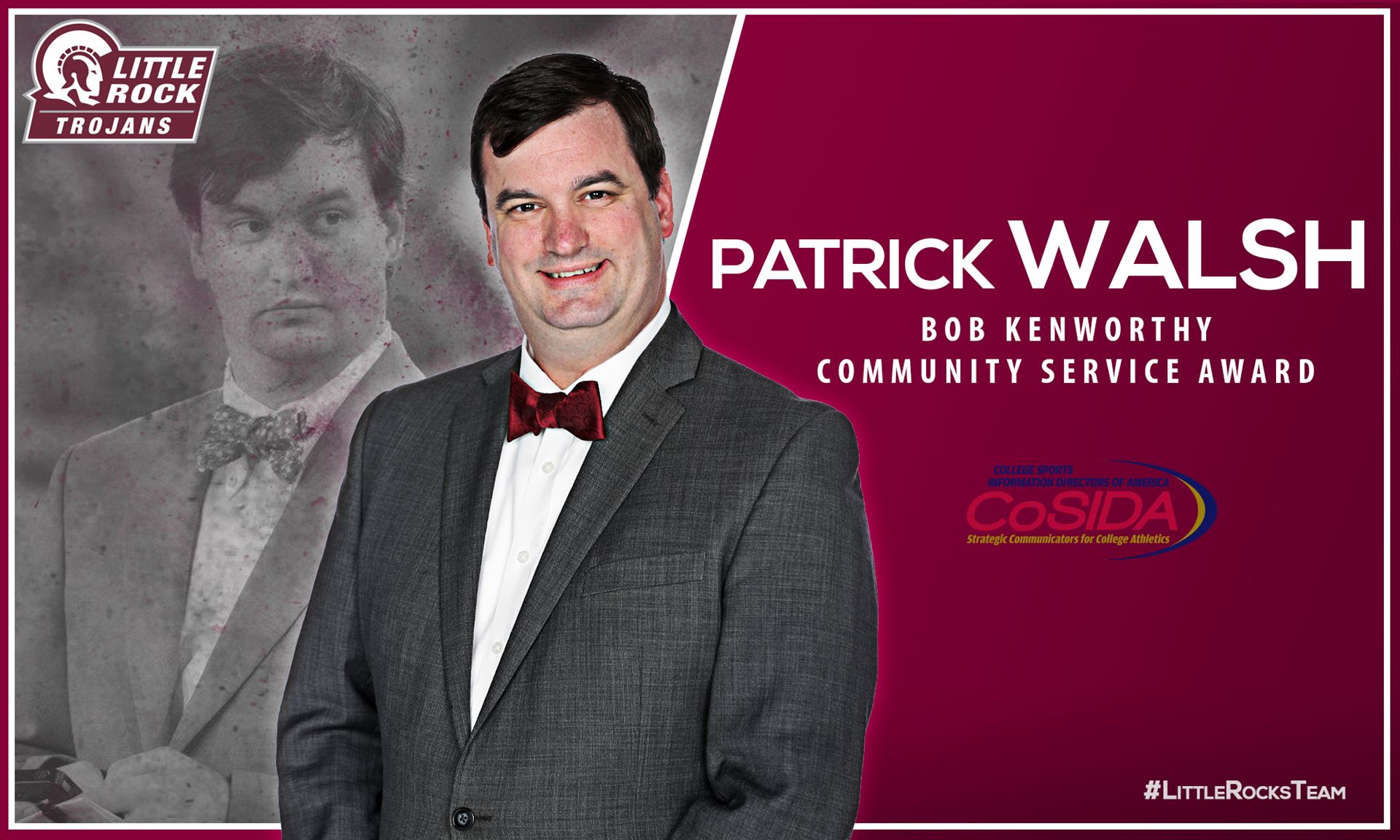 University of Arkansas at Little Rock Trojans Associate Director of Communications Patrick Walsh was honored Feb. 25 as the College Sports Information Directors of America (CoSIDA) announced that he will be the 2020 recipient of the Bob Kenworthy Community Service Award.

The Bob Kenworthy Community Service Award is presented annually to a CoSIDA member for civic involvement, community service, and accomplishments outside of the sports information/athletic communications office. Walsh is the first person from the Little Rock Trojans Athletic Department to receive a CoSIDA Special Award.

In addition to spending the last 15 years working in the sports information/athletic communications field, Walsh has been a co-founder and leader of two non-profit organizations. Walsh is the associate director of athletic communications at Little Rock, beginning that position in August 2019 after working at five other universities.

A member of the CoSIDA Convention Programming Committee, Walsh also serves as a mentor in the Mentorship Program. Outside of his Little Rock and CoSIDA efforts, he also counsels and advises young collegiate athletic professionals on career services such as resume and cover letter strategies. He previously served on the CoSIDA Publications and Digital Design Committee.

Walsh co-founded Heroes In Blue, a charitable organization that raised awareness of the positives that law enforcement has on our communities and provided assistance to families of fallen officers. As a part of that, Walsh led the social campaign to raise $190,000 in five days when a South Carolina area police officer was shot and killed.

The origins of Heroes in Blue took place after one of Walsh’s good friends from college and fraternity brother, Greg Alia, a police officer in Forest Acres, South Carolina was shot and killed in the line of duty in September 2015. He left behind a wife and then-six-month old son. Walsh worked with other fraternity brothers to launch a drive that raised over $200,000 for Alia’s family, which helped launch Heroes In Blue.

Walsh is also an ordained minister who has performed five weddings for friends in four different states.

The Bob Kenworthy Community Service Award will be presented during the CoSIDA and NACDA Convention this summer in Las Vegas.