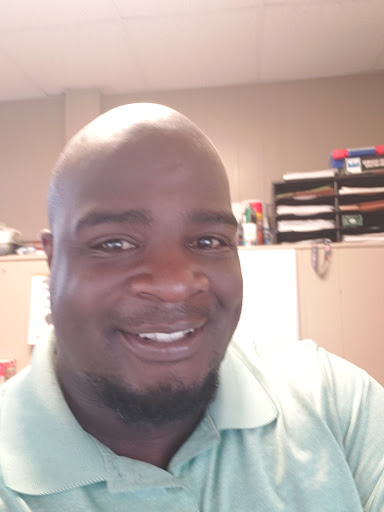 A Facilities Management employee at the University of Arkansas at Little Rock is excited about completing the business degree he began more than 15 years ago so he can get started on the next chapter of his academic life.

Kendrick Raino, operations center manager at UA Little Rock, is graduating this semester with a Bachelor of Business Administration degree in management.

“There is a huge sense of accomplishment, but I’m also thinking, ‘It’s about time,’” Raino said.

A native of Fountain Hill, Arkansas, Raino began his higher education journey at UA Little Rock in 2003, but left the following year due to a family emergency.

“After I graduated high school, I went to UA Little Rock for two years. Then, because of a family situation, I was forced to stop and work two jobs just to support the people around me,” he said. “I got good enough to be a manager. I came to a point that if I wanted to move forward, I knew I needed to finish college. I switched careers so I could go back to school.”

Raino began working in Facilities Management in 2011 as an administrative specialist and was promoted to operations center manager in 2013. By 2017, he enrolled for a second time, taking four to six classes a semester to finish his degree. He is a recipient of the Facilities Management Scholarship, and his co-workers are impressed by his hard work and dedication to his education.

“Working through lunches, breaks, well into the evenings, and online, he has persevered, completing his final term as a senior this semester,” said David Millay, associate vice chancellor of facilities management. “Throughout it all, Kendrick has not broken stride, overcome life’s hurdles, and proceeds undaunted to reach his goal. Kendrick is a model employee and student, and represents a brighter future for himself, his family and friends, and indeed our society in general. I commend him more for his ideals, his fortitude, and for his hard work in seeking and attaining this important life goal.”

Being able to pursue his degree online has been a godsend for Raino and his busy schedule. He’s thankful to Dr. David Montague, director of online learning, for introducing him to the program, to his advisor, Heyam Dannawi, and Shannon Gwinn, director of the Center for Student and Career Services in the College of Business, for being his “advocate and supporter since day one.”

Raino thinks of his college classes as a useful learning lab that has made him more successful in his career. Many of his on-the-job accomplishments, such as streamlining billing processes and increasing departmental response time to customer service calls, have been made in part to what he’s learned in his classes.

Though he is both working and going to school full time, Raino still volunteers with Big Brothers Big Sisters of Central Arkansas and the Arkansas Food Bank. Now that he’s completed his undergraduate degree, Raino has no plans to slow down his academic pursuits and has applied for the Master of Business Administration program at UA Little Rock in the fall.

“It’s absolutely never too late to try to strive to be a better version of yourself for yourself and the people around you,” Raino said. “Every step I’ve taken has made it that much more rewarding to where I’m at right now.”