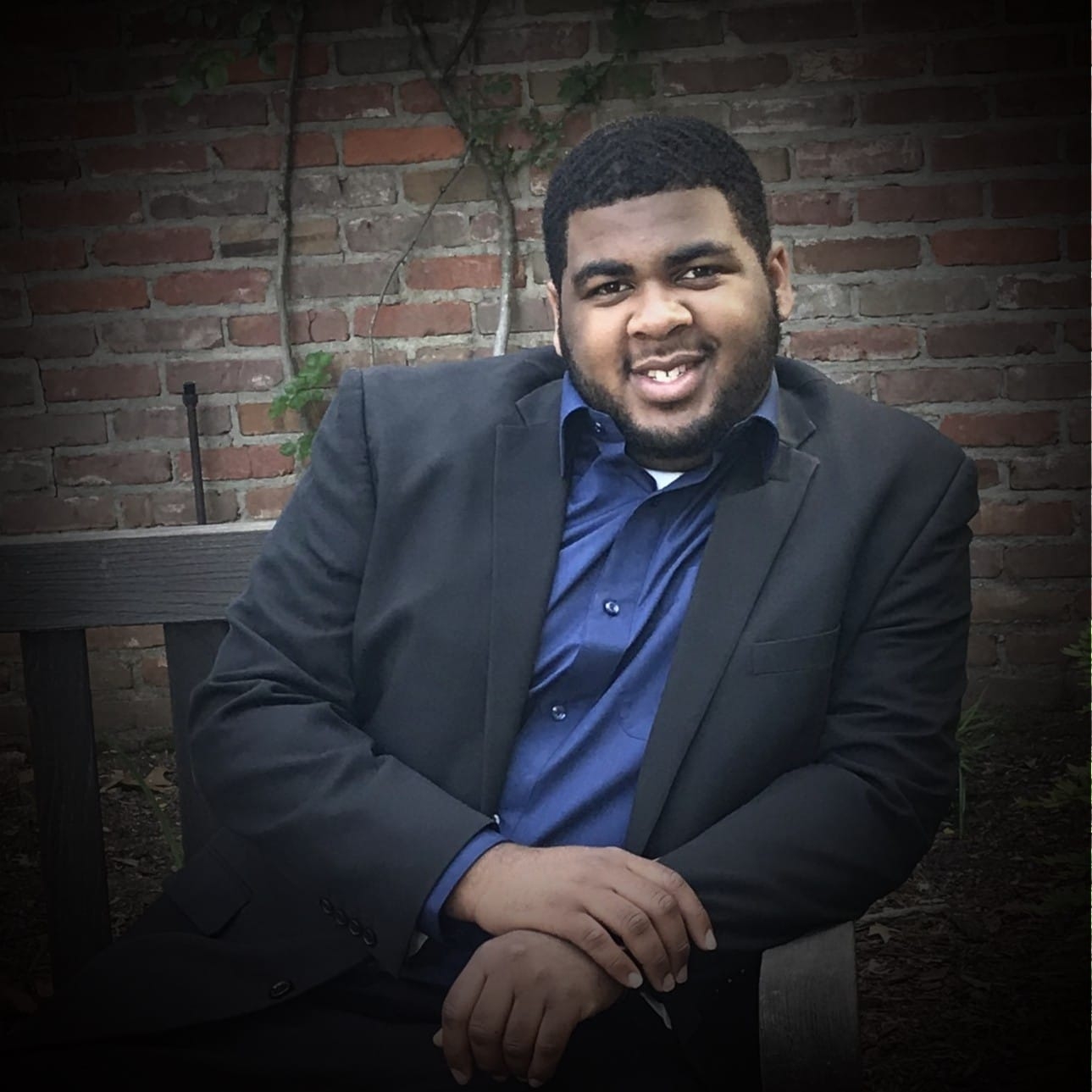 A University of Arkansas at Little Rock graduate wants to make the world a better place by becoming a scholar in transitional justice and peace building in countries affected by conflict and civil war.

Ra’phael Davis, a native of Newport, Arkansas, is graduating with bachelor’s degrees in international studies and philosophy as well as a certificate in professional Spanish. In the fall, Davis will begin a Ph.D. program in political science at Ohio State University, where he will study international relations and comparative politics. He is also a recipient of the Dean’s Distinguished Graduate Enrichment Fellowship, a fellowship that lasts for three years and is supplemented by a two-year assignment as a teaching or research assistant.

“There is a deep seated moral commitment from me since I was in grade school to help reduce conflict in the world, specifically for marginalized groups,” Davis said. “In the fourth grade, I learned about genocide. It startled me just to learn that it existed. I knew that somebody had to do something to stop this, and that is what stuck with me. I wanted my life committed to helping other people and improving their lives. I want to find ways to prevent genocide, hold people responsible, and improve people’s lives after conflict.”

After taking a 2018 seminar on peace building and post-conflict reconstruction with Dr. Eric Wiebelhaus-Brahm, associate professor in the School of Public Affairs, Davis was inspired to apply for the National Science Foundation Research Experience for Undergraduates in Conflict Management and Peace Science. After spending the summer of 2018 conducting research at the University of North Texas with Dr. Jaqueline Demeritt, Davis’ research on the impact of transitional justice and reparations on post-civil war peace was published in two academic journals on philosophy and international relations.

“As a transitional justice and conflict scholar, I can attest that he is poised to make important contributions to the field,” Wiebelhaus-Brahm said. “Ra’phael is interested in how victims and conflict-affected communities respond to material and symbolic forms of reparation.”

Davis was also selected by the United Nations to work as a volunteer with Education Watch Pakistan, which focuses on human rights education, where he helped produce two books on the state of human rights in Pakistan.

“He has taken on several roles in the community that demonstrate his character, leadership, and citizenship,” Wiebelhaus-Brahm said. “He currently works with Global Ties Arkansas, which seeks to promote understanding by bringing foreign leaders to the U.S. He has interned with The Confess Project, which is implementing mental health awareness campaigns through social media and in majority African American neighborhoods to combat the stigmatization of minority men’s mental health.”

While at UA Little Rock, Davis found ways to give back to the community that have helped him become the man he is today. In addition to being a Donaghey Scholar, Davis has served as president of the International Honor Society of Philosophy, president and founder of UA Little Rock’s International Studies Association for Undergrads; and president of the Ethics Bowl Debate Team. He’s also volunteered as a mentor with the Student Affairs Success Initiative (SASI).

“SASI’s mission was compelling, because I would have the chance to be influential in helping other first-generation and minority students succeed in college,” Davis said. “I began mentoring a group of 9-10 students for the 2018-2019 school year with SASI. Thankfully, I was able to help the majority of these students on a one-on-one basis which I think improved their chances at educational success. One of my mentees was taking a math class, but he could not afford the textbook for the class. He also would not reach out to his family back home because of the extreme poverty he knew his family was facing. Within a matter of hours, I was able to connect him with the resources he needed on campus, allowing him to get his textbook and do well in class.”

Among his many accomplishments, Davis also earned a competitive Benjamin A. Gilman International Scholarship from the U.S. Department of State in 2019 to study abroad at Maastricht University in the Netherlands. As part of a course in social policy, he worked with other international students to develop a project on poverty and mental health in migrant communities in the Netherlands.

“We worked with a local nonprofit called Trajekt to help improve the lives of immigrants and forced migrants in the Netherlands by finding innovative ways to reduce poverty levels and foster social integration in trauma sensitive ways,” he said. “In the end, we developed a proposal for programming through funding from the Maastricht municipality to help with the community mission in another country. It didn’t matter that we might never see the people we would impact again, it only mattered that we improved the lives of others in the human community.”

Over the summer, Davis plans to work with fellow UA Little Rock alums Connor Donovan and Madeline Burke to create a virtual summer program on international and political affairs for high school students. The Gilman International Scholarship Alumni Network, of which Davis and Burke are alumni, has a COVID-19 action fund, and the UA Little Rock alums plan to apply for a grant to fund the summer program.

“If we get the grant, I hope high school students will learn that these careers are possible for them in political science and international relations, what colleges have strong programs in these areas, and to have an idea of what career options are available,” Davis said. “People often don’t know about the resources and job options that are available in these kinds of careers.”