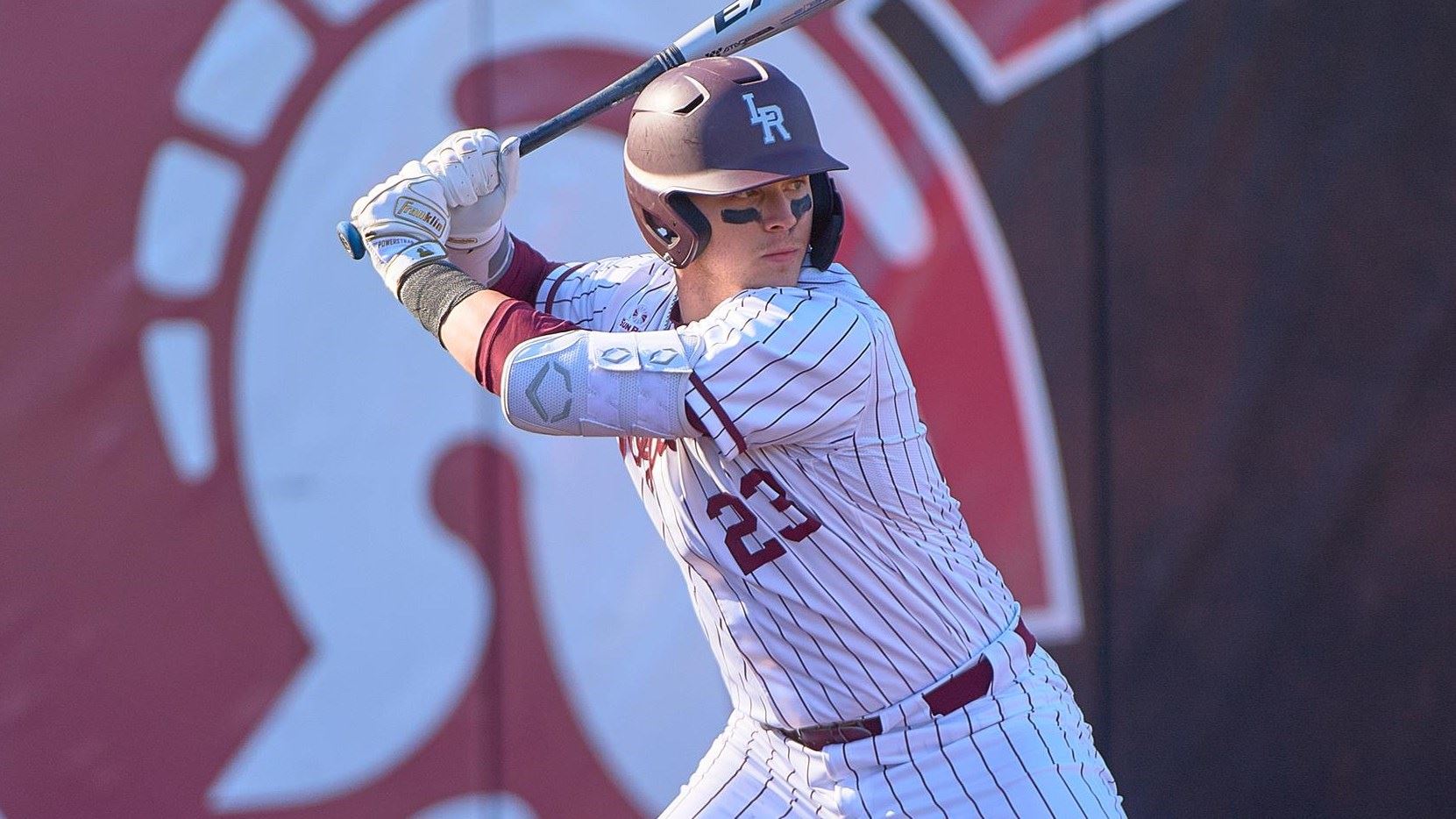 Little Rock catcher Kale Emshoff has agreed to terms in a free agent contract with the Kansas City Royals.

Emshoff becomes the 28th Trojan to sign a deal with a Major League Baseball program, marking the eighth-straight season at least one Trojan has signed a professional contract, extending the program’s all-time longest streak.

“We’ll say his name around this program for years and years to come,” said head coach Chris Curry. “One of the biggest disappointments for me is that Kale never got to have what should have been his farewell season, and it very well could have been the greatest season that never was. Kale means a lot to me and to this program and I’m excited for him, knowing how hard he worked and the sacrifices he made.”

Emshoff was off to a blistering start in 2020, drawing attention both regionally and nationally. He ranked eighth nationally in home runs (seven), ninth in total bases (48) and 11th in slugging percentage (.800), leading the Sun Belt Conference in each statistical category while also batting a league-best .417.

All this came off a lost season in 2019 spent recovering from Tommy John surgery for an injury sustained during fall practices. Dealing with the injury and the shortened 2020 season due to the global coronavirus pandemic, Emshoff played a total of just 17 games over the last two seasons, making his signing even more extraordinary.

For his career, Emshoff played in 112 games with 103 starts, batting .280 with 11 home runs, 24 doubles and 49 RBI, posting a career slugging percentage of .435. Behind the plate, he posted a .986 fielding percentage, registering nearly 800 put outs in under two and a half seasons.

Since taking over the program prior to the 2016 season, Curry has now seen at least one player sign each season, bringing the total to seven Trojans placed in MLB organizations under his watch. Emshoff becomes the fifth Little Rock catcher signed by a MLB club, joining Rick Guarno (Colorado – 2003), Brett Lawler (Florida – 2007), Robert Taylor (Florida – 2008) and Cameron Knight (St. Louis – 2017).