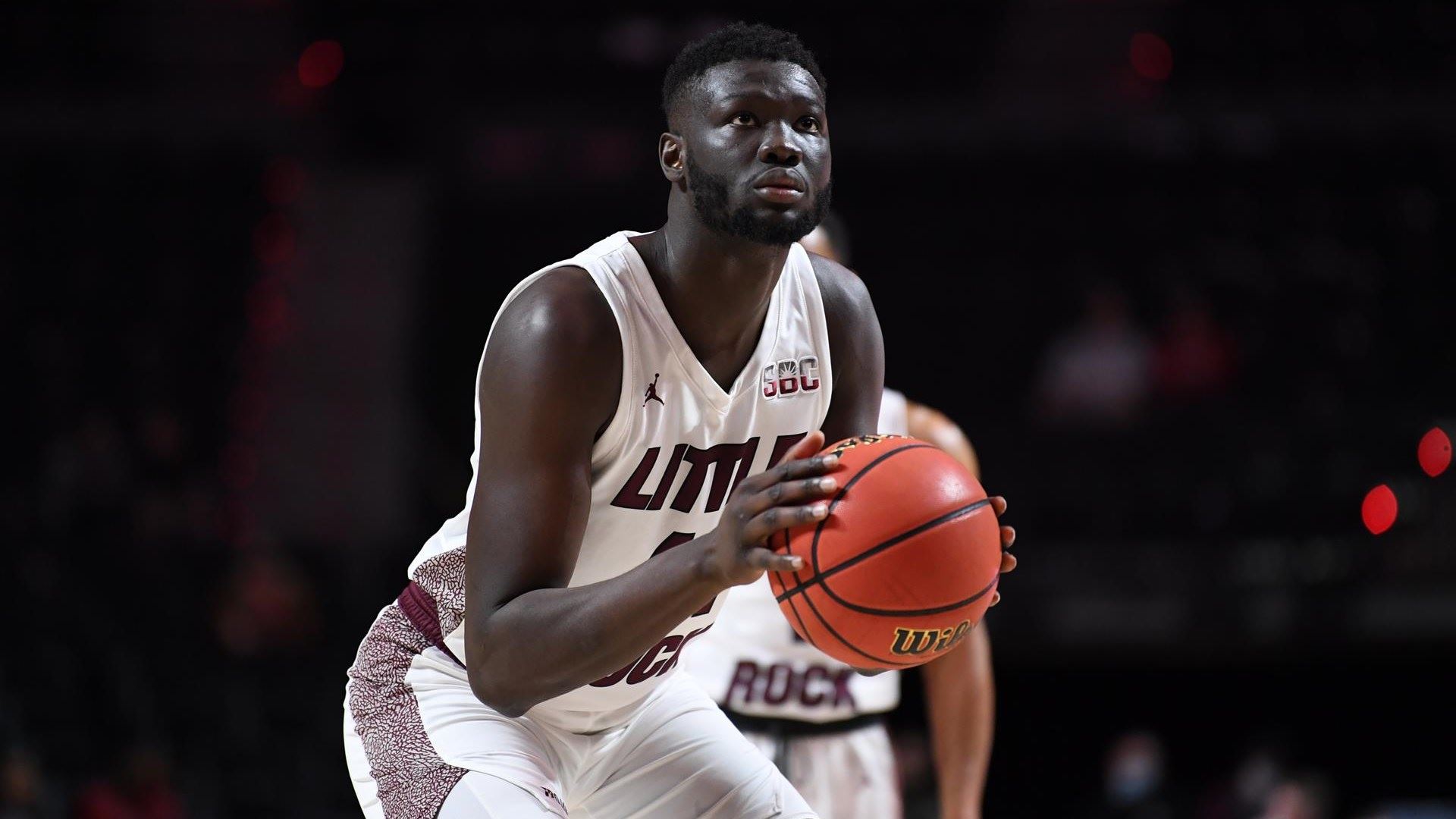 University of Arkansas at Little Rock senior forward Ruot Monyyong has been named the Sun Belt Conference’s Player of the Week, announced Jan. 11 by the league office. He becomes the third different Trojan to earn conference weekly honors this season.
Monyyong was instrumental in helping the Trojans earn a weekend split at Louisiana, averaging 18 points and 14.5 rebounds in two games against the Ragin’ Cajuns. Monyyong shot 52 percent from the floor (13-of-25) and was key at the free throw line, knocking down 10 of his 15 attempts (66.7 percent).

In Friday night’s contest, Monyyong scored 17 points on 8-of-15 shooting and pulled down 13 rebounds with a pair of assists and a block. The following night, the Nashville native played 40 minutes in the overtime victory, scoring 19 points with 16 rebounds, one off his career-best. Monyyong converted 9-of-11 from the free throw line, going 5-for-6 in the second half and overtime.

The Sun Belt’s Preseason Player of the Year, Monyyong has lived up to his billing this season. Through the first two weekends of conference play, he is averaging 19.3 points and 13 rebounds per league game, posting three-straight double-doubles. His seven double-doubles on the year is tied for fifth nationally as his 23 for his Trojan career ranks him tied for 13th among active players.

Monyyong and the rest of the Trojans return home this weekend for a pair of key Sun Belt showdowns with Texas State at the Jack Stephens Center. Game one against the Bobcats is set for Friday at 6:30 p.m., followed by game two on Saturday at 4 p.m.