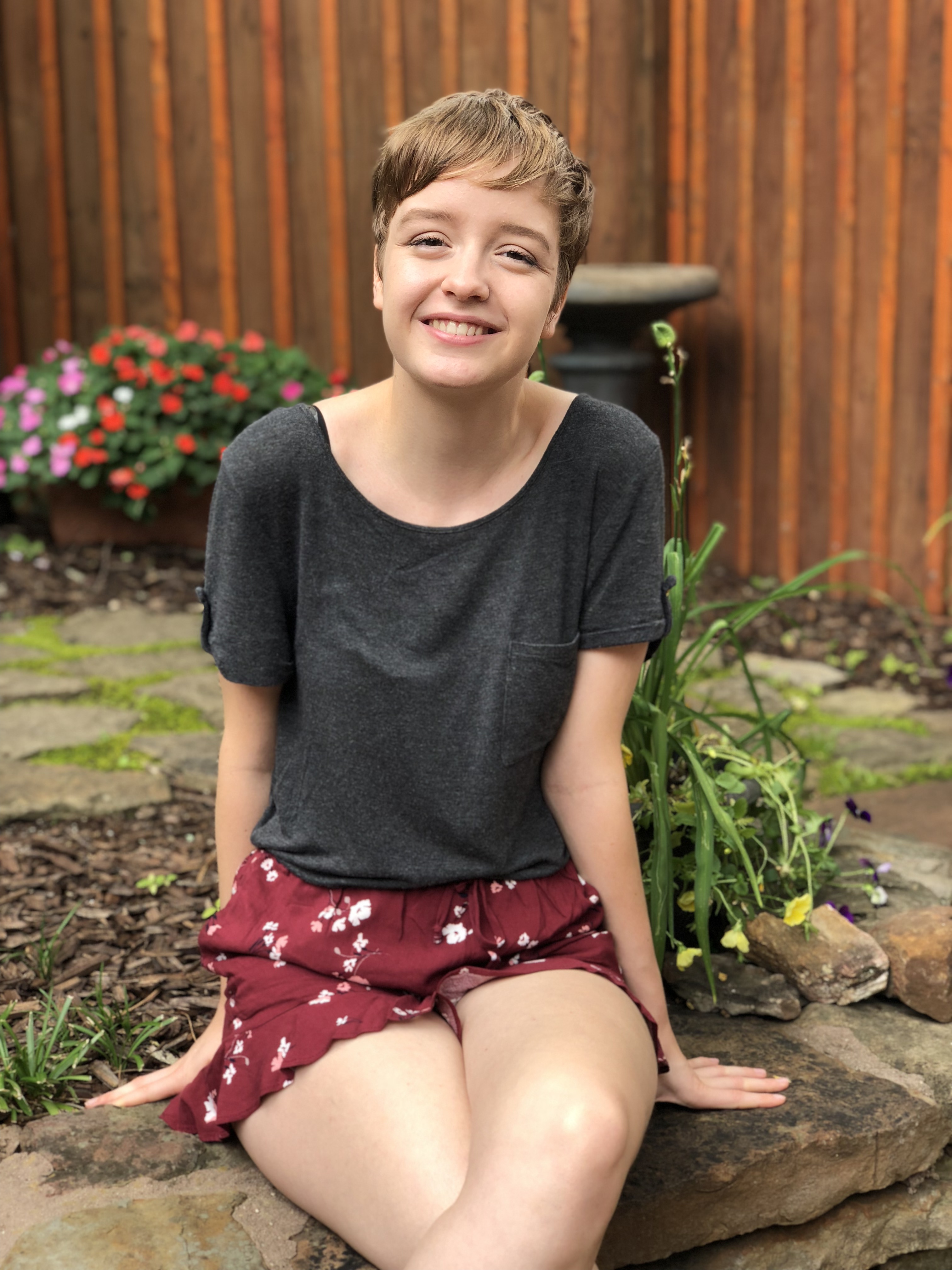 Emma Chambers, a junior Bachelor of Fine Arts major with a concentration in painting, has won the first student mural competition at the University of Arkansas at Little Rock.

“I was really excited that I won the mural contest,” Chambers said. “I hoped that I would get it because I believed in myself and my painting.”

The Student Government Association, in conjunction with the Faculty Senate Building and Grounds committee, created the mural contest open to all UA Little Rock students. Chambers received more than 750 votes for her design of swimming koi fish.

Chambers will paint the mural that will be placed on the west side of the Ottenheimer Library Lobby entrance. It will be eight feet wide and 16 feet long. She will receive $1,000 to complete the mural, including $150 for support materials, $650 for preparation, construction materials, and cleanup, as well as a $200 artist stipend.

“I am really into painting fish, especially koi fish,” Chambers said. “I grew up with a koi pond, and I’ve always been interested in the form of the fish. It’s very graceful. I wanted to provide a sense of tranquility and relaxation. I wanted something that would be calming and pleasant for students.”

Chambers said she also drew inspiration for her design from the koi fish mural in downtown Little Rock that was painted by Matt McLeod and UA Little Rock students.

Chambers is working with Ricky Sikes, artist-in-residence of painting, Peter Scheidt, assistant professor of furniture and woodworking, and Thomas Clifton, chair of the Department of Art and Design.

She is a Little Rock native and member of the Donaghey Scholars Honor Program. In addition to the BFA, she is earning minors in applied design-ceramics and Spanish. After she graduates in spring 2022, Chambers plans to attend graduate school to further her study of ceramics or open an art studio.

Chambers will complete the mural by April 30, and Chancellor Christina Drale will preside over the unveiling in May. A specific date for the unveiling ceremony will be forthcoming.