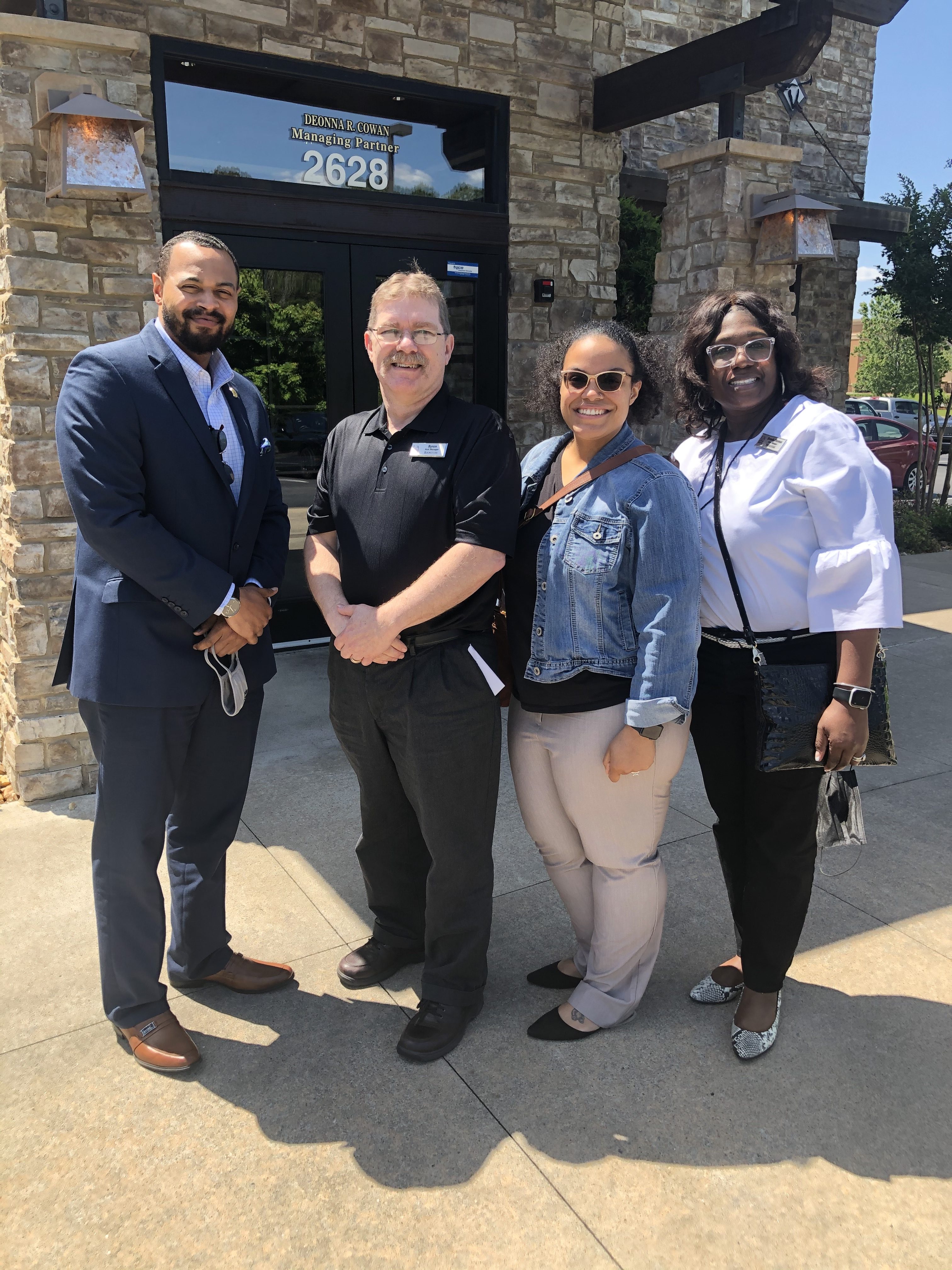 Byron Barger, assistant manager at the UA Little Rock Bookstore, has just achieved something that few in the workforce do nowadays, having worked and retired from the same place for his entire working career.

Barger grew up in Mabelvale and first joined the bookstore after graduating from John McClellan High School in 1976.

“I was 18 when I started. I was going to come to school at UALR, but a friend of mine who I graduated high school with had gotten a job, and he thought I could get on at the bookstore,” he said. “I was hired by Rick Burton, who was the shipping supervisor at the time. The bookstore was located in the two-story building in front of the library.”

One of the things that Barger loved the most about working in the bookstore was the opportunity to get to know all the new students and employees.

“Working in bookstore retail is different from anything else,” Barger said. “I would have students come in that I would help every semester. They get familiar with you being the go-to person for textbooks. Brenda Thomas would call me the book guru. I enjoyed meeting new professors, seeing old ones retire, and building relationships with students.”

Barger has spent the majority of the last 45 years working in the UA Little Rock Bookstore. His favorite administrators over the years include Preston Slayden, a retired dean of students, and Dr. Charles Donaldson, a retired vice chancellor.

“Our working relationship with them was so fantastic,” Barger said. “They were my favorite people. I was aware of them when they were in graduate school. They student taught at my junior high school.”

When Barnes & Noble leased the bookstore in 1993, Barger shared his knowledge by mentoring other campus bookstores throughout the years.

“I got to help mentor other stores learning the process for Barnes & Noble,” Barger said. “I got to teach other stores the process of the book business. Barnes & Noble had taken on a store at Grambling State University. For the first two or three years, I went there and I helped train the staff down there. I would come in and the manager would ask me to show them different things. They would call me if they had questions. I have done that with many other stores during my career.”

Throughout his bookstore career, Barger is also thankful for the great managers he’s worked with.

“I’ve had three great managers,” Barger said. “Maybeth Johnston was there for a few years, and then they hired Rick Burton, who was over shipping and receiving. I worked with him for 20 years and he recently passed away. He was great.”

In addition to Burton, Barger has worked the longest with Brenda Thomas, current manager of the UA Little Rock Bookstore.

“Brenda came on board, and she’s been a wonderful person to work for,” Barger said. “She and I just clicked. She’s been a great boss, and I enjoyed working with her. Since she’s been there, Brenda and I have been the only constants. That’s the reason we’ve got to be good friends and coworkers.”

After working with each other for more than two decades, Thomas said it’s hard to imagine life without Barger at the bookstore.

“I have worked with Byron for 21 years! He is one of the nicest people I know,” she said. “He is always willing to do whatever is needed to take care of the faculty, staff and other members of our Bookstore family. We will miss him but I am happy for him and his retirement!”

Barger, 62, and his wife, Malenda, live in Avilla and have six children. They first had Nathan and Nicole and then adopted four more kids: Jaime, Marcus, Joshua, and Cam. Barger said he is already enjoying retirement and is spending time with his family and keeping busy with home improvement projects.

“I feel great about retirement. I’m on a perpetual long weekend,” Barger said. “I’ve been semi-retired for quite a while because my wife had gotten COVID and pneumonia. She had cancer last year and survived that but she said COVID was worse than cancer. I like retirement so far. Right now I am taking care of my wife. We have a big camper trailer, and we will be doing some camping around Arkansas when she gets better. I always said when I retired I’d have plenty to do. I’ve already painted three rooms in the house.”