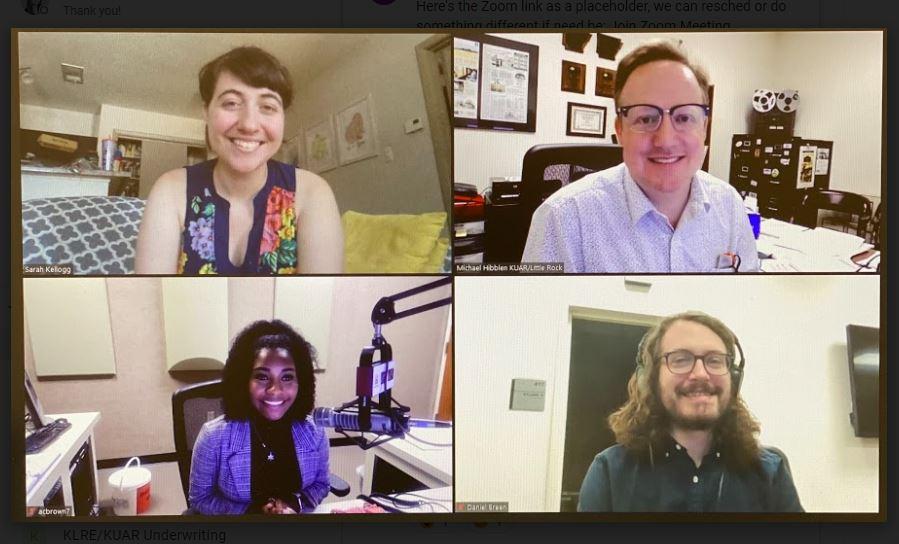 UA Little Rock Public Radio is celebrating the success of its KUAR News Team for its honors in the 2021 Diamond Journalism Award contest.

The contest, sponsored by the Arkansas Pro Chapter, Society of Professional Journalists considered work from journalists in Arkansas and six neighboring states.

“Independent and local reporting is vital to the health of our democracy. We have seen the evidence of this first-hand in the pandemic and in the run-up to the 2020 election,” said Nathan Vandiver, general manager of UA Little Rock Public Radio. “It’s an honor to serve our community in this way, and it’s especially an honor for the hard work of our news team to be recognized among such an impressive group of journalists from across the region.”

KUAR News received honors on six stories from the past year.

“It’s great to see KUAR’s news department being honored for its reporting, especially when competing against radio and television stations from states within this region of the country,” KUAR News Director Michael Hibblen said. “I’m extremely proud of the work of our news staff.”

“The breadth of what you covered, while focusing on the volunteer, is impressive,” judges said of his political entry, and of his education story, “This was a very strong entry. The story included a lot of voices with different perspectives on the problem and how to address it. Well done.”

Judges also recognized freelance reporter Anna Stitt, who produced a series, Covid-19 Inside Arkansas Prisons, for KUAR News. This series was supported by the National Geographic Society’s COVID-19 Emergency Fund for Journalists. Stitt’s series received third place honors in the Documentary/Investigative, Broadcast category. Judges gave Stitt’s reporting high marks for accomplishing “the basics of what we do – give voice to the voiceless, and hold the powerful accountable.”

UA Little Rock Public Radio is a listener-supported public service department of UA Little Rock based in the College of Humanities, Arts, Social Sciences, and Education.