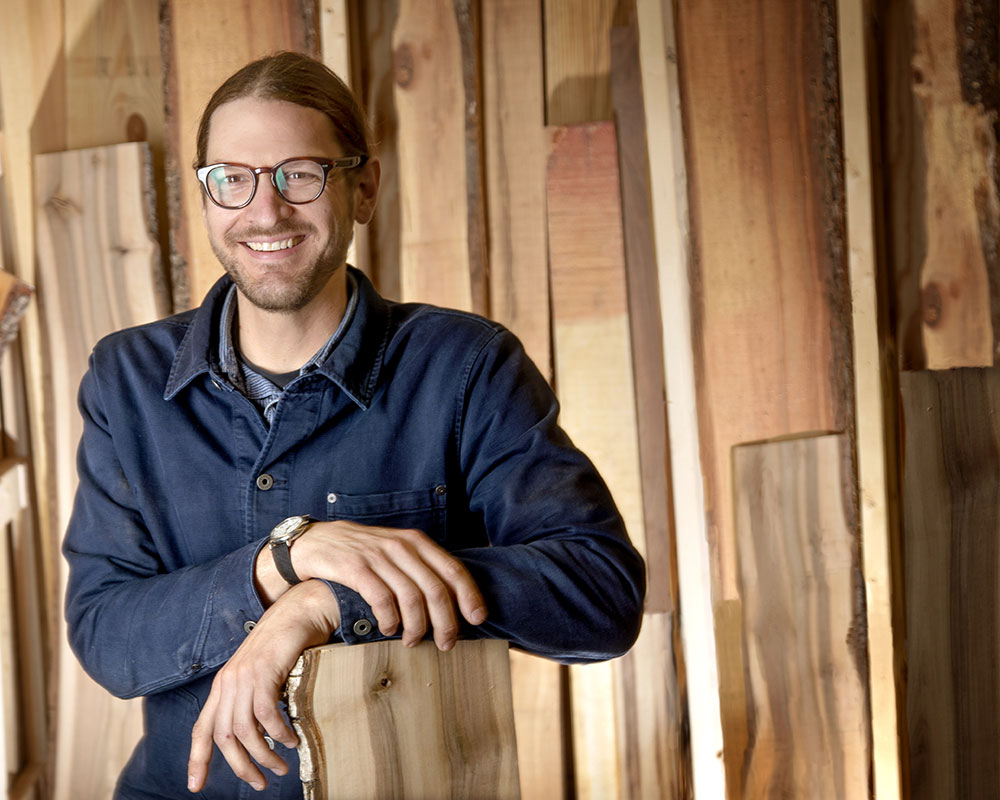 The furniture sculptures of Peter Scheidt, UA Little Rock woodworking professor, are on display at the Historic Arkansas Museum in Little Rock in a new exhibit featuring how local artists have reinvented abandoned objects that might otherwise be considered metaphorically dead.

The exhibit, “An Unbroken Circle,” is on display in the Trinity Gallery at Historic Arkansas Museum until Jan. 23, 2022. The exhibit also features works by Little Rock photographer Tim Hursley and Little Rock quiltmaker James Matthews.

Scheidt’s furniture sculptures, Hursley’s photographs, and Matthews’s textile pieces come together for this exhibit bound by concept, rather than visual compatibility. The artists use creativity and skillful labor to revive objects, structures, and landscapes that might otherwise be considered metaphorically dead.

Abandoned objects are reborn through relationships of interdependence: between those who originally made a thing and the artist who recognizes potential for alteration where others see only trash. The circle is completed when the viewer interprets the item anew. The artists’ thoughtful modifications reinvent cast-off items and invest them with fresh aesthetic meaning while preserving their original histories.

Scheidt’s pieces include “Chair-bar cube (after Hans Wegner)” and “Chair-valet,” which are made from found chairs, ash, paint, steel, aluminum, walnut, poplar, and hardware.

“I have always been interested in the act of repair,” Scheidt said. “Like hot rodders do, I’ve heavily modified these objects while repairing them. I have a huge respect for furniture craft tradition but simultaneously want to challenge myself to work irreverently. I try to stay true to the authentic purpose and form of the furniture while also transforming it with a sense of humor and playfulness.”