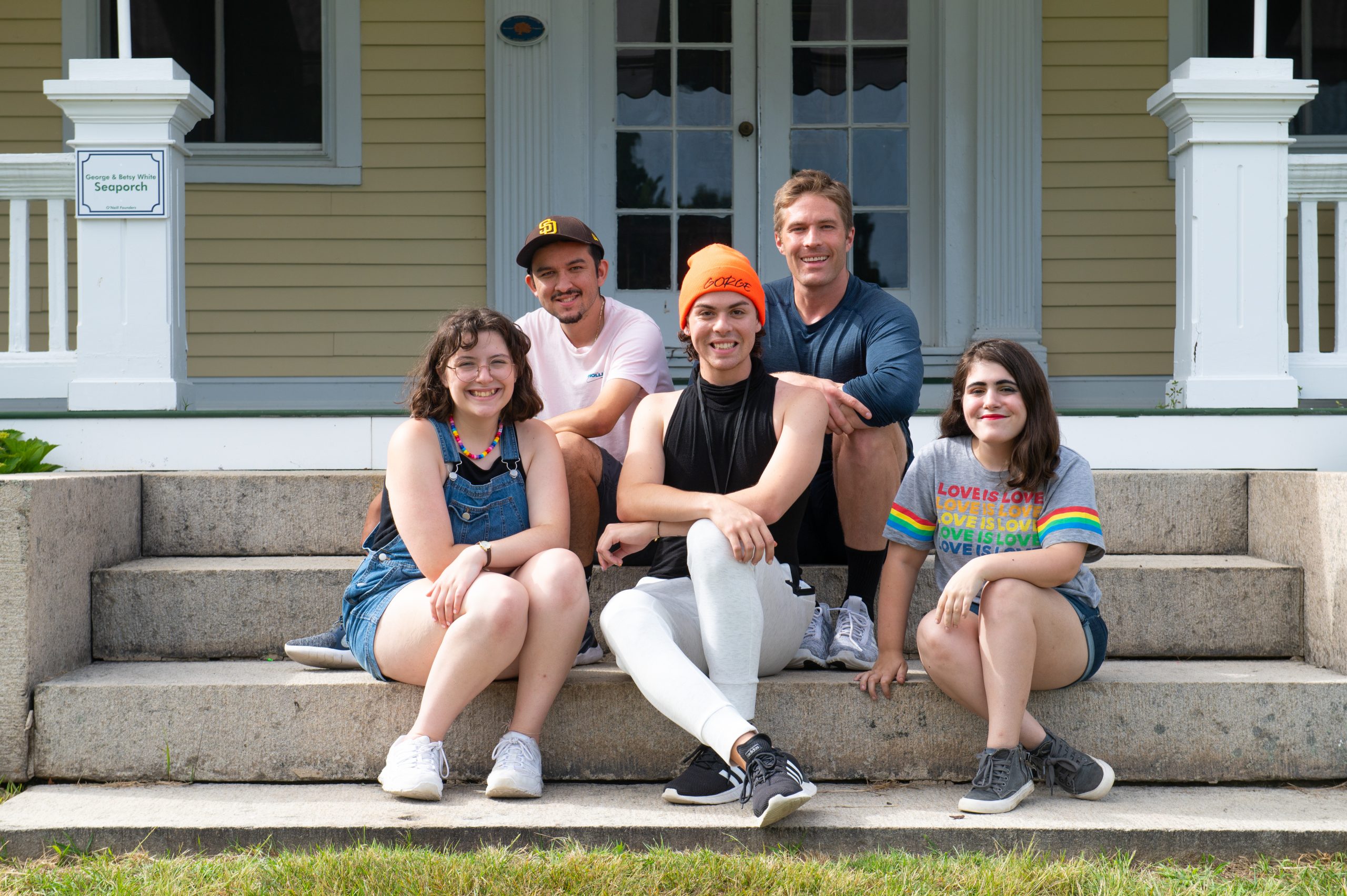 Gage Pipkin, a senior theatre major and Donaghey Scholar from Jonesboro, finished the National Theater Institute’s Theatermakers Summer Intensive program during June and July at the Eugene O’Neill Theater Center in Waterford, Connecticut. He was one of five playwrights in the 26-student program.

“There are no other words to describe my experience at the National Theatre Institute Theatermakers program other than one challenging, magical state of existence,” Pipkin said. “To be able to make art unapologetically with others during such times is something I will never forget. NTI has opened the door to a whole community that I now cannot imagine my life without and taught me that art can be made anywhere as long as you have brave, trustworthy people in your company.”

The National Theatre Institute led Gage to create a network of artists that he said will be valuable in his future career in the arts.

“This program opened my world vastly to other artists,” Pipkin said. “Because we shared our artwork, I feel close to those people. Now I have a whole community of artists that is mainly on the East coast. My playwriting mentor for the program, we stayed in contact and we had a meeting about my work when I was in New York. Some of the other students may want to direct my work at their school. That is a possibility because of this program.”

Two of the four original works that Pipkin wrote and were produced during the summer program include “ALEXANDRITE” and “OTHERWORLD: A Queer Nightlife Musical.” Set in a pseudo world reminiscent of the Salem witch trial period, “Alexandrite” centers on Ruby, a young woman who is sexually assaulted by the town’s pastor and later put on trial for being a witch.

“It deals with taking power back and what happens when a person’s power has been stripped away,” Pipkin said. “’OTHERWORLD’ is the total opposite of ‘ALEXANDRITE.’ The play takes place in a fun, interactive nightclub environment. It’s like a children’s musical for adults, and it covers the journey of a fantasy club world.”

Pipkin also earned an $8,000 scholarship to attend the Theatermakers Summer Intensive. He’s thankful to his mentors in the Department of Theatre Arts and Dance and the Donaghey Scholars Honors Program for their support.

“I wouldn’t have been able to take part in this opportunity without the UA Little Rock Theatre Department which so passionately supports the creation of new student work,” Pipkin said. “It was here that I realized playwriting was not a job or career but a duty that we as artists should take on in order to make sure the stages in this world reflect our current human condition. This department gave me the tools I needed to pursue such opportunities to practice my craft. I just am continuing to learn to use these very tools.”

In the upper right photo, Gage Pipkin, center, is one of five playwrights who participated in the National Theater Institute’s Theatermakers Summer Intensive program this summer. Photo by Isaak Berliner, resident photographer for the O’Neill Center.